Am I Depressed or Sad? 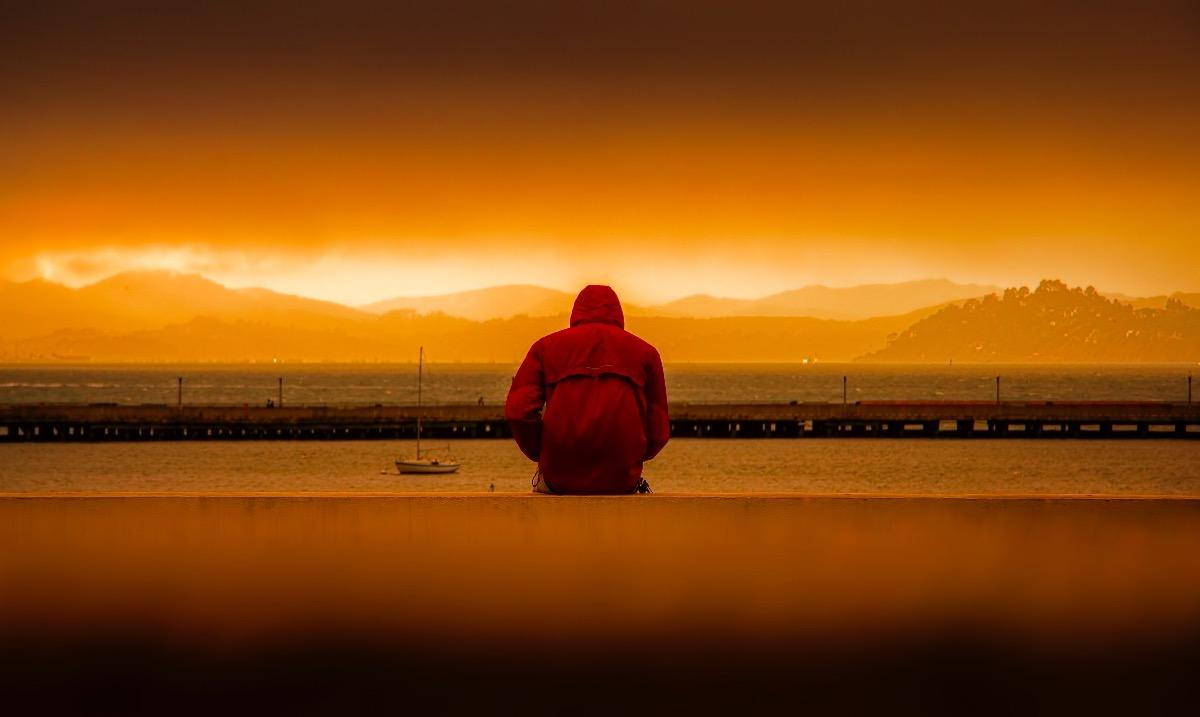 It’s easy to mistake sadness for depression, and depression for sadness. Many people who are sad are worried that they might be depressed, while others who are truly suffering from depression have no idea – they think they’re just dealing with sadness. Because depression’s main symptom is persistent sadness, it’s not surprising that so many people confuse the two.

It’s important to be able to differentiate between feelings of depression that you just can’t seem to shake and temporary feelings of sadness that you might feel now and then.  And because “I am sad,” is a simple, honest statement,  and “Oh, I’m so depressed,” can either be truthful or an exaggeration, it’s become increasingly important for us to pay attention to the signs which will reveal whether a person – whether it’s you or a friend – has depression, which is a serious condition that requires treatment, or normal, passing sadness, which will go away on its own over time.

What’s the difference between sadness and depression?

Andy, 14, just failed his math test. He studied for it for a week, skipping bike rides with his buddies and even asking his parents to change the Wi-Fi password so he wouldn’t be tempted to surf the net. He was devastated when he got his mark back in class.

Andy moped for a week; he hung out in his room and wouldn’t talk to his parents. He’d always struggled with math, but he really felt he had it this time. After putting so much honest effort into studying, he was starting to feel like he really was just stupid, and that he’d never get it.

The following Monday, Andy’s teacher approached him. She knew he worked really hard. She shared that when she was younger, she had a hard time with tests too. She asked if Andy might want to take the test again, this time in student services, where he could retake the test without any distractions. Andy agreed. Even before he retook the test, he was already starting to feel better. His teacher’s support and the opportunity to take the test again really lifted Andy’s spirit. After several days, he was back to cheerful Andy, riding his bike through the park and swinging a baseball bat with his friends.

Evelyn, 35, became pregnant after three years of trying. When she passed the first trimester, she and her husband, Max, felt it was safe to share the news with friends and family. They threw a big party and invited the whole neighborhood to share in their happiness.

Evelyn stayed in bed for three days. She refused to shower or brush her hair. Max was devastated too, but he was able to go to work. He went out with his brothers and dealt with the pain of losing their first baby with as much strength as he could, using humor and faith to get through it. But for Evelyn, her sorrow was so deep she felt as if at any moment she might stop breathing.

Evelyn’s mother, who’d also experienced a miscarriage decades before, tried to soothe her daughter. She explained that it wasn’t Evelyn’s fault, that it was a medical mystery, and that she and Max could try again when they were ready. Her efforts to console Evelyn were futile; sometimes, Evelyn would fly into a rage, and other times, she would collapse on the floor in tears.

It would be months before Evelyn would finally agree to see a therapist, and months after that before she began to recover from her deep depression.

You may not share Andy or Evelyn’s stories, but you may recognize some of your own symptoms. Perhaps you feel sad because of a challenge or a disappointing event. But you also notice that as time wears on, that sadness lifts, and you’re able to get over or through that difficult event. But perhaps you feel sad about everything in your life, and all your thoughts, emotions and perceptions are negative and painful. You just feel horrible about absolutely everything, and you might not even know why. You’re sleepless, frustrated, fatigued, and exhausted. And yes, you are inexplicably, awfully, and dreadfully sad.

What are the true symptoms of depression?

At least five of the following symptoms must be met for a solid two weeks or more to be diagnosed with depression. That said, we encourage that you use this chart for informational purposes only and still seek the advice of a mental health professional or a doctor for a diagnosis.

1. Depressed or irritable mood most of the day that does not lift.
2. Decreased or full loss of interest in activities you once enjoyed.
3. Major changes in appetite and/or weight (either extreme weight loss or weight gain).
4. Difficulty falling asleep, staying asleep, or sleeping too much.
5. Slowed movements or restlessness.
6. Overwhelming exhaustion, sluggishness, and overall lack or loss of energy.
7. Feeling worthless, hopeless, or guilty on most days.
8. Difficulty thinking, focusing, decision making or concentrating.
9. Hoping for or thinking of death or suicide.

Is being tired a symptom of depression?

The truth is that fatigue, or extreme exhaustion that just doesn’t seem to go away even after several hours of sleep, is connected to depression. In fact, it’s highly unusual for a person who is living with depression to not be tired. And because fatigue affects people emotionally, physically and cognitively, slowing everything down, it worsens the other symptoms of depression too.
Rory, an interior designer, says that her depression makes her want to sleep all the time. “I’m not one of those with insomnia,” she says. “I can sleep anywhere and everywhere, but the problem is that I am so tired no matter how much sleep I get. It’s not a complaint anymore – it’s just how I live. Sometimes I wonder how I’m surviving this.”

Fatigue is often described as loss of physical energy, but experts say there’s a lot more to it than that. People who are exhausted and always tired are unable to focus, have memory loss, and suffer from an inability to make decisions.

Physically, people who are always tired exhibit signs of low energy, lack of physical endurance, weakness, sluggishness, and sleepiness. They might feel like it takes great effort to complete even the smallest tasks. Cognitively, people who are depressed and always tired have difficulty paying attention, can’t keep up mentally at work or even in casual conversation, and are slower to think and respond than those who aren’t suffering from depression or chronic fatigue. Emotionally, people with depression and high levels of exhaustion find they’ve lost interest in the things or people they love, are always overwhelmed, may be extremely bored, or “just don’t feel like trying” anymore.

So “why am I always tired?” you wonder. Well, studies have found that it takes people with depression a much longer time to fall asleep, and because of that, they sleep less. Depressed people experience very little to no deep sleep, and they’re more likely to wake up often throughout the night, which is disruptive to the sleep cycle. Sometimes, depressed people are so frustrated that they can’t sleep that they just get up anyway – adding to their lack of rest.

When your body is fighting itself, it’s tiring! Even getting out of bed is a challenge and a chore. Experts remind us that energy is required not just for the physical things – walking, brushing your teeth, taking the dog out – but also for things like having conversations with loved ones, completing tasks at work, and running simple errands. A person with a full schedule and a healthy state of mind would be exhausted at the end of the day – just imagine a person with a full schedule and in a depressed state.

But why am I so depressed?

Depression affects people of any age, gender or background. The reasons for depression vary, and are different for everyone.

However, there are several risk factors for depression, listed below. It’s important to note that having one or more of these factors doesn’t mean you’ll become depressed, but if you are depressed and recognize one or more of these items below, it’s a good idea to seek the advice of a therapist or a doctor so you can begin treatment and head on the road to recovery.

How can I cope when I’m always tired and depressed?

There are ways to cope with being tired and depressed. It’s recommended that you seek the advice of a professional, but there are things you can do on your own that will help.

Exercise. It seems counterintuitive that you would work out and make yourself even more tired, but the links between physical activity and an improved mental state are well documented. Tara, a radiology technician and yoga studio owner, strongly suggests getting any kind of exercise especially when you’re exhausted. “I have several clients coming into the studio who have a history of depression, and they say that exercise is a more powerful medicine than any prescription out there,” she says. “It’s been a tremendous benefit for so many people, and for even those with severe depression, I’ve seen that a combination of therapy, medication and exercise has made for phenomenal change.”

Get rest whenever you can. Moms of newborn babies are encouraged to sleep when their babies sleep so they can have as much shut-eye as possible. It’s the same of those who are unable to sleep at regular hours like humans who aren’t suffering from depression. “Getting in a 20-minute power nap can be extremely helpful in getting through the rest of the day,” says Tara. “It’s better than nothing, and sometimes, that 20 minutes is all you need to feel refreshed and ready to take on the next thing.” At night, if you’re having trouble sleeping, try these tips: turn off all electronics at least half an hour before bed, invest in blackout curtains, keep your bedroom at a comfortable-to-slightly-cooler temperature, and try out a weighted blanket, which mimics the calming feeling of being swaddled. That deep-pressure touch the blanket provides helps promote relaxation and allows your body to de-stress.

Eat a healthy and well-balanced diet. Depressed people either increase their food intake (usually leaning toward less-than-healthy choices) or lack the appetite to eat three square meals. Consciously choosing foods that are good for you – fruits, vegetables and lean meats – will assist in upping your energy levels. High-energy foods like grains, beans, yogurt, and blueberries will help you maintain your strength throughout the day and pack your body with nutrients. “I always suggest carrying around a small bag of carrots or cashews to snack on throughout the day, even when you’re not super hungry,” says Tara. “I’m not suggesting you eat for the sake of eating, but usually when you start to feel hunger pangs means you’ve waited a little too long to fuel up. I also suggest drinking lots of water throughout the day. People are always surprised how much dehydration can affect the body and mind negatively.”

If you are having difficulty assessing whether you are sad or depressed, contact us today for a free 15-minute phone consultation and speak to a caring, licensed professional about therapy options.