I'm depressed, and I think it's my job. Is this normal? 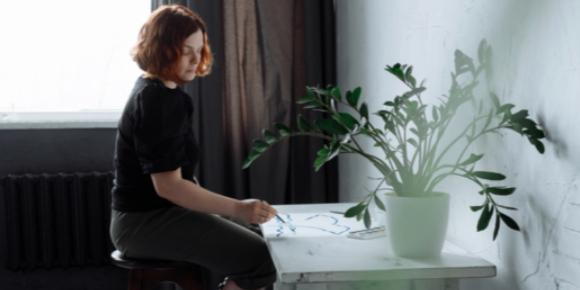 “I was on autopilot for a long time, but didn’t think of it,” she explains. “I was making really good money, I was really good at my job, but I wasn’t connecting that it was because of my job that I was gaining all kinds of weight and becoming really irritable – no, downright nasty – to people in my life.

“I knew I was shaky every morning, and I knew I hated Mondays and even Fridays because there were only two days in the weekend and I’d be right back at it on Monday,” she continues. “But what was to hate, right? I was easily making six figures, I got to travel to all kinds of places, and got generous praise from the powers that be.

“But I was miserable. I hated my life, and I didn’t know why.”

But one April afternoon, Sandra says she stared long and hard at her computer, wondering what might happen to the firm if she took her own life.

It was a shocking thought for the mother of three.

“It was one of those moments where it feels like the whole world is spinning and you can’t get off,” she whispers. “I was like, ‘Whoa. How did I get here?’”

What Sandra didn’t know was that the anxiety and sadness she was feeling, not to mention the irritability and the disconnecting from her close friends and family, was a collection of depressive symptoms that millions of Americans experience every year.

While not all of those diagnosed with depression will report that work is what triggers the symptoms, many do – like Sandra.

Often, it’s not the job that actually causes the depression, but the environment or the atmosphere may increase symptoms for those who already have depression, or who are at risk for it. If the workplace doesn’t have systems in place to support people with mental health challenges or disorders, the symptoms could become even worse.

Toxic or negative work environments can and have been known to cause mental health concerns, but employees have reported high levels of absenteeism, substance abuse, and minimized productivity.

And the symptoms may not subside after hours – they may start at work, but they’re likely to be carried into the home, too.

Some of the signs you may be depressed include the following:

•Heightened anxiety
•Persistent feelings of sadness
•Crying “for no reason” at work
•Confusion, irritability, or forgetfulness
•Hopelessness or worthlessness
•Guilt or regret
•Making numerous mistakes at work
•Low energy and lack of motivation to complete tasks
•Trouble sleeping at home
•Headache, stomach pain or fatigue
•Self-medication
•Withdrawal from friends, family members and close colleagues
•Lack of confidence
•Subpar performance in areas you once did well in
•Appearing tired or unkept

It’s good to note that while everyone experiences work stress now and again, it’s not the same as work depression. Work stress passes; depression persists.