My child has separation anxiety and refuses to go to school. Help! 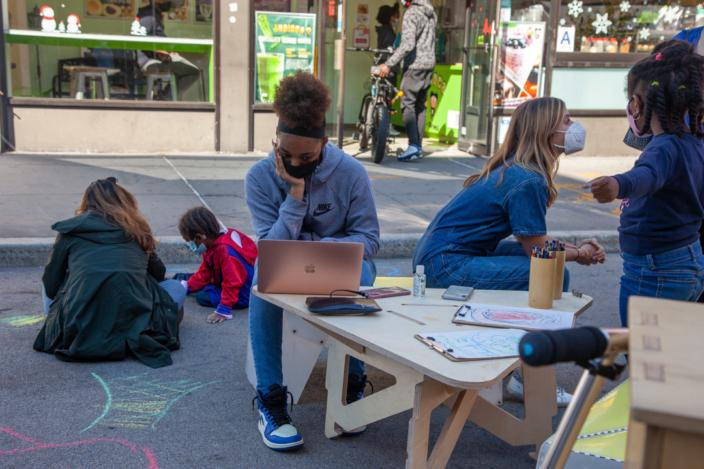 As the summer winds down, millions of children are getting ready to head back to school. For most of them, it’s an exciting and happy occasion, hugging friends they haven’t seen for months and meeting new teachers for the first time.

For others, however, it’s an overwhelming, scary experience.

Now 14, Tristan is attending high school for the first time. He was diagnosed with separation anxiety disorder when he was seven. Willa, his mother, is an advertising executive who now works primarily from home, but who often traveled pre-pandemic, much to Tristan’s distress.

“I was out of the house probably four times a week, in and out of airports as I was establishing my career,” shares Willa. “Tristan was always a very affectionate kid, but his reaction to my leaving was getting more and more severe.

“It got to the point that he was hyperventilating and throwing up the night before he knew I was leaving. We tried everything: we tried pretending I was just going to the grocery store, we tried talking to him like a grown up, we tried all these things that in retrospect probably made it worse.

“Until we saw a therapist, it was absolute chaos.”

Separation fear is common. From 8 months of age to three, many kids worry about being separated from their parents or loved ones. These kids might cry a little, or may even have a tantrum or two, but once the parent or caregiver has been gone for a while, they’re likely to calm and move about their day.

But for kids who have separation anxiety disorder – which is defined as excessive and developmentally inappropriate anxiety over being separated from their loved one, parent or caregiver – it doesn’t go away just like that.

When a child has SAD, they may complain of stomach distress, including stomachaches, nausea, or vomiting. They may complain of headaches and fatigue. They might cry, become excessively stubborn, or become surprisingly aggressive.

Inside, these kids are worried. They’re worried about terrible things happening to their parent(s). They worry something will happen to them, like getting sick, kidnapped, or caught in a natural disaster. They’re scared something is going to happen that will prevent them from every coming home.

At the beginning of the school year, kids who have SAD are in a very uncomfortable, terrifying place. Because of their runaway fears, they’re likely to refuse to go to school. If they go, they may delay their attendance or leave early, or cause disruption at school that would permit them to be excused from their classrooms.

It’s something Willa worries about even today, even though Tristan has improved significantly through the years.

“I went to therapy too because I needed to know this wasn’t my ‘fault,’” says Willa. “I needed to know how to keep up with his treatment plan and how I could support him without enabling him, while also not dismissing his fears.”

Not all kids with SAD will showcase symptoms of the disorder for as long as Tristan has. Most kids get treatment for SAD over approximately 12 sessions of cognitive behavior therapy, although some kids have shown improvement after only six. Experts urge parents to ensure that they’re part of the treatment plan, no matter how much the child wants to go back to how they interacted before therapy began.

SAD is a treatable condition. Even with the possibility of relapse, learning how to manage the symptoms is key to a comfortable existence.