Iceland Experiment with Teen Drug and Alcohol Use 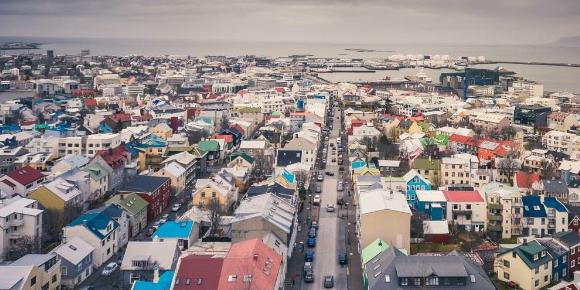 It’s a story that has impressed the world, a challenge seemingly so impossible for other countries to experiment, adopt and win.

In the last two decades, Iceland has significantly slashed the numbers of teens smoking, drinking and using. But how?

Twenty years ago, Europe reported that Icelandic young were among the heaviest drinking across the entire continent; teens roamed about the streets of Reykjavik, many high, many in a drunken stupor. This wasn’t your average teen experimenting with a little alcohol – these were, essentially, children, falling down drunk on the streets of Iceland’s historic capital.

Experts, including Harvey Milkman, an American psychology professor, recall the beginning of Iceland’s drug revolution, which began in the 1970s. LSD and marijuana were all the rage, including heroin and amphetamines, selected by people based on how they chose to deal with the stresses of life. For those who wanted to be numb, heroin was the best option; those who wanted to be able to “control” their angst and pain chose amphetamines.
Milkman’s internship at the Bellevue Psychiatric Hospital in New York City culminated in the completion of his doctoral dissertation, in which he argued those very points. Shortly after the publication of his work, the US National Institute on Drug Abuse called upon a team of researchers (including Milkman) to find out why people begin to start using drugs at all, why they choose to continue, when they may stop, and when or if they might relapse. Milkman knew the answers to why teens begin to choose drugs was easy to find – drugs are accessible and available, and some kids are either risk-takers or depressed – but the answer as to why they continue came to him in what he described to Mosaic Science as his “version of the aha experience.

“They could be on the threshold for abuse,” he claimed, “before they even took the drug, because it was their style of coping that they were abusing.” Milkman noted that addiction was not limited to drugs – anyone could become addicted to anything, including money, sex, or cars. The addiction was to the changes in one’s brain chemistry, not necessary the product itself.

While developing the idea of behavioral addiction at Metropolitan State College of Denver, Milkman and his colleagues had another bright idea: to devise and create a social movement around what could be considered a “natural” high, a euphoric state reached by people getting off on their own brain chemistry. It seemed to Milkman that people weren’t choosing drugs because of the drugs themselves; they were merely looking for a way to change their consciousness. Unfortunately, without education or skill, teens  - from every walk of life and from every area of the globe - relied on drugs to establish this enraptured escape from reality. Milkman set out to change that.
In 1992, Milkman and his Denver-based team won a government grant worth $1.2 million. This grant would fund Project Self-Discovery, a program designed to offer teens an alternative to drugs and alcohol in the form of natural highs.

The collection of teens they accepted came through referrals from school counselors, nurses and teachers. Those who were taken in were at least 14 years old; none of them saw themselves as needing help or treatment. They were, however, known for committing small, petty crimes and having a history with drug use.

Milkman told press that his team “didn’t say to them, ‘You’re coming in for treatment. We said, we’ll teach you anything you want to learn.’”

The teens were offered classes in music, dance, art and martial arts. Through these classes, Milkman and his team hoped to be able to alter the teens’ brain chemistry. They believed that through such healthy activities, the kids would learn how to cope with stressors and life through much more meaningful, positive avenues.

In addition to these classes, each teen received training in life skills and cognitive behavioral therapy, which allowed them to improve their thought processes, and in turn, how they interacted in their personal relationships. Instead of the popular (and less successful) traditional drug education programming, Milkman exposed these kids to life skills training, which he believed kids benefited from – and paid attention to - more than outdated drug awareness campaigns.

The results from this program were astonishing. Milkman’s team reported that although the program was only intended to be three months long, some kids elected to stay for an astounding five years.

Iceland took notice of Milkman’s work. In 1991, Milkman flew to Iceland at the request of their government, where he would speak about his ideas and discoveries. The first residential drug treatment centre for adolescents and young people had just opened in the town of Tindar, and Milkman was called upon to be a consultant there.

Met with much praise, Milkman began to visit the country regularly, educating the staff and the centre’s inhabitants. A researcher from the University of Iceland, a young woman named Inga Dora Sigfusdottir, reached out to Milkman.
Sigfusdottir’s curiosity was peaked. She was delighted with Milkman’s work, but wanted to take it a step further, seeking to create a program not to treat kids who already had established problems with drugs and alcohol, but one to prevent kids from such kinds of substance abuse even before it began.

Some of the questions asked of 14-, 15- and 16-year-old Iceland teens in 1992 (then in 1995, and then 1997) included the following: Have you ever tried alcohol? When? Have you ever been drunk? Have you ever smoked cigarettes? How often? How much time do you spend with your parents, and do you have a close relationship with them? What are some of the activities in which you participate?

The results of the survey shook the country. Nearly 25 percent reported smoking daily, with 40 percent getting drunk at least once over the last month.

More interestingly was the remainder of the data, which provided experts with a microscope into the darker lives of teens. They knew exactly which schools suffered the worst problems, as well as which suffered least; they knew, after compiling the data, which teens drank, smoke and engaged in other illegal activity.

Clearly, with the exception of these protected few, despite Iceland’s loud anti-drug and anti-alcohol campaigns, teens ignored the warnings on substance abuse. They just weren’t listening (and neither were the kids in the United States, where similar campaigns were being run).

Sigfussdottir founded the Icelandic Centre for Social Research and Analysis in 1999, when even the mayor of Reykjavik was convinced the situation had to be drastically improved. With Milkman’s studies and findings, a program was rolled out nationally called Youth in Iceland.

Youth in Iceland was a dramatic plan, involving even the amendment of specific laws. Under the age of 18, one could not purchase tobacco. One had to be 20 to buy alcohol. Tobacco and alcohol advertising were banned. A law was put in place to establish parent organizations in every school, connecting parents to teachers. Talks for parents were made available, where guardians could learn about the value of spending time with their kids, knowing their whereabouts at all times, who their friends were and having their children at home in the evenings, instead of roaming about the streets.

Recognize the phrase “Nothing good ever happens after midnight” or something similar? It’s something Iceland took to heart, passing a law that those aged 13 to 16 could not be outside after 10 p.m. in the winter, and midnight in the summer. Today, that law still stands.

Home and School was also established, a national body representing all parental organizations. Parents were asked to sign agreements, with the content based on age. For those 13 and up, parents can pledge to adhere to all recommendations, to not allow their children to have parties without supervision, to not buy alcohol for those under-age and to watch out for other children. The director of Home and School, Hrefna Sigurjonsdottir, says this kind of universal agreement negates the age old argument, “But everybody else can!”

All of this, of course, costs the household money. After all, ballet lessons, piano lessons and soccer uniforms are not free. So state funding was increased for all organized activities, including sport and dance; those from low-income families received monies to be able to take part. Known as a Leisure Card, families in Reykjavik are provided with 35,000 krona (or $3,979 USD).

Iceland’s grand achievement in the treatment of and prevention of drug and alcohol abuse has been dubbed both “radical and evidence-based.” Still, experts feel as though there’s nothing ground breaking about it at all; it is simply enforced common sense, a reminder to think before acting, to engage in healthy activities, to know right from wrong.
Milkman told the press in 2017 that “this is the most remarkably intense and profound study of stress in the lives of teenagers that I have ever seen.

“I’m just so impressed by how well it is working.”

To this day, the surveys have continued. This means each child and household in Iceland participates, and up-to-date information is always available.

What’s more, the positive results haven’t dipped, plateaued, or worsened. Between 1997 and 2012, for example, kids aged 15 and 16 who spent time with their parents on weekdays jumped from 23 percent to 46 percent, with those participating in organized sport climbing from 24 percent to 42 percent.

One would venture to wonder: why isn’t the model being used everywhere? In the United States, where this study was born, why are we not using it to benefit and improve the psychological, emotional, spiritual and physical welfare of our young?

Countries throughout Europe are trying comparable programs, but none have experienced a similar level of success.

But they’re trying. Is the United States trying too?

Milkman admits he’s thought about whether the Youth in Iceland model could work in his homeland. But the US has a number of challenges Iceland does not. For one, it’s a country of 325 million, compared to Iceland’s 330,000. There are a reported 33,000 gangs; there is no gang presence in Iceland. And in the US, 1.3 million youths are homeless. Community health programs – those with the same idea as Youth in Iceland, to save kids from substance abuse – are often funded by very limited, short-term grants. Milkman says that while he was, once upon a time, hopeful that his Project Self-Discovery (which won national awards and got him two invites to the White House), he believes that a generic, universal model cannot be prescribed to every community, due to lack of resources.

So what can we do as a country? Perhaps to begin, each community, independent of the state or federal government, can take on smaller-scale programs designed around the Youth in Iceland model. There may be a future for surveys to be distributed in every school, every city, every state in the nation, but for now, realistically, that type of large-scale program isn’t possible. But it IS possible to ask and encourage every educator to connect with parents and remind them of the value of spending time with their children. There is value in continuing to provide music, art and organized sport within class hours. It has been proven that simply educating kids on the dangers of drugs and alcohol doesn’t work, but positive reinforcement of the kinds of extracurricular activities they can be passionate about and find value in does. As the Icelandic said, their program is not necessarily built from an extraordinary idea – it is indeed common sense to draw families closer to one another and to encourage, provide and allow for our young to seek and discover themselves in art, music and sport. Instead of an empty saying no to drugs, perhaps we should say yes, to other more positive, heartening activities.

Learn more about the opioid epidemic in America as well as reasons to get help by visiting our blog.

Sign up for our newsletter to get wellness tips, discounts, and so much more.