What Makes Drugs So Addictive? 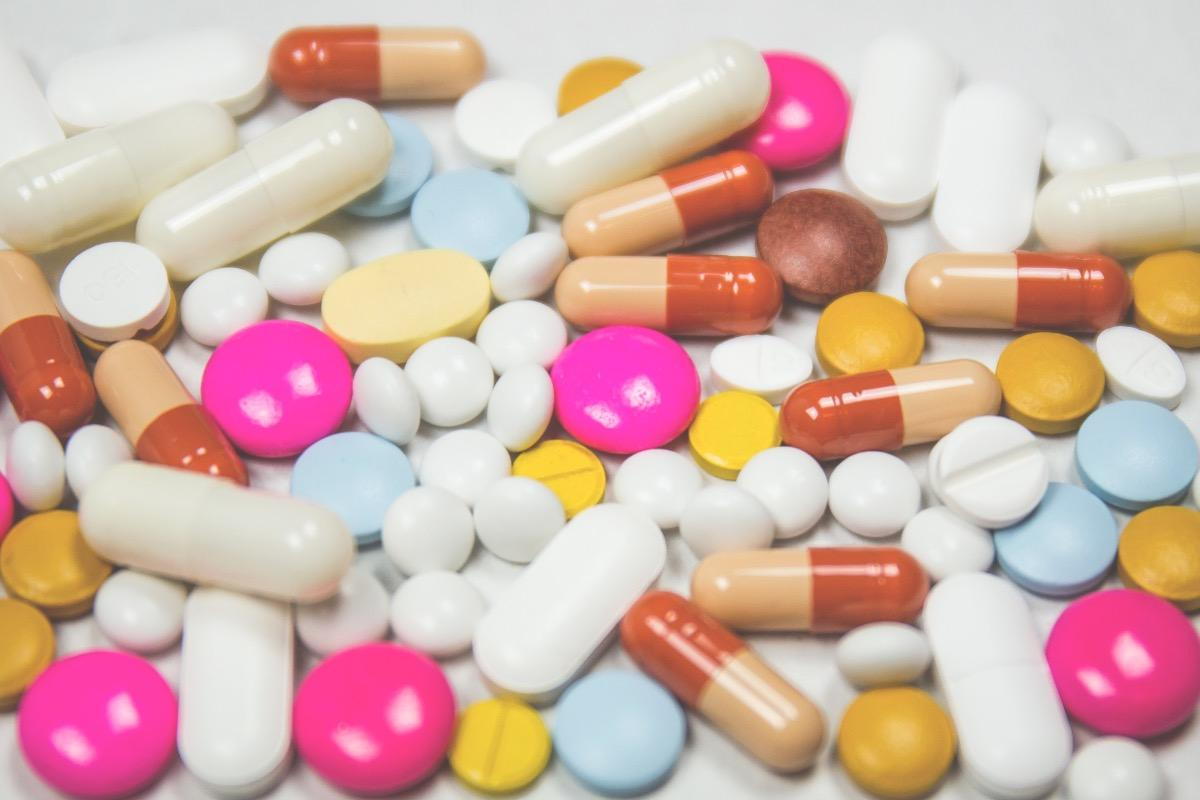 With the US drug crisis becoming worse by the day, the situation may seem hopeless. For most of us, we will know at least once person who has been affected by drug addiction; whether that’s a friend, a close family member or even ourselves. For most of us, this crisis is personal.

It is estimated that over 7 million Americans are addicted to drugs and that nearly 1,500 people are dying due to their addiction every single week. These shocking statistics are only predicted to get worse over time. Community-based providers like HOPE Therapy and Wellness Center are on the front lines of this crisis. We see hundreds of clients each year for addiction support. For many, doing research is the first step. Learn more about addiction and recovery from our Road to Recovery book now available for free. Get your copy HERE.

When it comes to talking drugs, most news coverage, articles and blog posts focus on the crisis growth, types of new drugs spreading and the pressure on our emergency services. But before we even get to that point, that’s a lot more to understand.

We need to talk about why there’s an epidemic.

We need to talk about why people can’t stop taking drugs.

We need to talk about why drugs are so addictive.

The Science Simplified
Most scientists now agree that addiction to drugs can be at least partly explained by the reward theory. This theory revolves around the brain’s craving or wanting of the chemical dopamine -sometimes referred to as ‘the happy chemical’. This is the chemical that is released by activities such as sex or eating food.

Addictive drugs increase the amount of dopamine that the brain releases and to put it simply, that makes the user feel good. Compared to normal dopamine-releasing activities, some drugs will release around ten times more dopamine.

Once the drugs have worn off, the decrease in dopamine can be overwhelming depressing, giving the user an extreme want for more.

The ‘want’ for more is the brain’s way of chasing the reward. In other words, the ‘want’ is so strong that the user will do almost anything to fulfill it. Once they do, the want is met and the return of a big release of dopamine is the reward.

Every time the dopamine ‘wears off’ the person is left with both an extreme mood crash and an extreme want for that reward. It’s easy to see why it can become a cycle.

Genetics
It’s fairly common knowledge by now that a tendency to become addicted to drugs can be genetic. But not many people know that this is because of the brain’s reward system.

The degree of reward that we all experience is actually predetermined by our genes. So for some of us, when having sex, gambling or taking drugs, we will experience a low or lower reward. But for others, it will be a very high feeling of reward. For those people, addiction to drugs is of much greater concern.

The American Phycologist Association estimates that 50% of the risk for addiction is genetic, which is substantial and alarming figure.

Drugs and Brain Damage
For those of us with addicted family or friends, it’s easy to become frustrated with our loved one. However, it’s worth remembering that after chronic use of a drug or drugs, the brain can actually become changed for the long-term. This is an upsetting realization but may also help explain why giving up is not so simple.

After sustained use of drugs, the parts of the brain that control things like impulse control, motivation and memory can become damaged. As a result, a person may have greater difficulty in denying an impulse to take drugs or become motivated to quit.

The pathways of the brain that release dopamine also become damaged over time. For the user, this means that finding the normal ‘joys’ of small things or enjoying normal activities becomes increasingly difficult. Unlike before, they may not be able to experience that happy rush after sex or food. Unfortunately, this can lead to even more drug use as the person seeks a rush from drugs to compensate.

When Opportunity Doesn’t Knock
As well as understanding that’s both a genetic and biological reason for becoming addicting to drugs, it’s also really important to acknowledge that the circumstantial reasons.

For many people in America and across the developed world, poverty is very much an unspoken-about reality.
In small towns and pockets of cities across the country, there are thousands of people living below the bread-line, with few opportunities for financial safety and even fewer opportunities when it comes to daily activities and hobbies. Without the money to move somewhere else, there isn’t really anything they can do about it.

So instead of having financial freedom and a fulfilling, healthy lifestyle, for those people there is instead a massive gap. And it’s an uncomfortable truth, but for some people that gap can get filled very easily and quickly with a drug addiction. The reality is that in small town USA, opioids are cheaper and therefore more accessible to individuals. As these opiates make the journey to small town USA from harbor-based towns along the coasts, they are constantly getting cut and repackaged, so the purity is becoming weaker and weaker and therefore cheaper and cheaper.

Ultimately, what might cost someone a hundred dollars in Baltimore may only cost someone five dollars in Pittsburgh.
Of course, taking drugs and become an addict is a much more complicated process than that. Often, it’s a combination of other factors from the environment surrounding someone, such as a lack of family support, housing issues or abusive relationships. One factor that is not talked enough about, especially in small town USA, is injury. There are individuals who are addicted to pain medication due to an injury and that medication that was given to them to manage the pain. Some of these individuals never had a drink before in their lives, let alone a substance abuse problem, before their injury. These individuals trust their doctors and their directions implicitly and take the powerful medications as prescribed not knowing that their body is becoming dependent on the substance always being in their system at a certain dosage. When the doctors eventually decide to take the individual off the medication sometimes it will be months or years after the original injury. It can take only 3 weeks of taking an opiate to have a slight dependence on it. If an individual stops taking an opiate after 3 weeks of use they might experience flu like symptoms and believe that they are sick, but what is really going on is a low grade withdrawal from the opiate leaving their system. They soon realize they may have an addiction when these individuals begin to look to the street in order to acquire the substance they need in order to feel “normal”, the new normal of opiate addiction.

Suffering from depression or another personality disorder can leave you more likely to develop a drug addiction.

Sadly, the list is pretty endless when it comes to all the environmental factors that can cause a person to turn to drugs.

The Accidental Addicts
It would be extremely remiss to ignore the new drug crisis that has hit the US: the prescription drug addictions.
Many of today’s drug addicts didn’t begin their addiction journey through recreational use. Instead, they were prescribed pain medication through a doctor or medical professional, usually for pain due to an accident or injury.
Over time, that prescribed drug use grew and become a full-blown drug addiction, whether to pain medication or to a different kind of drug altogether. Most commonly, the addiction is an opioid addiction.

Of course, there are still many reasons why that out-of-control addiction may have occurred. Many will debate whether or not certain types of drugs should ever have been prescribed in the first place. Many will say the drugs themselves were too strong or that the dose too high.

Whatever the reason, the result remains the same and many of us or our loved ones have become the latest victims of drug addiction.

The Levels Of Drugs
All drugs can affect the brain’s dopamine levels and all drugs can be addictive. But are there some drugs that are more addictive than others?

Technically, yes, there are some drugs that are more addictive than others. It basically boils down to three factors.
Firstly, how quickly the drug arrives at the brain. Drugs that are taken through an injection or by smoking usually hit the brain almost immediately. The rush is quick and powerful, and it’s far more likely that fast-effective drugs become an addiction.

The second factor is how exactly it affects the brain. For example, drugs that affect a larger number of neurotransmitters or have a greater impact on dopamine production, such as methamphetamine, are more addictive.
Lastly it is also believed that how bad the withdrawal process is will impact the addictiveness of a drug. The worse the withdrawal, the more likely that a person will use again quickly to stem off the withdrawal symptoms.

A Deadly Combination
For most people, the reason why a drug will become an addiction will be very complex. It’s not usually just one factor but a combination of several reasons.

Unfortunately, these days it’s becoming less of a shock when someone becomes an addict, no matter their background and circumstances. Whether it’s through a prescribed prediction, a bad environment or a simple bad decision combined with a dangerous genetic make-up, the routes to an addiction are varied.

Understanding how drugs affect the brain, both immediately and in the long-term, is so important to beginning to understand addicts themselves. It’s no longer excusable to dismiss an addict as lazy, stubborn or weak. Instead, we need to realize that any and all of us could be susceptible to addiction, too, and that patience and kindness will go a long way in helping.

If you know someone who is addicted to drugs or are struggling with addiction yourself, now is the time to seek help. Treatment for addiction has never been so well researched or so widely available. No one should struggle alone or feel that they must live in shame anymore.

Reach out today and let’s get you the help you need. Contact us today for a free consultation.

Not ready for a consultation?Download our free e-book on addiction today.