All You Need To Know: Therapy Dogs For PTSD 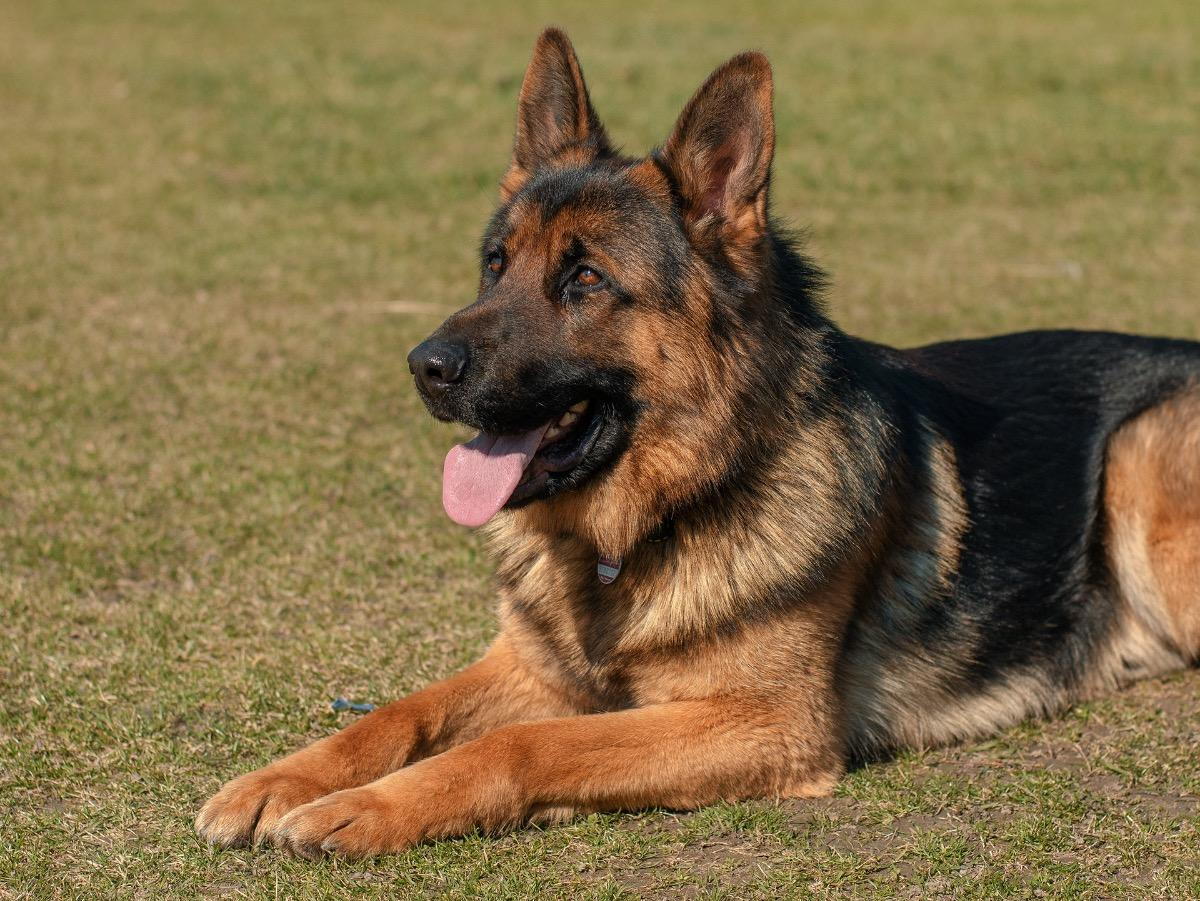 The conversation about Post Traumatic Stress Disorder, or PTSD, is getting louder. No longer are we in the days of whispered mentions of ‘shell shock’ or fearing those who may have flashbacks. In fact, the discussion on PTSD has become so widespread that most people you ask will know exactly what the acronym stands for. And that’s great news because the more we talk about it, the more we squash the stigma.

More importantly, it means that’s there more research than ever being done on how to treat PTSD. With the condition having the potential to be completely debilitating, finding the right treatment is absolutely essential. Sufferers of PTSD need the right care and support in order to overcome the condition and live their lives to their full potential.

Post Traumatic Stress Disorder is defined by the American Psychiatric Association as “a psychiatric disorder that can occur in people who have experienced or witnessed a traumatic event such as a natural disaster, a serious accident, a terrorist act, war/combat, rape or other violent personal assault.”
It's estimated that 8% of Americans live with PTSD -that’s around 24.4 million people. It often goes hand in hand with other mental health issues such as anxiety and addiction. Women are twice as likely as men to develop PTSD and some scientists believe it could be run in families.
So, what kind of help and support is available? Well, many doctors prescribe medication along with a combination of therapies such as group therapy or cognitive behavioral therapy. But there is an alternative that is becoming increasingly more common and that’s the use of therapy dogs.
What Exactly Is a Therapy Dog?

Therapy dogs are often mistaken with service dogs and, although they are two different things, it can be confusing. A service dog, also sometimes known as an assistance dog, is a specially trained dog that provides a specific type of support. They can basically be grouped into three different kinds:

Therapy dogs technically fall into the last category as they are especially trained to provide emotional support for people with mental health issues. However, they are trained differently and have slightly different roles. A therapy dog reacts to its owner or onlookers, whereas a service dog has specific duties to fill -for example, watching out for oncoming traffic or indicating when to cross the road.

As well as PTSD, therapy dogs are often used for people with autism, people with dementia, those who have extreme anxiety and many more conditions and mental health related issues. They can be used to encourage socialization, to teach emotions such as empathy, and to encourage learning. It’s not uncommon to see therapy dogs in schools or nursing homes.

The uses of a therapy dog seem endless and the situations in which therapy dogs are used continue to become more wide-ranging. For example, therapy dogs were recently used to support students after the school shooting at Marjory Stoneman Douglas High School in Florida.

At the moment, therapy dogs are seen as a complementary, or alternative, therapy, which means they are used alongside more traditional treatments such as medications and therapies.

Therapy dogs as a coping mechanism for PTSD is a relatively new concept. Although the research into the subject isn’t exactly extensive, it does exist and so far, the answer is yes; therapy dogs do seem to provide a positive effect for those with PTSD.

In fact, just owning a pet is good for your mental health, according to the American Psychological Association. Pet owners have higher self-esteem, tend to be less lonely and less fearful.

And for those with PTSD, the research seems to reflect even more mental health benefits. Studies into using therapy dogs with veterans have shown that 82% of veterans with PTSD who used a therapy dog reported symptom reduction. Another studyshowed that 40% of veterans had a decrease in their medication.

How Do Therapy Dogs Help PTSD?

According to the therapy dog training charity Pawsitivity, therapy dogs can help people with PTSD in two ways.

Firstly, therapy dogs help with something called primary interventions. Put simply, these are tasks and actions that need to be taken for immediate care. For example, a therapy dog can be trained to remind the owner to take their medication on time. It also includes the dog reacting to situations that may be stressful for the owner, such as a crowded or noisy space. The dog may show specific signs that both owner and dog are trained to notice. For example, a therapy dog may be trained to pull the owner away from a crowded space.

The other main group of tasks a therapy dog will help with are called secondary interventions. These are things the dog can do once the trigger has happened, as well as the long-term benefits. For example, after a triggering incident, the owner can take solace in the dog’s presence and put their focus on the dog, helping them to calm down.

According to Pawsitivity, the long-term issues a therapy dog can help with include:
• “Depression: The handler can no longer be tempted to stay in bed all morning (or worse, commit suicide), because the dog must be walked and fed and taken care of.
• Anger: The temptation to lose one's temper is inhibited when the handler realizes they’re not alone any more, and their actions will directly affect their Service Dog. For instance, if the handler feels like they are so angry that they might be arrested for their behavior, the fact that their dog would be impounded keeps the handler from giving in to their outbursts.
• Dissociation: It's easy to "check out" for long periods of time, but when the dog is fully bonded to the handler, the dog will often need, want, and request attention, thus bringing the handler back to the here and now.”
Therapy dogs can also be trained to deal with specific PTSD fears that come from a certain trauma. For example, in an interview with Time magazine, therapy dog user Staff Sergeant Brad Fasnacht explained that part of his trauma from war is a fear of crowds or people getting too close. He’s also lost a part of his hearing and so his therapy dog was trained to alert him if anyone was coming up close behind him. The dog is also trained to lick his face to wake him from any nightmares – a common task for therapy dogs given how common nightmares and night terrors are for most sufferers of PTSD.

Although PTSD can -and does- affect anybody, it is commonly associated with soldiers and veterans. The experiences of active duty, such as witnessing combat, participating in gunfire and being in deadly situations, are all triggers for developing PTSD. A study into the mental health of soldiers who have served in Iraq and Afghanistan estimates that between 9-31% of soldiers suffered from PTSD after returning from combat.  And with veterans twice as likely to commit suicide than non-veterans, suffering from PTSD is a life-threatening condition for many vets.

At this time, the VA are reluctant to pay for veterans to have service dogs, citing a lack of evidence into the therapeutic benefits. They are also opposing a bill that would require them to provide service dog grants for veterans with PTSD and other conditions.

However, the VA are conducting research into the subject. In 2017 they launched a $12 million clinical trial “examining the impact of service dogs on the functioning and quality of life of Veterans with PTSD”. The study is expected to run for several years but if the results prove the therapeutic benefits of service dogs for veterans with PTSD, the results could be well worth the time.

Although the VA is awaiting their own research results into the use of therapy dogs, there has already been a study carried out. Purdue University and K9 For Warriors carried out research on service dogs with veterans of the Iraq and Afghanistan war, pairing around half of their participants with service dogs and half without. All participants were diagnosed with PTSD. Those with a service dog experienced lower depression, higher quality of life and higher social functioning. They were also less likely to take time off work due to sickness.

Why Isn’t It More Common?

To put it simply, cost. Like most things in life, money is the issue. It costs between $20,000 and $30,000 to train just one therapy dog plus there’s the normal expenses association with dog ownership, such as vet fees, feeding etc.

As mentioned earlier, although there is some very positive finding research into therapy dogs, there isn’t yet enough. This means that official and governmental organizations haven’t put much funding into programs but hopefully this will change in the future.

How Can I Get A Therapy Dog?
If you think you or someone you know could benefit from a therapy dog, you may wish to get in touch with one of the following organizations to find out more and see if you could qualify:

Pawsitivity
Pawsitivity Service Dogs is a nonprofit organization dedicated to rescuing dogs and training them as Service Dogs for people with disabilities, including PTSD.

Service Dogs For America
Service Dogs for America’s mission is facilitate specialized training, education, and ensure the placement of service dogs to individuals with special needs, without causing financial burdens. They provide PTSD therapy dogs for both military and non-military.

K9s For Warriors
K9s For Warriors is dedicated to providing service canines to soldiers/veterans suffering from Post-traumatic Stress Disability, traumatic brain injury, and/or military sexual trauma as a result of military service post-9/11. Their goal is to empower them to return to civilian life with dignity and independence. They are the nation's largest provider of service dogs for disabled American veterans.

While there’s still plenty of research to be done, it seems so farthat the use of therapy dogs for PTSD is extremely beneficial and could really make a life-changing difference for a lot of sufferers.

If you’re currently suffering from PTSD or need support for other mental health conditions, it’s time to get in touch. Contact us for a free consultation and let us help you on your healing journey.