Opioid Addiction: Everything You Need to Know About Opioids and The Opioid Epidemic 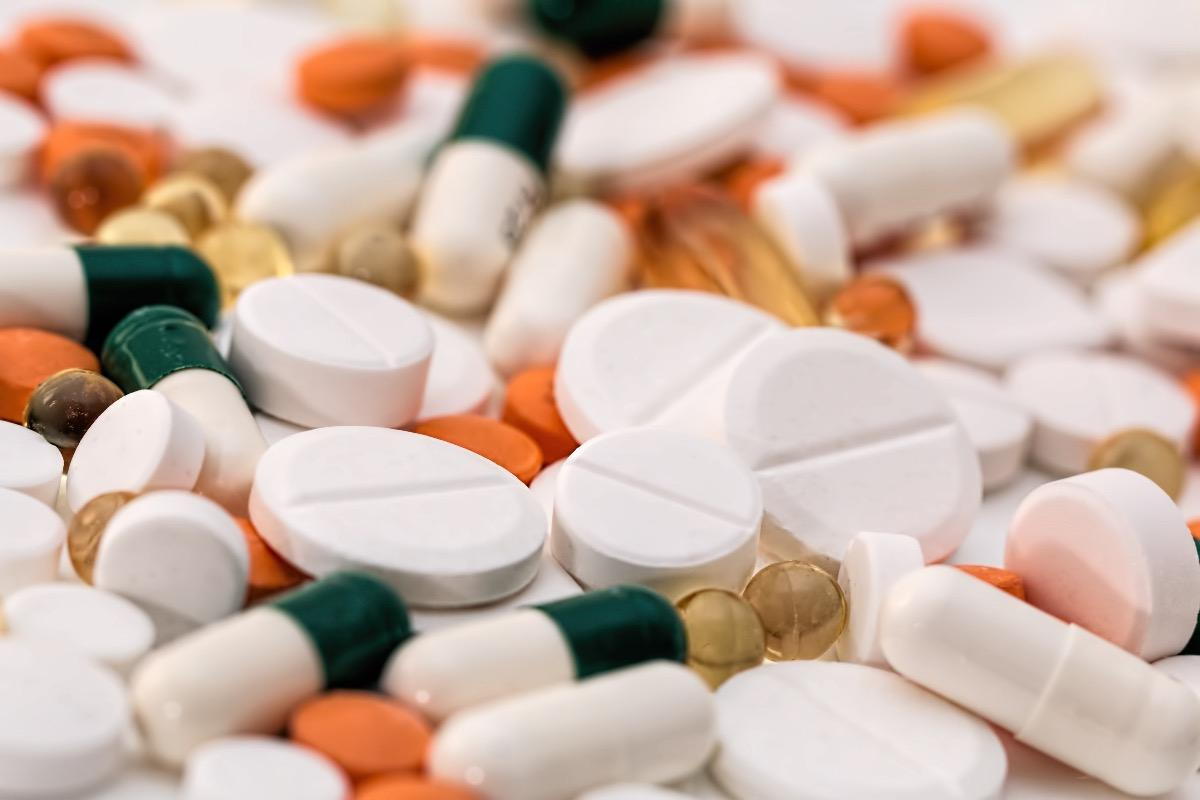 Why Are Opioids So Dangerous?

If you Google “opioid addiction”, you’ll see a Public Warning from the government stating that the United States is in the midst of an opioid overdose epidemic. Indeed, opioids continue to claim many lives across the nation each month, with around 116 people dying each day from opioid-related overdoses, according to the US Department of Human Health and Services.

And, for those that aren’t overdosing, there are still millions caught in the grip of opioid addiction, struggling each day in the misery that accompanies addiction.

With such large numbers, it’s essential that the public is educated on why opioids are so dangerous. Still, despite plenty of news coverages, documentaries, and stricter regulations for opioid prescriptions by doctors, the alarming numbers aren’t decreasing at an acceptable rate.  The wide availability and incredibly addictive nature of opioids is making it quite challenging to effectively slow the epidemic.
What Are Opioids?

Opioids are a broad group of drugs derived from the poppy plant that impact the nervous system to relieve pain. There are illegal drugs that come from the plant, like heroin, synthetic drugs like fentanyl, and prescription pain relievers.
Due to the opioid epidemic, many people believe that all opioids are bad, but this isn’t necessarily true. In fact, prescription drugs like oxycodone, Percocet, morphine, and fentanyl help many people manage mild to severe pain. You can even get the opioid codeine over-the-counter because it is a low dose.

Think about all the people that have surgery or chronic pain.  The availability of pain relievers helps them suffer less, which can be a great thing.  As a matter of fact, opium has been used for thousands of years to treat painbecause it does such a great job.

However, its highly addictive nature has caused many to abuse it.

How Opioids Affect The Brain And Body
You know when you try a new flavor of ice cream that sends you to the moon?  Makes you keep going back for more? That’s the natural reward cycle of the brain that’s been bringing smiles to people’s faces for eons. Essentially, it’s the part of the brain that offers a reward, such as pleasant feelings, so that you’ll do whatever it is you were doing again.
Why? Because that part of the brain is also known as the survival part of the brain and it releases those good feeling chemicals so that you will do things like eat (to survive) or have sex (so the human population survives).
For example, it’s this survival part of the brain that allows you to see that food, eat that food, feel good for a bit, then feel hungry, which doesn’t feel good. Because it wants to feel good, it will have you begin craving more food, eating, feeling good, and then repeating this course of action over and over. It’s a survival mechanism.

Opioids act the same way on the brain, just much more intense. The brain has opioid receptors and when an opioid is introduced into the body, itattaches to those receptorsin the brain cells. Then, the cells release signals that interrupt your perception of pain or reduce the sending of pain signals to the brain, increasing pleasant feelings at the same time.
In addition, when an opioid gets introduced to the brain via the blood, the brain sends out a chemical messenger called dopamine, which makes you feel pretty darn good.

But here’s the problem:

That opioid may reduce pain, but that pleasurable feeling feels so good that the brain wants to feel it again. And again. In fact, some researchers say that the part of the brain that is affected is the survival part of the brain, and it literally thinks it will NOT survive if it doesn’t get more of that substance.

And that can cause a problem.

Side Effects Of Opioids
While opioids can bring relief to those that are in pain, there are also side effects that may not feel so pleasantwhile taking the drug.  Common side effects include:
• Drowsiness
• Itchiness
• Constipation
• Slowed breathing
• Gaining tolerance
• Withdrawal symptoms

Taking Opioids As Prescribed
Chances are if you’re prescribed opioids by a doctor and you take that prescription as directed, you won’t become addicted. However, statistics report that between 21 to 29 percent of people who are prescribed opioids for chronic pain end up abusing them. Of that percent, between 8 and 12 percent will end up becoming addicted to them.Therefore, it’s wise to be aware of the potential of abuse or addiction.

Why Are Opioids So Dangerous?
Sure, opioids are dangerous because at the extreme, an overdose of opioids will kill a person. But what about those that are caught up in opioid addiction and don’t overdose?  What about those who go in for knee surgery, come out with a bottle of pain pills with directions to take as needed, and three weeks later find that they are going through withdrawal symptoms?  Find out that taking “just one more” pill to feel better become a repetitive cycle that makes them feel crazy – and addicted!

This is the thing: This scenario happens every day. Your average person is prescribed pain pills after a surgery or for chronic pain and before they know it, they’re becoming mentally or physically addicted to them.  They’re having flu-like symptoms just a couple weeks of taking them “as prescribed” due to withdrawal. Or they decide that they really like the uber pleasant and relaxed way the pills make them feel, so they delay their “quit date” a bit longer.

And this is dangerous!

Higher Doses of Opioids
While opioids taken at low doses may not be harmful, higher doses can certainly be dangerous. With lower doses, you may feel a bit sleepy, as the drug tends to relax the body nicely. Higher doses, however, can affect the body in various ways, including slowing your heart rate and breathing down.

See, the brain has two areas called the medulla and the pons; both opioid receptors.  These areas of the brain affect how deep and how often you breathe, so if you ingest higher levels of opioids, these areas are affected, and breathing can actually stop.

This is called overdosing. In fact, this is the main reason opioids are so dangerous, because many people have overdosed on them and the numbers seem to be increasing.

Because overdosing has become so prevalent, emergency workers and doctors are equipped to give a drug called naloxone, or Narcan, which is an opioid antagonist. This means that when someone has overdosed on opioids and naloxone is administered, the naloxone binds to the receptors, but they’re not turned on, causing breathing to regain momentum.

Here are some of the prominent reasons opioids are so dangerous:
• Respiratory Depression
One of the most dangerous things that can occur when using opioids is Hypoxia, which is a condition where breathing is slowed down considerably. Otherwise known as respiratory depression, the NIDA says that even one large dose of opioids can cause the breathing to slow down so much (or stop), enough that a person can die. As such, this deprives the body of oxygen, which can lead to overdose or death. Mixing opioids with other drugs that cause sleepiness, like anti-anxiety meds, alcohol, or sleeping pills, can become very dangerous.
• Tolerance
Tolerance occurs when someone takes an opioid over a period of time and gets used to the effects of it, needing more to get that same effect. This can cause people to take more, risking overdose or addiction.
• Dependence
Some people come to depend on opioids to feel a certain way, and without them they may not feel normal. In fact, it’s been known to happen frequently that someone who is sent home with a bottle of pain pills can become dependent on them within a couple of weeks, even when they took that prescription as directed by their doctor.  They’ve become physically – and perhaps mentally – dependent on the drug without even realizing it.
• Addiction
Another reason opioids are so dangerous is because they are highly addictive. Even those who only take opioids as prescribed by a doctor run a slight risk of becoming addicted.
• Seizures
Opioids like hydrocodone, oxycodone, and fentanyl has been known to cause seizures in some people.
• Heart Failure
Those that use high doses of opioids may experience damage to the heart. They may complain of chest pain, trouble breathing, fainting, and perhaps even heart failure.
• Depression
Those that abuse opioids long-term run the risk of becoming clinically depressed.  Whether they were susceptible to begin with or the drug abuse causes the depression, the reality is that it’s much more challenging to get free from opioid addiction when one is depressed.  It’s harder to connect with others and reach out for help in getting free.

Can Opioid Prescriptions Kill?
When opioid prescriptions are taken as prescribed by a doctor, rarely does this kill anyone. However, if you use an opioid prescription in a non-medical way or abuse them, this can lead to overdose an d/or death. By non-medical, we mean taking the prescription in ways that were not prescribed, including:
• Taking more pills than the doctor prescribes, either at one time in a single dose or throughout the day
• Crushing the prescription pills and snorting or injecting them
• Using the opioids with other drugs like alcohol, anti-depressants, anti-anxiety medications, or other drugs.

If you or someone you love is addicted to opioids, there is hope. Our skilled clinicians at HOPE Therapy and Wellness  are available to treat you and the family. Drug addiction often leads to other mental health concerns including depression  and we are here to help.