The Many Facets of OCD: Why Obsessive-Compulsive Disorder is Misunderstood 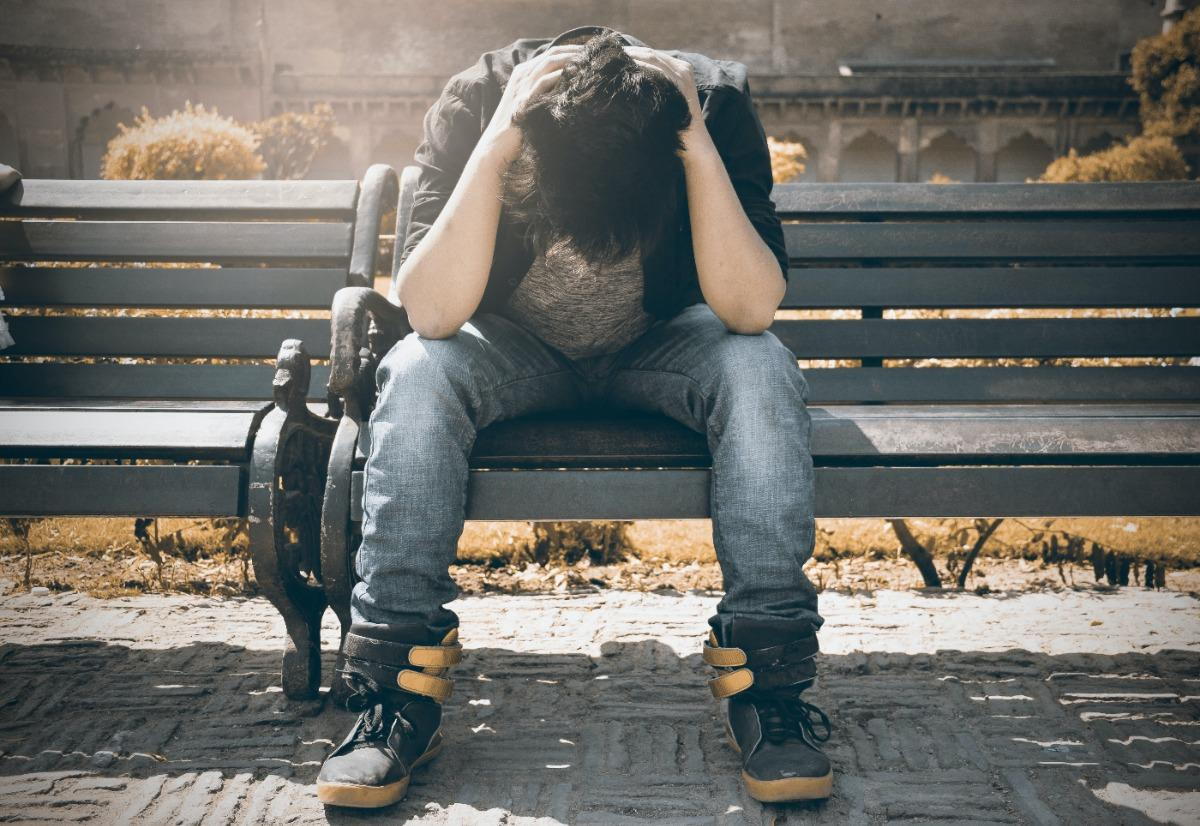 Obsessive-Compulsive Disorder (OCD) is a misunderstood mental health condition. Based on media portrayals, OCD sufferers are quirky perfectionist and neat freaks. But OCD is a far more complex, multifaceted, and serious mental illness.

OCD is considered to be an Obsessive-Compulsive and Related Disorder, along with hoarding, hair-picking, and body dysmorphia.

Persistent, intrusive, and sometimes abhorrent thoughts are the hallmark of OCD. These obsessions, or fixations, are often violent, graphic, and sexual in nature and cause a great deal of distress among those who experience them.

The compulsions, or urges, are the behaviors aimed at neutralizing the distress caused by the repetitive thoughts. Blinking, hand washing, cleaning, arranging, and counting are common OCD rituals.

But not every OCD ritual is observable. A segment of those with OCD have what is called Purely-Obsessional OCD, or Pure O. These people engage in unseen mental exercises like checking, counting, avoidance, and endless ruminations.

The Trouble with OCD

OCD creates a troubling paradox for those with it. By engaging in rituals to stop the obsessions, they only serve to increase the intensity and frequency of the thoughts.

While people with OCD realize that their thoughts are irrational, they struggle with doubts. What if there is a small chance that this is real? What if something bad really will happen?

Of course, no amount of reassurances, ruminations, or urges ever adequately resolve the uncertainties, which is why OCD is often called a doubters’ disease.

How Common is OCD?

The risk of developing OCD is about 2.5 percent over a lifetime and affects both men and women equally. Typical onset is during late teens and early adulthood, but young children can exhibit symptoms.

Causes of OCD: Nature or Nurture

Scientists are not sure of the exact cause, but a combination of genetic and environmental factors is suspected.

About 25 percent of children with OCD developed symptoms following a streptococcal infection. Serious brain injuries may also be a potential trigger. But OCD can occur with or without a known cause.

While no single gene has been implicated in OCD, there does appear to be some genetic involvement since having a relative with it raises the risk.

Despite the limited media portrayals of OCD, there are many different types of the disorder.

People with harm OCD are plagued by vivid and disturbing thoughts of self-harm or violence towards others. Although common, it is horrifying to those who experience it.

Those with harm OCD live in fear that they will lose control and give it to their darkest impulses, whether it is jumping off a bridge or hurting a beloved family member or pet.

People with harm OCD are no more likely to injure themselves or others than those without it. But their fear and shame are genuine.

Because the obsessive thoughts are so troubling, sufferers go to great lengths to avoid places, objects, and people to minimize the risk of doing harm.

Marked by unwanted and distressing obsessions regarding romantic partners, relationship OCD is another common type.

Those with it often question their partner’s loyalty and wonder if they still have feelings for their ex. Doubts about their intelligence and attractiveness can also creep in.

By seeking reassurances from their partners repeatedly, people with relationship OCD often cause irreparable harm to the relationship.

Beastiality, pedophilia, sexual violence and forbidden acts with religious figures are familiar themes among those with sexual obsession OCD. Self-doubts about sexual orientation are also common.

It is among the most distressing types, affecting about 25 percent of men and women with OCD.

Unlike those who engage in sexually deviant behavior, the shocking visual images are not a source of pleasure but self-loathing, disgust, and terror.

People with sexual obsession OCD often suffer in silence due to shame.

Contamination OCD and Fear of Germs

About 25 percent of OCD cases in the U.S. revolve around fear of germs, disease, illness, and death.

Exaggerated worries about the safety of x-ray machines and everyday household products and chemicals are common, as are concerns with door handles, public restrooms, money, bodily fluids, animals, and insects.

Areas, where contamination OCD sufferers feel safe, can be limited to a single room or part of one. The disorder can severely hamper mobility and functioning.

The irrational behaviors from these amplified fears include excessive avoidance of people, places, and things, washing and cleaning rituals, and even resistance to touch.

An extreme need for balance and exactness is the most stereotypical characteristic of symmetry OCD.

While it may be amusing to witness, it is anything but for those who suffer from it; life can be messy and disorderly.

Those who suffer from an intense need for symmetry often require objects or actions at exact quantities, with a strong preference for even numbers.

The need for evenness and balance can look crazy to others, but there is an intention behind it. Magical thinking is often at work, a term that refers to connecting two unrelated events and actions.

Remember when we believed that stepping on a crack would break our mother's back? That was magical thinking. But it isn't exclusive to childhood or people with OCD.

Assigning special powers to lucky numbers, colors, and shirts, as well as other superstitions, are a prime example. For those with OCD, however, these beliefs are more intense and the behaviors more disruptive.

Hoarding disorder and OCD related hoarding are two distinct conditions with similar symptoms. Signs of hoarding include too much stuff and struggling to discard things, regardless of value or need.

While the two conditions outwardly look the same, the reasons behind hoarding vary. In those with OCD, intrusive and distressing thoughts are driving the behaviors and no pleasure is gained from it.

Fear of contamination by touching an item or doubts about the future value of the object are common.

Regardless of the root cause, hoarding can lead to embarrassment, isolation, impaired relationships, and significant safety, legal and financial implications.

A lesser-known type of OCD, scrupulosity is centered around religious and moral obsessions. People with it are preoccupied with sin, purity, hell, and concerns over violating religious, moral, and ethical doctrines.

Because their blasphemous thoughts and visual images are contrary to their beliefs, those with religious-oriented OCD experience intense guilt, anxiety, and fear.

Common urges include excessive praying, seeking forgiveness, acts of self-sacrifice, and avoiding spiritual places like churches and places associated with death like funeral homes and hospitals.

The gold standard treatment for all forms of OCD is Cognitive Behavioral Therapy (CBT), a form of psychotherapy. CBT challenges harmful thoughts and the ineffective behaviors that often follow.

ERP has been the most utilized treatment for OCD since it was developed in the 1950s. The goal of ERP is to safely and gradually expose the patient to distressing stimuli until the anxiety is reduced or eliminated.

Resisting the urge to engage in rituals and maladaptive behaviors, formally known as response prevention, is a critical component of ERP. Ultimately, the goal is to reduce anxiety and spent less time ruminating and engaging in disruptive behaviors.

It can be difficult to endure, however, and doesn't work for everyone. Dialectical Behavior Therapy (DBT) may be a good alternative.

Unlike ERP, DBT does not directly address obsessions and compulsions. It is focused on mindfulness, self-acceptance, validation of feelings, and building trust.

Used since the 1980s, it is now considered an evidence-based treatment for numerous mental health disorders, including OCD.

ACT increases tolerance and acceptance of anxiety caused by intrusive thoughts through behavioral practices like mindfulness. Unlike DBT, ERP is an integral part of ACT.

In ACT theory, the problem with OCD is not the obsessions themselves, but the compulsions or urges that follow. Through ACT, patients learn to experience distressing thoughts and feelings without taking action.

While obsessive-compulsive disorder takes many forms, they all feature intrusive and unwanted thoughts and rituals or urges to help neutralize their impact.

The great news is that cognitive-behavioral therapy treatments for OCD are effective.

OCD can be managed and those with it can lead productive and fulfilling lives.

Do you live in northern Virginia and suffer from the signs of OCD? Hope Therapy and Wellness can help.