Overcoming Phobias & Irrational Fears: How Ann Got Her Groove Back 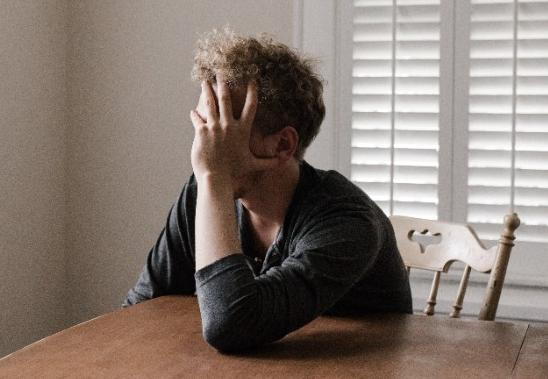 Ann was a healthy, striking woman in her early 30s, recently married to a kindhearted radiologist and settled into a beautiful townhome in an affluent Virginia suburb.  After years of personal struggles, she finally had everything she needed to live her best life: financial stability, a loving partner and security. But true happiness remained elusive, due to the debilitating effects of a phobia called Social Anxiety Disorder (SAD), a common anxiety disorder.

Growing up, despite feeling anxious frequently, Ann was happy, popular and surrounded by friends and enjoyed an active social life that came with them. But things gradually deteriorated as she moved through her 20s.

More times than she could count, Ann drove to social outings but never got past the parking lot, paralyzed with fear over the what-ifs if she went in.

What if she looked fat? What if she said something dumb? What if her hair looked bad? What if everyone was more successful, more beautiful, more educated, more sophisticated than she was? The list of upsetting scenarios was endless.

No amount of reassurances or attempts to assuage her distress could make her feel less inferior, less self-conscious or less judged.

Eventually, she stopped trying and completely avoided social settings that could trigger such painful episodes, including her volunteer job as a docent at a local arboretum after her normal pre-tour butterflies progressed to sheer terror.

Today, Ann regrets waiting so long to get help and the opportunities missed over the years. But she is making up for lost time living a full life free from the irrational fears that once imprisoned her.

Every one of us encounters situations that make us anxious, uncomfortable and yes, even fearful. It is part of the human experience and a primal urge that keeps us safe and prepared.

Unlike these normal fears, fears from phobias are excessive, out-of-control and involuntary reactions that are not proportional to the circumstances, risks or dangers.

While many who suffer from phobias realize that their distress is unwarranted and irrational, the anxiety persists, leaving them feeling like powerless participants in their own life story.

How Common Are Phobias?

Phobias often develop suddenly in childhood and early adulthood. According to the Diagnostic and Statistical Manual of Mental Disorders, approximately 10 percent of all the reported cases of phobias become lifelong.

Phobias are a type of anxiety disorder that affects 30 percent of the population.

The Diagnostic and Statistical Manual of Mental Disorders (DSM-IV) defines SAD as a persistent and debilitating fear of embarrassment or humiliation in social situations and extreme self-consciousness. Everyday things like small talk at parties, public speaking and eating in front of others commonly cause fear over scrutiny, judgment and intense feelings of inadequacy.

SAD affects 15 million men and women and typically develops around the age of 13.

One challenge of SAD is getting the right kind of help. According to a survey conducted by the Anxiety and Depression Association of American (ADAA), over a third of people with SAD wait ten or more years before seeking help. And when they do, it can easily be misdiagnosed and undertreated, circumstances that can lead to serious implications.

Left unchecked, a social anxiety disorder can contribute to the development of depression and substance abuse, interfere with careers and financial independence, impair relationships and create conditions of isolation, a fact that Ann can attest to as many people in her life simply lost patience and gave up attempts to include her.

Agoraphobia is characterized by intense fears of hard-to-escape-from environments like bridges, tunnels, small, confined places like elevators and busses, and wide-open spaces and crowds.  People with agoraphobia may also feel trapped anywhere outside the confines of their own homes.

Research shows that agoraphobia is most often a complication of a panic disorder, although it does rarely develop in the absence of panic attacks.

It is more prevalent in women, typically affects people 18 to 35 years of age and can be brief or lifelong. It is a common phobia disorder that affects nearly three million people in the United States each year.

In more severe cases, people can become fully homebound to avoid situations that have triggered panic-type reactions in the past.

As the name implies, people who suffer from specific phobia have intense fear and anxiety regarding particular objects, places and circumstances. They are among the most common anxiety disorders, affecting about 19 million adults. Women are twice as likely to suffer from a specific phobia than men.

Taking a test or speaking in public often provoke feelings of distress and anxiety that are temporary and fleeting. A specific phobia disorder, however, produces irrational fears that are enduring and can create intense physical and emotional reactions that impact functioning in school, work and social settings.

Some of the most common specific phobias include fear of dying, spiders, storms, heights, illness/cancer, germs and dogs.

We know that phobias are irrational, involuntary and spontaneous reactions to certain triggers that manifest themselves in a variety of physical and psychological symptoms. Some of these include:

Feelings of choking and chest tightness

An overwhelming urge to flee

We’ve all experienced one or all of these symptoms under stressful circumstances in the past, but when do they rise to the level of a clinical phobia disorder diagnosis?

If the following conditions are met, a clinical diagnosis of a phobia may be warranted:

As with most anxiety disorders, the development of phobias appears to be influenced by a combination of physiological, psychological and environmental factors.

While scientists do know that people diagnosed with specific phobias are likely to have a relative who shares that phobia, it’s unclear if the origin is rooted in inherited genes and biological, a learned response or a combination of both.

There is evidence that parents do often pass certain phobias to their children who learn through the parents' frequent warnings, sharing of fears and negative reactions to certain stimuli.

Brain functioning does appear to play a role. Through scans, researchers have noted a different level of activity in the amygdala, the part of the brain involved with memory and emotions, in those with phobias compared to those without.

Age, gender and socioeconomic status are factors that influence the propensity for certain fears and phobias.

While most phobias develop in childhood and adolescence, certain phobias are more common in some than others. For instance, the prevalence of social anxiety disorder is higher in children from lower incomes families and women are more prone to many phobias, including the fear of animals. The exact reasons for the disparities are unknown.

Cognitive Behavior Therapy (CBT) is the most utilized psychotherapy treatment for phobias. It is aimed at helping patients manage their thoughts (cognitions) and feelings and find new ways to act (behaviors) in response to them. Ultimately, the goal is to stop fear-inducing thoughts from becoming overwhelming and debilitating by finding new ways to react to them.

There is considerable evidence that CBT can significantly improve—and even eliminate—symptoms, making it the treatment of choice for phobia disorders.

A type of Behavior Therapy, Exposure Therapy or Desensitization Therapy gradually exposes patients to the subject of the fear in a safe, controlled setting. This systematic exposure is effective in slowly desensitizing patients to the triggers that once created irrational fear and distress, making them less powerful and disruptive.

Acceptance and Commitment Therapy (ACT) teaches people to accept negative thoughts as a normal part of life, disable the influence that fear has on them and allows the unpleasant feelings to come and go without any attempt to control them. While the goal of CBT is to reduce negative thoughts, the goal of ACT is to learn to live with them.

No discussion of treatments for phobias and other anxiety disorders would be complete without mentioning mindfulness practices that focus on breathing, staying present, and self-acceptance as a way to distract from anxiety and manage the negative feelings that come with it.

Not all phobias disrupt daily living or require professional treatment to address them. But if overwhelming fears interfere with normal functioning and quality of life, help may be needed.

Therapy for phobias and conditions like social anxiety disorder can, and often do, result in dramatically reduced symptoms, and provide patients with the power to manage their anxieties and fears to live fuller, happier lives.

Are you or a loved one experiencing a phobia disorder? Hope Therapy and Wellness can help. Give us a call today.