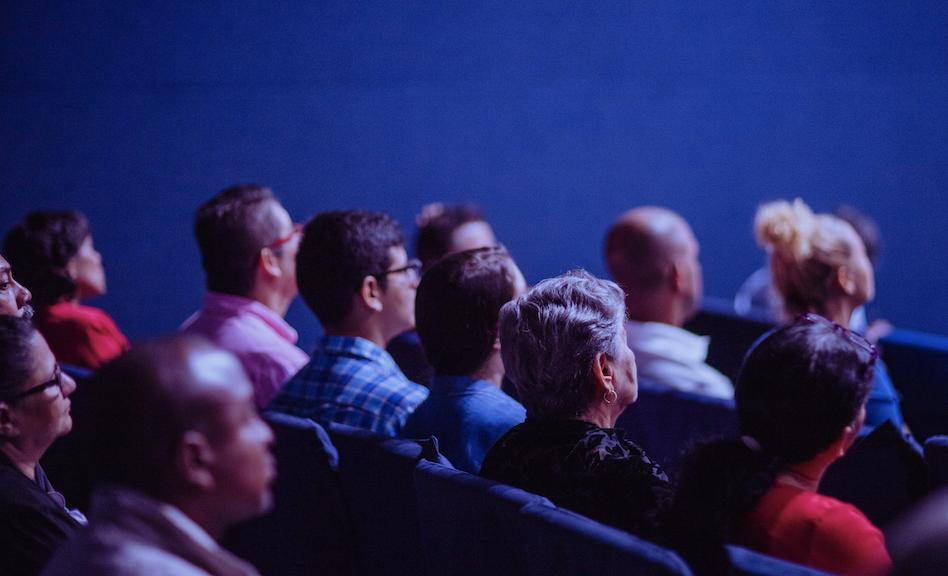 In the popular CBS sitcom, The Big Bang Theory, beloved character Raj -- an affable, sweet and painfully shy astrophysicist -- is introduced in the series as someone who suffers with such debilitating  anxiety when talking to women that he needs the help of alcohol to get him to open up. While an amusing and entertaining storyline, it’s contributed some to the idea that social anxiety can be helped with the assistance of alcohol or some other substance to get the person to “shake it off.”

Unfortunately, there are many myths out there regarding social anxiety -- that it’s just about being terribly shy, that a drink will wash away the nerves, or that it isn’t a painful disorder. Here are just some of the most commonly shared myths about social anxiety.

Social anxiety is most certainly not the same as simply being shy. Just because one is shy doesn’t mean they also have social anxiety, and in fact, some with social anxiety aren’t shy at all! That said, shyness can be a symptom of social anxiety, so it’s easy to see how the two get mixed up, or connected.

While shyness is a personality trait, social anxiety is a legitimate mental disorder that can affect a person’s daily functioning. If left untreated, it can severely affect and impact an individual’s personal and professional existence.

Catherine is 13, and her mother, Raquel, has watched her daughter struggle with making friends throughout her elementary school years.

“A lot of kids have tried to gravitate toward her, but she has a hard time responding,” says Raquel. “So then they eventually give up because they think they just can’t get through to her, or she’s stuck up.” Little do they know, Raquel shares, Catherine has social anxiety.

“She cries every morning before school,” continues Raquel. “She hates the idea of everyone kind of milling around the hallway. She has meltdowns when there are spirit events in the gym. The idea of being around that many people makes her fall apart, and we’re still in the midst of figuring out how to help her live with this.

“Believe me, this isn’t shyness. I just wish people knew.”

Myth: “If you tried hard enough, you’d get over it.”

Social anxiety isn’t something one “gets over,” no more than a person gets over having diabetes. Social anxiety is serious and can be debilitating in some cases, depending on the severity.

When a person has social anxiety disorder, they may fear specific or all social situations. It could be that meeting new people makes them nervous, or having to make a presentation in front of others, or even ordering at a fast food restaurant when they’re aware there are people waiting behind them. Eating or drinking in front of others could trigger social anxiety.

The idea of getting embarrassed, rejected, or judged is a major symptom of social anxiety. Those with social anxiety feel like they can’t control what others think of them, so they panic. They can become so consumed with the idea of the shame that it stops them from going about their daily lives, like attending school or going to work or visiting loved ones. If there’s at all a possibility of getting humiliated somewhere, a person with social anxiety is going to do everything in their power to avoid it.

Read how  mindfulness may be  beneficial for you.

Social anxiety is a serious condition and not one to be dismissed. Those who live with a mental illness would never use it as an excuse to get out of doing certain things.

Could you imagine being accused of “making excuses” if you broke your leg and couldn’t make it to baseball practice? As is often the case with mental illness, because it can’t be seen, sometimes it’s not believed.

Myth: “Don’t go out if you have social anxiety; you’re making it worse.”

When alcoholics are in recovery, they’re right not to drive by their favorite liquor store, or stand by the open bar at a wedding. Purposely staying away from spaces that encourage old vices is a smart thing to do.

But in the case of social anxiety, avoidance isn’t a good idea. If there’s at all a way for you to be able to attend, if you can bring yourself to be at a work event for a few minutes and spend time with the colleague you’re most comfortable with, give it a try!

But don’t beat yourself up for not being able to go, if the thought of it is making you sick. If you have a trusted friend, advisor or therapist, pick up the phone and seek out support. They can either help you make your way to the event, or gently remind you that it’s okay to feel the way you do.

Often, baby steps is the way to go.

Myth: “It doesn’t hurt. It’s not serious, like clinical  depression.”

Social anxiety can and does hurt, and not only emotionally. It can leave a person feeling isolated and alone. But it can also come with a variety of physical symptoms that can be hard to ignore.

“When Catherine has an attack, it’s major,” says Raquel. “When Catherine was set to get her first communion -- we’re Roman Catholic -- she threw up every day for three days before the sacrament took place. The idea of being up there in front of all those people just made her so sick. She cried every time she threw up. I remember her looking up at me and saying, ‘Mom, what is wrong with me?’”

The idea that alcohol erases anxiety isn’t true. Yes, some use alcohol to “take the edge off,” but those aren’t likely people who have a legitimate anxiety disorder.

Alcohol is said to help encourage a bit of a confidence boost, but even if it does, it wears off -- and will likely make your anxiety worse.

Dependence on any kind of substance or negative behavior to “help” your anxiety isn’t likely to do anything but move you toward recovery. It’s actually a barrier between you and true health. A better idea is to depend on skills learned in therapy, like mindfulness, which remind you where you are and what you’re doing, and that help you focus in the actual moment, not in your worries and fears.

Learn real  tips to help someone with anxiety.

Not true at all! Some people with social anxiety are also actors, performers, speakers and members of public office. They’re constantly in front of people, either teaching, preaching, or entertaining.

For those who are extroverted -- those who actually don’t mind being “on” and out -- social anxiety can feel very confusing. People with social anxiety may have a difficult time being around others, but it doesn’t mean they don’t like it or don’t want to participate.

Myth: “If you were traumatized in the past, that’s probably why you have social anxiety now.”

If you live with social anxiety disorder and are in need of assistance, please visit us at  www.hopetherapyandwellness.com.