What is mindfulness and how does it help with DBT? 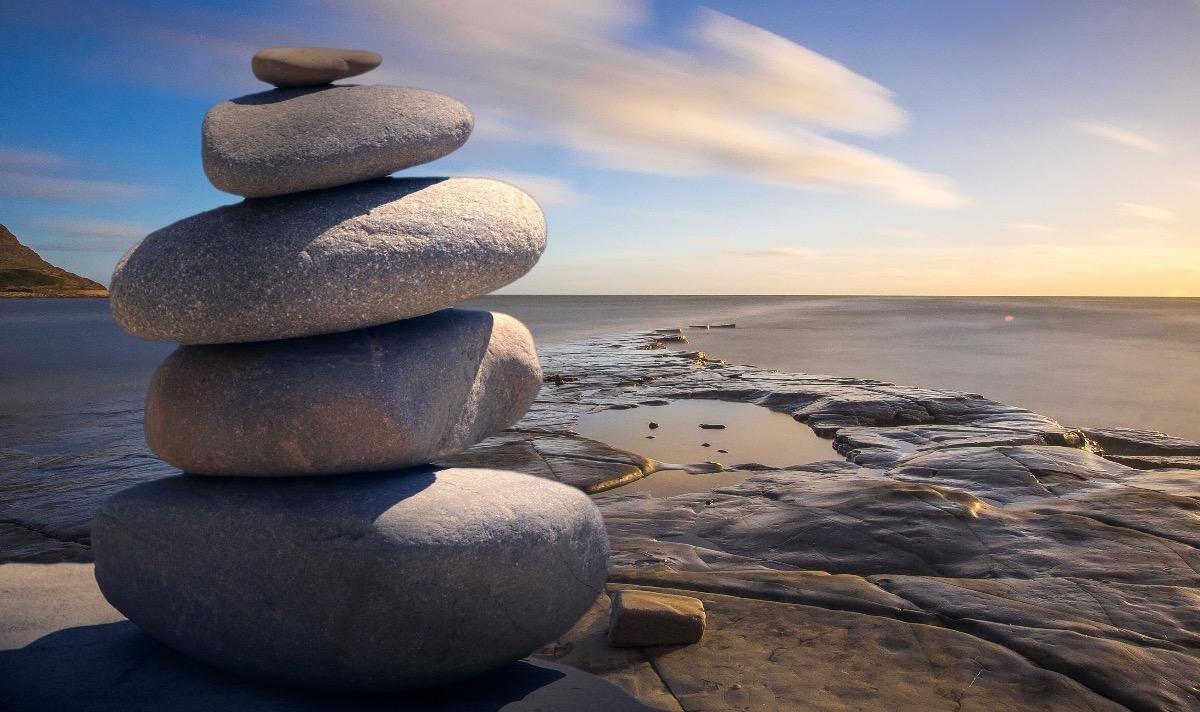 What is mindfulness and how does it help with DBT?

When Katie was first introduced to DBT in early 2019, she was surprised to learn that mindfulness -- a practice her boyfriend, Tal, had been encouraging her to learn -- was at its core.

Sharma, she explains, was born to Punjabi parents and was raised to practice mindfulness on a daily basis in an effort to maintain a peaceful mind and as stress-free of an existence as possible. “His family is all about meditation and mindfulness and living in the moment,” says Katie. “Not that I totally dismissed it, but when he suggested mindfulness to me, it just seemed like this spiritual or religious thing that I didn’t really think I could get into. I was kind of like, ‘Well if mindfulness is all it takes, why does it seem like the whole world has anxiety and can’t get rid of it?’

“I was suffering from such debilitating  anxiety that I kind of just wanted either a quick fix or an hour with a therapist who would just tell me what to do and then I could be done with it, I could feel better. Mindfulness seemed like fluff, you know?” Read more about  the emotional symptoms of anxiety.

After self-diagnosing with anxiety, and when symptoms to borderline personality disorder matched her own experiences, Katie sought the help of a  mental health professional, a therapist who specializes in BPD and post-traumatic stress disorder. Katie had been right; her childhood trauma was what gave birth to her current reality, and Katie was eager to move toward recovery. The fears and myths of therapy.

When her therapist recommended DBT, or dialectical behavior therapy, Katie admitted she’d never heard of it. “I was advised it was actually a form of cognitive behavior therapy, which I have read about,” she says. “(My therapist) said DBT was the gold standard for pervasive negative emotions, so even though I had never heard of it, I was on board.

“And then she tells me that mindfulness is actually at the core of DBT and that everything I was going to learn and master was going to depend on how well I learned how to be mindful.”

As Katie’s therapist suggested, mindfulness is indeed at the heart of dialectical behavioral therapy. DBT is executed through individual or group skills training, and every session begins with mindfulness meditation, because all skills learned, as Katie says, depend on just that: mindfulness.

What is mindfulness, exactly?

Simply put, mindfulness is accepting the present, exactly as it is, without expanding on it with judgment, fears or angst.

Not exactly. The reason so many people are under stress or living in anxiety is because they spend very little time being mindful and engaged in the present moment. Many people “tune out” from what’s actually happening, getting distracted instead by their interpretation of it, what it actually means, or what it might mean for them in the future. Because of this, people are unable to actually live in the moment and then get confused and frustrated over why nothing feels like it’s within their control.

So what does mindfulness have to do with DBT?

Because DBT focuses on regulating emotions, mindfulness is integral -- it helps us get past emotional dysregulation. When we’re not mindful, we tend to get overwhelmed by what others might consider trivial, minute or insignificant (even though to us it might mean like the sky is falling). It’s important to recognize that when we’re not mindful, it’s not usually because of the event that’s actually occurred -- it’s our interpretation of it.

Diana has just been hired at a new company. On her first day, she accidentally deletes a file that she believes was valuable to her boss. Immediately, Diana is overcome with fear.

“I’m getting fired,” she thinks. “Everyone’s going to think I’m stupid and useless. This is so embarrassing. I have $200 left in my bank account. I’m going to get fired today and I won’t be able to get another job right away. I may not get another job because this is a small town and everyone hears everything, and no one’s going to hire me after this. I’m not going to be able to pay rent. This is terrible. This is why no one in the family likes me. This is why I’m still single. I’m useless.”

Diana has now taken a single event -- accidentally deleting a file she’s only assuming was important to her new boss -- and created an entire scenario in her mind. She’s guessing what people think of her, she’s assuming she knows what the future looks like, and she’s caused herself to spiral into panic.

Diana has deleted the file, and she takes a deep breath. “Let me see if I can figure out how to retrieve it,” she says to herself calmly. “It’s my first day, and I made a mistake. I’ve made mistakes before and everything’s turned out just fine. I’ll just see what I can do, and if I can’t get it back, I’ll go to my boss and apologize. This is not the end of the world. I’m not even fully sure what that file was, so no need to panic right now. This company’s been around for 50 years and I can’t imagine I just burned it to the ground by deleting that file.” Finding the courage to seek out treatment.

The difference between scenario one and scenario two is that in the first scenario, Diana rushed to disturbing judgment. She made up stories in her mind of what deleting that file meant; in scenario two, she simply accepted what happened and calmly figured out what she could do immediately to rectify her error. Her mindfulness protected her from spinning into a panic attack.

When we’re mindful, we make better decisions. For those who have persistent emotion dysregulation, the world is full of people who belittle or invalidate us, dismissing our worth and our feelings. Eventually, we begin to believe that those people are right, and we start to invalidate ourselves too. Our opinions become worthless. We then second guess our decisions, feeling smaller and smaller with every experience, every day. As an extension of this, we then think we’re less than others, and we put everyone else before ourselves -- which isn’t always a bad thing, but it is when we actually think other people are important and we’re not important at all.

Mindfulness assists with regulating emotions because it also helps minimize or eliminate those painful, negative feelings. When we try to control our emotions or dismiss them, the worse they get -- do you ever notice that? Mindfulness isn’t pretending bad feelings don’t exist; it means we accept we feel badly, observe what’s coming up at the same time as the bad emotion (like a lump in your throat, a queasy feeling in your belly, sweat beading down your back), and then accept them all with no conditions.

It sounds strange, right? Accepting that you feel badly when you feel badly? It might sound odd at first, but it’s been proven time and again that by accepting the bad emotion, you’re actually much more likely to shed that bad emotion quicker. The bad emotion may fade away as quickly as it came. This is the act of giving yourself the freedom to feel. With mindfulness, you’ll come to the understanding that feelings are fleeting. They change. They’re fluid. They’ll come, and they’ll also go.

For more information on DBT and mindfulness, visit us at  www.hopetherapyandwellness.com and make an appointment today.

Not ready to schedule a consultation?  Sign up for our newsletter to get wellness tips, discounts, and so much more.