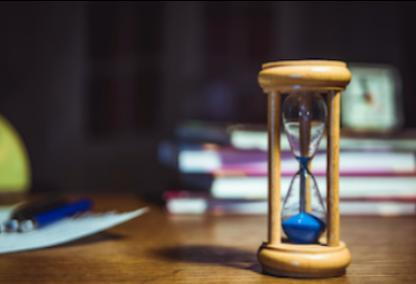 There are officially recognized impulse control disorders, and they include kleptomania, pyromania, pathological gambling, trichotillomania and intermittent explosive disorder. More are increasing in popularity. These impulse control disorders are defined by how they limit a person’s ability to control his or her actions, no matter how negative or devastating the end result.

A short breakdown of the officially recognized impulse control disorders

Kleptomania is pathological stealing – but it’s not that simple. People with kleptomania typically steal items with little or no value. When a kleptomaniac steals, it’s not usually a premeditated act, and the things he or she steals aren’t often anything they even need in the first place. Those stolen items may be discarded, given away to friends, or sometimes even secretly returned. Like all other impulse control disorders, kleptomania takes over usually when the person is stressed, frustrated or anxious. The person with kleptomania feels as though the only way to feel better, happier or excited is to steal.

Pyromania is the act of setting fire, not out of malice, revenge or financial gain, but just to relieve the need to set fire. It is not an intent to harm anyone, but rather to witness the start of a fire or to learn about how to control or end it. The pyromaniac will feel a sense of anxiety or pressure before committing the behavior, and will often feel relieved or joyful immediately after setting and watching the fire burn.

Pathological gambling is the dangerous and often financially debilitating disorder that many times interferes with an individual’s personal and professional life. People who are addicted to gambling report losing relationships, jobs, homes and savings. Most compulsive gamblers often seek ways to “fix” their financial problems their gambling caused by gambling even more, causing a cycle that leads to even deeper, and sometimes irreversible, grave financial losses.

Trichotillomania is the rare impulsive condition that causes an individual to pull out his or her hair. A trichotillomaniac will pull hair out from the scalp, eyelashes, legs, eyebrows, arms and pubic area. When trichotillomania becomes severe, the results are highly noticeable, so many with the condition take to wearing hats, wigs, or theatrical makeup that hides the hair loss. People with this condition say that they’ll pull hair out due to stress or anxiety, but the after-effects of the hair pulling causes even further stress and anxiety. Many will pull hair out during regular activities like driving, watching movies or studying. Read more about this impulse control.

Intermittent explosive disorder is the condition that causes a person to lash out in anger, often in a hostile or violent manner. People with this condition have reported causing damage or destruction to property, or injury to individuals. Usually, a person with intermittent explosive disorder will feel anxious, stressed or nervous before an outburst, only to feel embarrassed, shocked or regretful after lashing out.

How to help a child control their aggression.

A sixth impulse control disorder is gaining more attention, and that’s compulsive sexuality. People with this disorder report having sex with multiple partners they may not even know, have sex in dangerous situations or circumstances, or have sex in unsafe conditions. Many times, a person with compulsive sexuality spends more time thinking about sex and planning for sexual activity more than anything else. The act eventually becomes less pleasurable and exciting and just becomes an urge that can never be satisfied. Because of the stigma surrounding this disorder, it often goes unreported and undiagnosed, and is a secret kept from spouses, partners, friends or mental health professionals.

1. Know your triggers. Knowing what your triggers are is the first step to avoiding them and being able to better control your behavior and your day.

Jonathan, a 48-year old father of three and a person recovering from compulsive gambling, says he recognizes that his triggers are plenty.

“When people think of triggers (to gambling), they think of driving by a casino, or for people addicted to scratch tickets or whatever, walking by a convenience store,” he shares. “But the truth is, it’s so much more than that – it starts way before you think about the gambling.”

Jonathan says that when he’s stressed at work – like when his boss is micro-managing him, or his sales quota for the month seems too far from reach, he gets anxious. When his daughter starts talking to him about heartbreak, or the things all 18-year-old girls go through, he says, he gets anxious. Anything that propels him to feel stress, anxiety or frustration lead him to desire what he has grown to enjoy most, which is gambling.

“My trigger, if it had a face, would be anything that causes me severe stress,” he admits. “I know now to catch that stress before it gets really big. I try to think bigger, outside of that initial reaction, and if I can catch it there, I prevent myself from fantasizing and craving the casino.”

2. Plan for your triggers. Impulsive behavior treatment includes coming up with solutions to your weaknesses, and being prepared physically and mentally to deal with your triggers.

For Kyle, a 40-year-old musician and diagnosed pyromaniac, his trigger, he says, are candles.

“Just walking by candles does something to me, so I don’t keep them at home,” he says. For emergencies, while other people keep a small stock of candles in case of an electric blackout, he chooses to keep several battery-operated flashlights. Close friends who know of his disorder are sensitive to this, and don’t put candles on birthday cakes, for example.

“I could be having the best day,” he says, “but if I see a candle, I’ll turn. They can’t always be avoided though – I know that.” It’s in those situations, Kyle says, that he employs tactics he’s learned in therapy – to see past the candle and understand that it’s not the candle triggering him, but the memories surrounding it. He then seeks a different, healthier and more positive perspective.

“It takes a ton of work, and it’s definitely easier to run,” he says. “But the power you get from being able to stare down that fear in the face… it’s a good high, every time.”

Alyson, a young woman who has been living with and managing kleptomania, has discovered that running is a helpful practice.

“When I start to feel that angst-y, kind of panicked feeling, I run – literally,” she shares. “I put on my running shoes and I just run. That rush of endorphins is amazing. I don’t know how, but when I run, I just feel so relaxed and driven at the same time, like I can overcome or do anything.”

3. Practice meditation. Meditation is one of the most effective ways to keep track of one’s internal dialogue.

Simply put, meditation is the practice of concentration and self-regulation. Mindfulness is a type of meditation, which is the act of focusing on one’s senses and being fully present in the moment. Mindfulness meditation, as it’s often referred to, helps reduce impulsive behavior because if you’re focused on what’s happening in the here and now, you’re a lot less likely to run off and do something else.

Meditation also increases your awareness of your thoughts and feelings – the good and the bad. It helps you recognize what might be an unproductive state of mind, so you can pause before you act.

Meditation doesn’t have to be a formal exercise completed in a yoga studio; it can be done anytime, anywhere (just don’t do it while driving!) You can be mindful when you’re out walking, breathing in fresh air and appreciating nature. You can be mindful when exercising (walking, swimming, doing yoga). You can meditate by closing your eyes and focusing on each part of your body from toes up. There are many ways to meditate, and not one is better than the other – you simply have to find what’s best and right for you.

4. Change the channel. Through the act of meditation, and employing techniques you may learn in therapy, you can change the image you have in your mind. When a trigger causes you to spiral backward in your mind, take control of a virtual remote control and change the picture you’ve drawn for yourself.

Children play games like Simon Says, Hide and Seek, Duck Duck Goose and Red Light Green Light as a way to learn self-control and impulse-control. You can play your own impulse control games. When you’re triggered, play a game with yourself as if you were a child. To now, you have simply acted on your desires, acting and reacting impulsively – but now, in recovery, you’re training yourself to see things through, considering the ramifications of your actions and learning to think about the broader picture before acting or reacting.

5. Be patient with yourself. This is the most important tool you could employ. It takes time to overcome impulse control issues; it won’t happen overnight. Consistency is key, and as they say, slow and steady wins the race.

“It’s easy to get down on yourself, or worse, go back to how things were before,” says Alyson. “It’s tempting to go back to what you know and what feels better, but it’s important to remember that what ‘feels better’ actually feels a hell of a lot worse.

“I’ve found I’m not always successful, but I celebrate when I am, and I don’t hurt myself when I’m not,” she continues. “I accept that this is something I have to live with and it won’t be without conflict or difficulty. Being patient with myself is a form of self-love and it really does help me get through the day.”

If you or someone you know is living with an impulse control disorder and needs guidance, visit us atwww.hopetherapyandwellness.com.