ADHD and aggression in kids and adults 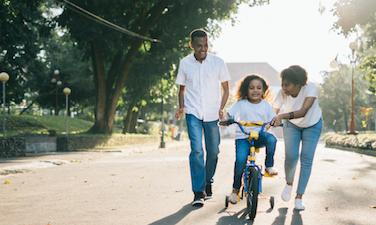 When Corinne describes her 8-year-old son, Josh, she speaks of a funny, intelligent, sensitive boy who has a fascination with snakes and the wild, picture books about ancient Egypt and a deep love for bacon mac and cheese. He’s witty, affectionate and curious, and as the youngest of three boys, has learned to rough and tumble with the best of them, beating his older brothers in games of tag and even tug of war.

“We’ve known Josh has had ADHD since about two years ago,” says Corinne. “We always thought his hyperactivity and hyper curiosity had something to do with watching two older brothers get to do things that he was just itching to do. Learn more about ADHD and anxiety.

“That kind of explained the physical need to be jumping around all the time and doing something,” continues Corinne. “But where we were concerned was the emotional aspect of it – if he didn’t get his way, or things weren’t working out the way he wanted them to, he always just snapped. He always had this really short fuse, lashing out at the tiniest things like, ‘Hey, sweetheart, make sure you finish your vegetables,’ or ‘Okay, time for bed.’ It was like he couldn’t process disappointment, or what he considered a major change – you know, going from playtime to getting ready for bed. That was a really big deal.”

Corinne and her husband, Lewis, began to dread each morning, “never knowing what to expect,” Lewis explains. “I would leave for work at 7 in the morning, so the burden really fell on (Corinne). It got really stressful for the whole family. The other kids were annoyed, mostly, but I might even venture to say they would get scared of Josh’s behavior.”

The ADHD diagnosis came as a relief to the family, who felt comforted that the aggression and defiance came as part of a disorder that “could be maintained, even if not entirely controlled,” says Corinne. “There’s still a pattern of angry and disruptive behavior, but there are strategies, ways to cope.”

Kevin, a 28-year-old indie filmmaker, was diagnosed with ADHD in adulthood. He too, felt relieved when he finally sought -- and found -- an explanation for his anger.

“It’s been the same all my life,” he explains. “If I felt like someone was talking about me or looking at me wrong, I wouldn’t have any restraint – I’d be in their face. Yelling. Sometimes more.”

Kevin confided in his therapist, with whom he’s been working for a year, that he’d always suffered from poor self-esteem, lack of self-worth, and was painfully sensitive to criticism. He added he worried that this criticism he was always so aware of wasn’t real – he wondered if much of what he worried about was imagined, and that he’d destroyed many relationships due to his hypersensitivity.

“I’ve always struggled in relationships,” says Kevin, who shares that at nearly 30, he’s in his first long-term relationship. “I’ve been fired from a job after losing it on a supervisor. My parents are good to me, but I don’t have much of a relationship with my sister and brother. I’m sure they love me, but yeah, I’d stay away from me too, if I was on the other side of my behavior back then.

“Am I excusing my behavior? No. But I always felt like getting the anger out felt better than holding it in. I get that’s not true, but that’s how I’d justify the behavior, I guess? I take that back – I’m not sure I ever really considered my behavior. If I was mad, I needed to take it out on something, someone. That was it.”

Over the years, evidence has come to suggest that men with ADHD are particularly prone to anger, frustration and bouts of aggression. Some studies say that these men feel remorse and guilt, but also carry around a sense of worthlessness and shame. These men may have felt, from childhood, unloved or unlovable. They typically have a hard time dealing with rejection.

Take a story from Kevin’s youth.

“I was 14, 15 maybe? It was the first time I ever had feelings for a girl, and it took me, I don’t know, forever to get the courage to ask her out.

“I wrote one of those notes because I didn’t have the stomach to ask her to her face,” continues Kevin. “I mean, looking back, I don’t think I was an awkward looking kid, I had really good grades, I had friends. But girls? Never.”

Kevin says he managed to slip the note in the girl’s backpack one morning and waited with bated breath to hear back. At the end of the day, he turned a corner and overheard a crowd of girls – surrounding his crush, he says -- in giggles. “They were laughing at my letter,” says Kevin.

In retrospect, Kevin says he could never be sure if that was what was actually happening – he says he saw the girls and immediately jumped to conclusions. Today, he’s at least willing to acknowledge that his low self-esteem and fear of rejection caused him to believe that’s what he saw. It’s also what led him to punch a hole through his bedroom wall – a hole his father refused to patch up for the better part of a year, to remind Kevin of the lasting impact of aggression.

The threat of uncontrolled emotions

Kids and adults with ADHD have a difficult time managing emotions, which sometimes leads to aggression, and in some cases, aggression.

When anger is left uncontrolled, here are some of the things that might occur:

While anger is natural and common, a reaction to feeling hurt or scared, those with ADHD may have greater difficulty controlling anger in a healthy way. Read about the benefits of acupuncture.

Children may exhibit a pattern of angry behavior that at times turns physically aggressive toward teachers, parents, friends or other persons of authority. They test their boundaries and experiment with problematic behavior. Learn about how to manage a child woth aggression.

Often, adults with ADHD display anger because they’re unable to work out other emotions – emotions they feel make them weak or vulnerable. These other emotions may get buried and unexplored, leading to the adult feeling like they’re living in a sort of “pressure cooker.” Those concealed, suppressed feelings then give way to the release of aggressive anger.

So you’re living with someone with ADHD, and they’ve become aggressive. What do you do?

What can you do if your child or adult partner with ADHD becomes aggressive? Here are some tips.

Establish house rules. For kids with ADHD, house rules are a must. They have to be consistent, solid and easy to understand – and so do the consequences when those rules aren’t followed. It’s best to set a list of rules that are stated positively (i.e. say things like “Speak calmly to others” instead of “Don’t yell at others”).

“In our house, we have a chalkboard with rules to live by,” says Corinne. “It serves as a reminder to be kind to each other, to put things back where we got them, to laugh together, to always say good night, things like that.

“But for Josh specifically, he has a list of things that are his responsibility alone. It includes putting away his bike every night, brush his teeth by 8:30, lights out by 9. He has to go over what he did in school with us every day. He’s responsible for filling the dog’s water bowl.

“There’s actually a lot on his list, but he’s very conscious of what he needs to do. Before we had this list of rules and responsibilities for him, we would just be asking him every day. We’d be bugging him, ‘Did you do your homework? Did you brush your teeth? Did you let the dogs out? Did you this, did you that?’

“And that’s where a lot of our fighting came from because it was information overload for him, and he can’t go from one task to the other just like that. So having this list, being aware of what he needs to do… it calms him. It’s definitely made things a lot smoother at our house.”

Kevin’s girlfriend, Shannon, has developed a similar tactic. “It’s not defined, like it’s not set in stone,” she says. “But what I do in the morning is I make a list for myself of all the things I need to do. I’m a list person so that works for me.

“I realized one day that Kev had never tried that, I don’t think. So over coffee in the morning, before we leave for work for the day, we sit down together and make independent lists and we share duties. And now I’m aware, if I’ve forgotten something like pick up milk, I’m not going to put that on him because it’ll throw him off course. I can, however, add to his list something like ‘check with Shannon at 5 p.m. for any extra groceries,’ on a day that he’s not bombarded with stuff.

“We’ve both found this method alleviates his stress levels and we’re kind of taking away that potential for angry frustration.”

Attend therapy regularly. Therapy is helpful, and often necessary, when controlling anger issues, and when living with someone who needs anger management. Some choose to attend one-on-one sessions, but group therapy is an option as well.

For those seeking anger management therapy, they’ll learn what triggers may cause them to become angry, and how that anger might affect others around them. They’ll learn how to respond to those triggers without resorting to aggression, mastering skills that help them manage those triggers in an effective way. They’ll also learn how to relax and find a sense of calm and peace, especially in the moment they feel like bursting. And most important, they’ll learn how to become assertive as opposed to aggression – how to get their feelings out there and how to get heard without screaming or punching a wall.

If you have a child or a loved one with ADHD and anger issues, therapy is good for you too – you deserve a safe space to talk about your own challenges. If you have experienced physical aggression or emotional abuse, it’s even more important to seek professional assistance.

“I started going to therapy because I thought I just always pissed Kevin off, and there was something wrong with me,” admits Shannon. “My therapy has kind of evolved over time. I’ve learned this is a disorder he’s living with and he’s working at it, you know? I don’t take it personally, but I don’t take it lying down either – we’ve figured out, independently and together, that we can’t talk to each other a certain way, or judge each other. His anger gets misdirected and I’ve learned to have a disconnected compassion for that, if that makes sense. I don’t take responsibility for his anger, and he doesn’t blame me.”

Be aware that crises can occur without warning or obvious triggers, and have a plan. It’s easy to make a list of all the things you know will affect your partner with ADHD and a history of anger or aggression. It could be that you know getting cut off in traffic is a trigger to his or her anger; it could be that your loved one will throw a tantrum if you unexpectedly ask him to complete a task he’s unprepared to do.

But there are times that things will happen that will throw your loved one with ADHD off. In those times, try the following:

For more information on ADHD and aggression, visit www.hopetherapyandwellness.com.