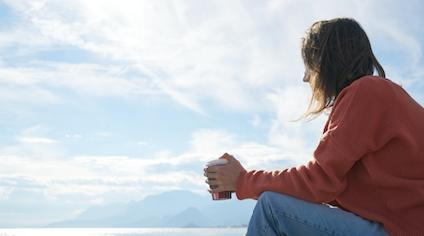 Anxiety and the inability to control impulses -- is there a link?

Turns out, there is.

But first things first. There’s nothing abnormal or atypical about having some anxiety. There’s nothing abnormal or atypical with being impulsive, especially if it’s just now and again. We’ve all experienced moments that have made our hearts race, our blood pump, and our sweat glands go into overdrive. We’ve all likely made last-minute, lightning fast decisions we put little thought into, but felt compelled into making. All of those mini moments – those times we’ve felt our hearts in our throats and shocked ourselves with how quickly we decided to do something – are part of life. Anxiety is and has been felt by every human, propelled by things that worry or scare us. Impulsivity, in the same vein, is a human response, something we do sometimes when we’re listening to our guts or just trying to add some spice to life.

But true, diagnosed anxiety is a different animal from little bouts of anxiety we may feel now and again. So is a diagnosed impulse control disorder. Let’s break them down.

Perfectionism is another kind of impulsive habit that can trigger anxiety, learn more.

Anxiety disorders can vary and are part of a group of mental health diagnoses that are characterized by extreme or excessive fear, apprehension, nervousness or worry. Some may feel mild symptoms that border on vague; these individuals typically are still high-functioning and can move from day to day without significant disruption. Others experience much more serious and devastating symptoms, which take away from quality of life and affects day-to-day living, like attending classes, going to work, or having successful relationships.

Anxiety is defined by the American Psychological Association as “an emotion categorized by feelings of tension, worried thoughts and physical changes, like increased blood pressure.” Anxiety, then, is not only felt mentally or emotionally – it does manifest physically as well.

Because everyone experiences anxiety on some level at any given time, many people may not realize they actually have an anxiety disorder, one that requires the assistance and attention of a mental health professional. Typical anxiety, the kind that requires no medical or psychological assistance, includes that nervous feeling one might get before getting on stage, or leading up to an exciting date, or crossing a busy New York City street.

For Becky, a 28-year-old accountant, she knew there was something up when she “had a meltdown over a cake.

“I was literally baking a cake for my dad, and I couldn’t shake this terrible feeling in my stomach that everyone was going to hate it, and that my dad was going to hate it, and that I was going to completely destroy his birthday. I started thinking about people getting food poisoning because I did something wrong, or that people were going to talk behind my back about why my mom didn’t just buy a cake from the grocery store, because anything would be better than my cake.

“It seems funny and weird now, but at the time, it was so real for me. So real.”

Becky says that in retrospect, she felt anxiety on that level more than not; she worried about her car getting stolen because she might have forgotten to park it, or worried she might lose her job to layoffs if she saw a similar story on the news. Every day, there seemed to be something that triggered some panic in her, and she began to feel physically ill, either thanks to a headache or an upset stomach.

When intrusive, bothersome thoughts are recurring, it’s likely that regular anxiety has turned into an anxiety disorder, one that has the capability of interfering with daily function. A person with an anxiety disorder then feels a number of troublesome symptoms, like irritability, restlessness, difficulty focusing or concentrating, and may either sleep too little or too often.

There is a diagnostic tool that mental health professionals use in the United States called the Diagnostic and Statistical Manual of Mental Disorders, or DSM-5. The newest chapter that talks about impulse control disorders includes a number of them: kleptomania, pyromania, intermittent explosive disorder, trichotillomania, and compulsive gambling. There’s also antisocial personality, oppositional defiant disorder, and conduct disorder. All of these disorders might interfere with an individual’s day-to-day life because they don’t have the capacity to control their impulses, whatever they be, and however dangerous they may be.

Are anxiety and impulsivity related?

While it’s less common for anxiety to lead to impulsivity, it does happen. Those suffering from anxiety disorders may seek out ways to control their anxiety, and those ways may be less than healthy or positive. Those ways may even become addictions or open the door to behaviors that can no longer be controlled. In the same vein, impulsivity can be so distressing that it causes anxiety. The combination of the two disorders can be dangerous and alarming.

Read about how anxiety and ADHD go hand-in-hand.

When can impulsivity become dangerous?

If your impulses begin to control your actions, well beyond logic and reason, and if your impulses are actually starting to cause you distress, it’s likely become a condition that is not only a symptom of your anxiety but what might be causing or elevating your anxiety.

Can anxiety cause impulsivity?

Yes, anxiety can cause impulsivity. Let’s break it down. Anxiety is typically defined as a condition that causes a person to overthink. That definition wouldn’t exactly lead you to think of impulsivity as a potential symptom, right? But experts believe that anxiety actually does lots of things to make a person more likely to become impulsive.

In Becky’s case, her anxiety caused her to become increasingly desperate. “I felt inadequate all the time,” she explains, “like everyone was just perfect and I couldn’t catch up to anyone. It made me feel small. Every day.”

Becky started cutting the inside of her thigh, starting just once a week, and then once a day, and at her condition’s peak, several times a day. She knew it wasn’t a healthy practice, but had grown so reliant on the gratification she had after cutting that she couldn’t seem to stop herself.

Experts explain that behavior like Becky’s is common in those with anxiety; when a person is anxious, they may get desperate, which leads to poor decision making. What Becky did was create a placebo of sorts to minimize her feelings of anxiety, when all she was doing was creating another destructive cycle for herself.

Other individuals with anxiety may seek other false “treatments,” like taking up a hobby or behavior in the hopes that they’ll find some joy and excitement in their lives.

Can impulsivity cause anxiety?

Impulsivity most definitely can cause anxiety too. Many people who report having impulse control disorders will say that they’re too quick, too eager, to perform any behaviors or activities even outside of their main impulse control disorder – they’re just more likely to do things without thinking. This kind of behavior leads to the development of anxiety.

It’s important to remember that impulsivity doesn’t always appear or present as a big, loud thing – it’s not always about a person who decides to quit his job with no contingency plan, or an individual who gets married after knowing a person for four days. It could be like in Roger’s case, who says that he “just does things without thinking.

“My buddies might ask me to go on a fishing weekend and I just say yes and go, not even considering or remembering that I already had plans with my family. So then I go, and I feel like crap the whole time, and my family feels like crap because they think I don’t care about them.

Can anxiety and impulsivity be treated?

As often suggested, therapy with a licensed professional is the most ideal form of treatment for anyone suffering any kind of mental health disorder – it’s no different for the individual living with either anxiety or impulse control, or both.

But there are things an individual can do at home, like exercising: exercise not only makes you feel better physically, but it also means that you’re expending energy where it helps and where it’s good, not on a negative behavior. It’s not necessarily true for all, but it’s certainly true for some, when experts say that sometimes it’s an excess of energy that manufactures a need to engage in negative behavior.

If you have anxiety and difficulty with controlling your impulses, you may also find ways to stay positively busy. Create and maintain a full, wholesome schedule, so you’re distracted and occupied throughout the day, every day. Find things that won’t tug on your impulsive strings: do yoga, put together some puzzles, or cook.

Finally, surround yourself with a solid support group. Find a therapist you trust, join group therapy, and take up hobbies you can do with a bunch of people, like pickleball or recreational golf. Talking is a wonderfully therapeutic thing – when you’re feeling anxious or impulsive, talk it out until that feeling goes away.

Learn about all the types of impulse control disorders.

If you or someone you know has anxiety and an impulse control disorder, and you’re looking for more guidance, visit us at www.hopetherapyandwellness.com.