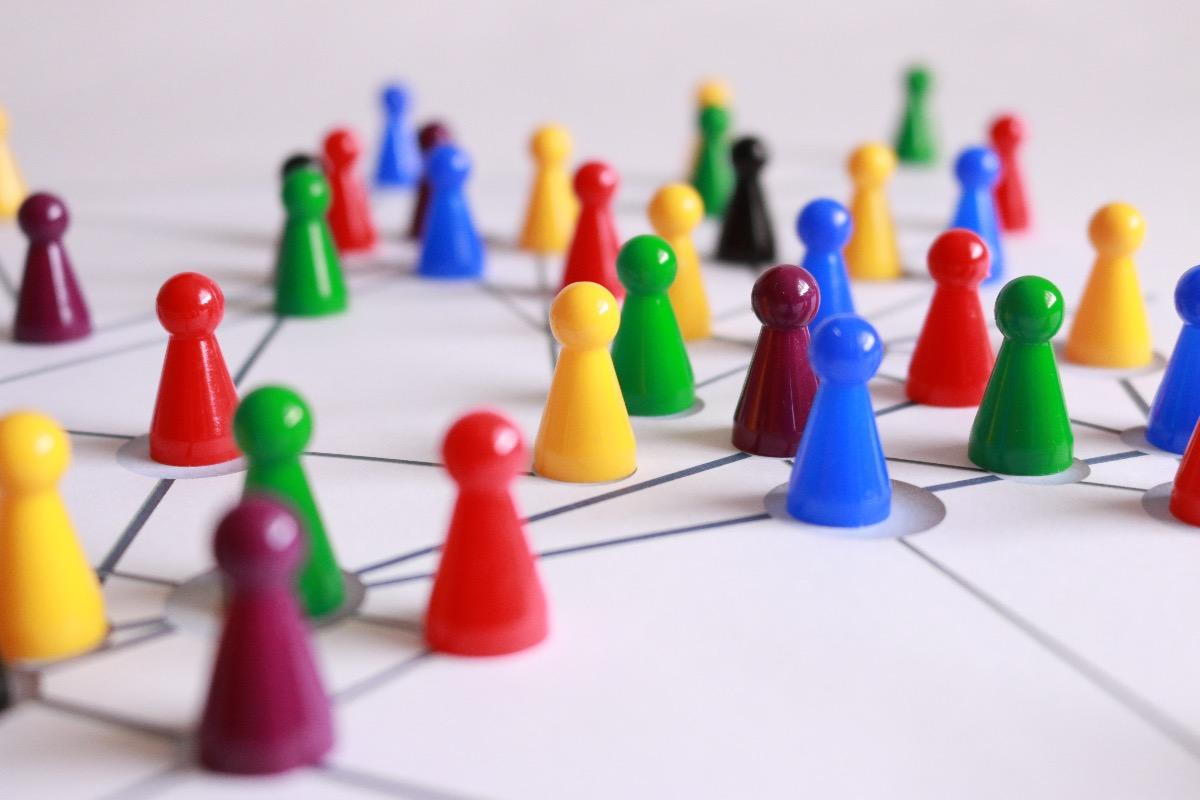 Jessica, now 32, was a bright, articulate and friendly student, one who kept few friends and preferred the company of her German Shepherd, Max. She was diagnosed with ADHD at 12, after years of “just not wanting to sit still and basically just not focusing on anything,” she says. “I think it took a while for anyone to connect that I had ADHD because it’s (much more rare)  in girls.”

In school, Jessica’s grades were decent; although she needed some tutoring in math, she excelled in art, literature and music. In her younger years, she says she always needed to move, fidget or scribble in an effort to remain inside the classroom, but as she got older, she learned ways to regulate her physical behavior. What she couldn’t seem to master, however, were other things: how to remember details, how to better concentrate, and how to control her anger. As an adult with ADHD, she felt as though the tether she had to her parents – the only people, she says, with whom she always felt safe – seemed severed.

“The older I got, the more aware I became of certain things about myself,” admits Jessica. “You know when you’re a kid, and things are really bad, your parents are there for you. They’ll shield you from stuff. They’ll protect you and make everything better.

“As an adult, I’ve really felt kind of alone in this. My parents are still here, but it’s not the same, you know? I mean, you pay your own bills and you make your own meals, so like, you have to figure out how to take care of yourself.

“My therapist and I worked really hard at getting to the bottom of things about me… like why do I have such trouble sleeping? Why am I always so angry? Why can’t I stay in a relationship?”

Jessica, fighting insomnia, anger issues, and moving from one relationship to the next at “lightning speed,” felt overwhelmed, even under the care of a therapist. Although she’d been social and outgoing in adulthood, Jessica rapidly began to withdraw from friends and family. She called in sick to work several times a month, and was terminated after six years at the same company. She stopped going to therapy.

Learn about how you can help your child manage the agression that comes with ADHD.

“I was in hospital for a bit, and then stayed at my parents for weeks after that… it was like I’d regressed or something,” she shares. “My parents begged me to go back and see a therapist who specializes in adult ADHD.

“It’s kind of ironic because when I was diagnosed with depression, I was like, ‘Yeah, I could’ve told you that,’” continues Jessica. “But I never connected it to my ADHD. I didn’t even tell my first therapist I’d been diagnosed with ADHD as a kid, so that probably would have helped if I’d shared my whole history. You have to be so honest with your therapist if they’re going to help you.

As Jessica (who was also diagnosed with borderline personality disorder, or BPD) discovered, depression is quite common in adults with ADHD. She found that many of her symptoms overlapped,  “which is scary if you think about it,” she says, “but only if you don’t get help managing those symptoms. When you get it under control, everything changes.”

The connection between ADHD and depression

Experts have said that depression is over two and a half times more prevalent in those with ADHD or ADD (Attention Deficit Disorder) than adults who don’t have either condition.

Adults with ADHD may have difficulty concentrating, focusing, completing tasks or remembering directions, similar to children with ADHD. However, the following symptoms can also present in adults with ADHD:

Read more about anxiety and it's link to ADHD.

There are two kinds of depression connected to ADHD: primary and secondary. Primary depression occurs even without any obvious signs of unhappy or unfortunate circumstances and is thought be inherited; secondary depression is directly tied to living with undiagnosed, untreated or mismanaged ADHD. It’s said that 25 percent of adults with ADHD don’t know they have the disorder, or have gone untreated. These adults may not realize that they feel sad, suffer low esteem, or feel alone not because they actually are, but because they’ve been living with an undiagnosed disorder.

“If I can help anyone out there, I’d say that if you’re an adult who was diagnosed with ADHD as a kid, don’t ignore your body and your mind in adulthood,” urges Jessica. “I know a lot of people say you outgrow ADHD, and that’s awesome, but for those of us who don’t, there’s a risk that you’ll be diagnosed with something else related to (ADHD).”

Fortunately, there are ways to manage symptoms of ADHD, and several effective remedies for depression.

How can you tell if it’s ADHD or depression? Is it both?

ADHD has been mistaken for depression, and vice versa. This is because both disorders have similar symptoms: people report being forgetful, being unable to concentrate or focus, or being unmotivated.

However, there are marked differences in the symptoms.

Duration. For those with ADHD, feeling sad and disappointed generally is tied to a specific event, and may be fleeting. For example, an adult with ADHD might have experienced a setback at work, and feels low and sad for the next day or two. An adult with depression can experience the same disappointment, but the feelings of sadness linger for weeks or months at a time. Often, the terrible feeling isn’t limited to a single event – it’s pervasive, dark and seemingly inescapable.

Sleep issues. ADHD generally keeps people from falling asleep because the mind just won’t stop spinning. Some adults with ADHD will repeatedly get up from bed to do “one last thing,” only to go to bed and then get up again. But for those with depression, sleeping can either be close to impossible – or the only thing the depressed person wants to do.

“In depression, I could sleep anywhere, anytime,” says Jessica. “My problem was staying asleep. I would go to sleep to escape my thoughts, but I’d wake up six, seven times a night. And every time, I’d feel like a giant mess.

“And if I woke up not anxious or scared about something, I’d think something was really wrong, like ‘What am I forgetting? Why don’t I feel bad right now?’ and I’d scour my thoughts for something awful.”

Lack of motivation. ADHD is less “lack of motivation” and more of an inability to decide what to do first, or next. It could be that you know you have a huge list of things to do but can’t remember or figure out where to start. With depression, it’s an inability to begin the task at all, feeling sluggish, exhausted or spent – even without activity.

Learn more about ADHD and how to cope with irritability.

What are the treatment options?

Most mental health professionals will choose to treat first what is considered the more serious condition – and if you have depression, that takes precedence over your ADHD. While your depression might have come from living with the frustrations of ADHD symptoms, depression left untreated could become life-threatening and severe.

Psychotherapy. Therapy is always recommended in the treatment of depression; in therapy, you can discuss in complete safety what has been bothering you and the root causes of those fears and concerns. With therapy methods like cognitive behavioral therapy (CBT), you may be able to master new ways of seeing things and reacting to them. CBT teaches you how to break your negative thought processes by identifying and challenging the way you think, react and behave.

“I had this epiphany in therapy about a year ago,” says Jessica. “I guess it goes without saying I don’t have much of an attention span, but I didn’t think about how that applied to my emotions. I go from one thing to the other, which means how I feel also goes from one to the other, just like that.

“That’s so exhausting, right? It’s overwhelming to have this giant range of emotions all the time, and I think for the most part humans just find it easier to focus on negative stuff. It takes more work to stay aware of happiness. It’s like getting a papercut – the rest of your body is totally fine but all you can think about is this tiny little spot on your finger that’s probably not even bleeding. But it’s all you can think about.

“Therapy helped me to focus more on the rest of the body – what’s good, what’s right, what’s real, versus the imagined papercuts, or like, the imagined disaster that results from the papercut.”

Medication. In moderate to severe circumstances, medical professionals will prescribe antidepressants, which are designed to boost neurotransmitters like norepinephrine or serotonin. Most antidepressant medications can be taken simultaneously with stimulant medications designed for ADHD, but your doctor will work with you to decide the best route of treatment for your ADHD and depression. It may take a couple of tries with different medication types to find the best for you. While the use of antidepressants has proven useful for many people with ADHD and depression, some may increase or worsen symptoms. Always report any and all side effects – including your emotional responses – to your doctor.

Exercise and eating well. With or without medication, most mental health professionals will suggest that lifestyle changes are also necessary to help treat the symptoms of ADHD and depression. Eating well-balanced meals throughout the day, and introducing or increasing exercise daily are two things that are guaranteed to boost your mood and alleviate the symptoms of both disorders.

You don’t have to turn to bodybuilding. You don’t even have to master a sport to get some exercise in your routine. All you need is 20 or 30 minutes of walking a day to improve your health and mental wellness. You can do it on a treadmill, but better yet if you go outside and get fresh air while you walk. But perhaps you would enjoy taking up a sport with some friends, or trying something new, like barre or fencing. Whatever physical activity you decide to take up, know that it’s improving your physical and mental wellbeing.

Meditation. Meditation and mindfulness are also suggested forms of therapy you can learn and do on your own, at any time, anywhere. There are various types of meditation, including loving-kindness meditation (which is the act of giving love to everything around you, including your sources of stress), progressive relaxation/meditation (which is scanning your body for sources of tension), and mindfulness (which is being aware of your body and your environment in the moment). All of these methods have been proven to help reduce negative emotional reactions and minimize stress and anxiety.

The great outdoors. Spending time in nature, breathing in the fresh air and in the company of trees and grass, has been proven to improve symptoms of ADHD in kids. It does the same for adults, who generally spend more time indoors due to work restrictions. It’s been said that even just half an hour outside boosts the mood and just generally makes people feel better, thanks to the effects of the sun.

If going outside during the day isn’t possible for you, you may want to invest in some plants for your indoor space, as well as a full-spectrum lamp.

If you think you may be suffering from ADHD and depression, visit us at www.hopetherapyandwellness.com and book an appointment with a therapist today.