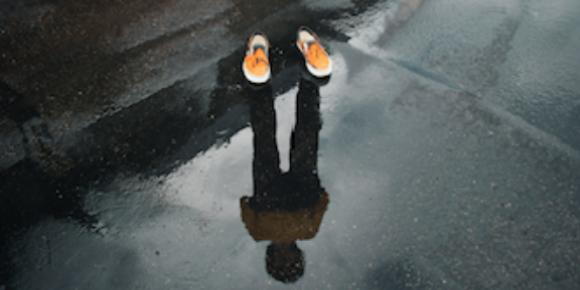 In 2015, an article published in Psychiatric Times revealed that impulsivity (long believed by mental health professionals to be an oft-misunderstood aspect of suicide risk, and a fairly consistent predictor of suicide) could be “highlighted for its role in facilitating suicidal actions among those with suicidal ideation.” Respected experts in the field (led by researchers Mann, Waternaux, Haas and Malone) suggested through a clinical model of suicidal behavior that impulsivity may make an individual more likely to act on suicidal feelings, with impulsivity putting an individual more at risk for suicide attempts and successful suicide than a pre-determined, pre-meditated suicide plan.

Global research indicates that mental illness is the biggest factor for suicide. 90% of people who die by suicide have a mental disorder. Today, the World Health Organization estimates that approximately 800,000 people die as a result of suicide per year, which amounts to one person every 40 seconds. Still, statisticians and experts note that while no independent determinant (including a single mental disorder) is enough by itself to cause suicidal ideation or suicide, things like illness, financial hardship, or any kind of breakdown (whether it’s marital, professional, social or otherwise) can and do contribute to the possibility suicidal ideation or suicide attempts.

With such grave reports on conditions like depression and impulse control disorder leading to suicide, it’s no wonder that many mental health professionals are being exceedingly diligent on caring for those who are currently living with or have a history of these conditions.

In 2015, Joanna was called to the emergency room by her adult daughter, Amy; her estranged husband, Arnie, had just attempted suicide.

Joanna was taken aback, although she admits carefully she wasn’t entirely surprised. Only a year before, their nearly two-and-a-half decade long marriage had met a tumultuous end, when Joanna had unearthed a mountain of debt Arnie had amassed as a result of his secret gambling addiction.

“From the beginning of our relationship, he handled all the money,” says Joanna, six years Arnie’s junior. Enthralled by his physical appearance and his confident stride, she was immediately smitten. “He majored in finance in college, and he loved making money as much as he loved spending it. I was young, impressionable, and completely taken by this man who showered me with gifts and kept me in what I considered the lap of luxury.

“Other girls would say, ‘Wow, isn’t that weird that he won’t give you any control over money? Isn’t a marriage supposed to be a partnership?’ But anything I ever wanted, Arnie would give me, and I never knew any different. I spent freely, and he wouldn’t complain.”

Arnie, Joanna learned, was highly romantic, extraordinarily dramatic, and sometimes, frighteningly impulsive. A few short weeks after their lavish wedding, he’d bought first class tickets to Paris for the two of them, “just because.” He once drove by a yacht club and decided he wanted his own boat, even though he’d never sailed a day in his life. He was kind, loving, and funny, Joanna says, although he did exhibit signs of jealousy a little too often.

“He was… complicated,” Joanna says. “He made decisions at the drop of a hat. Anyone would call it impulsive, but he called it living in the moment.”

In 2008, Arnie was excused from his high-paying job, forcing Joanna to seek employment for the first time since they married. She found a job at a department store, where she quickly moved from the sales floor to management, and for the first time became conscious of every dollar she was bringing in – and every dollar that was going out.

“It was a real adjustment in our marriage, that dynamic,” says Joanna. “Arnie got depressed and couldn’t find a job he felt was worth his salt, or so he kept saying. I would almost have to force him out of the house to network or to meet with buddies who might have leads.”

The couple downsized their home, using the money from the sale of the house to stay afloat. Joanna was permitted to open her own bank account and agreed to give Arnie the cash to pay whatever bills he decided she would pay; she was even allowed to spend some of her money on herself. But she still wasn’t given access to Arnie’s accounts and records. Again, Joanna argues, this had always been the norm, so it wasn’t something she even considered requesting. The small amount of financial freedom she had was, for now, good enough.

After several months in the depths of depression, Arnie seemed to turn – he started getting up early again, dressing well and heading out the door before 9 a.m. each day. His spirits seemed brighter. He told Joanna he’d decided he was going to “make looking for a job a full-time job,” pounding the pavement and looking for an employer who would find his talents valuable.

Joanna didn’t question Arnie’s newfound confidence and motivation; she was only grateful that he was out of his slump and back out in the world. She even tried to ignore his increasing mood swings, thankful that he was at least trying to contribute.  When she confided in a close girlfriend, “my friend thought maybe he was having an affair,” says Joanna. “And in retrospect, I should have flagged it… he was out a lot but getting no calls for interviews. He was always cheerful when he left in the morning but grumpy when he came home. He just seemed unhinged a lot of the time, but I chalked it up to, ‘Well, he’s a man and he’s resentful that he’s not the bread maker right now.’

“I was making a lot of excuses. The affair thing just seemed inconceivable, but he was being extraordinarily secretive… so then the wheels in my head started spinning.”

After a few months, Arnie still hadn’t secured a job, and Joanna was at her wits’ end. She was struggling physically and emotionally. One afternoon, she noticed Arnie had forgotten to log out of his laptop, and something compelled her to take a look.

“I thought for sure I’d find emails or pictures of some 20-year-old,” she admits. “I look back now and I think, God… I wish that’s what I had found.”

Arnie’s bank statements had been left open in the browser; a mortified Joanna “literally saw red,” she says. “Debt. Massive amounts of debt. Lots and lots and lots of debt.

“We were literally hundreds of thousands of dollars in debt.”

Arnie’s credit cards had been tapped out, the maximum amounts on each withdrawn and transferred as cash advances into his checking account, and then withdrawn again. “Everywhere I looked there was a negative sign. Withdrawal here, cash advance there. Everything was going out, but nothing was coming in.”

When Arnie arrived home that evening, Joanna confronted him. Pale and horrified, Arnie was forced to reveal what he’d been hiding.

All of the days and evenings he’d been out pretending to find work, he’d been gambling. He had withdrawn nearly every dime the creditors would lend, betting higher and higher amounts every month, then every week, then nearly every day. He had hoped that the higher the risk, the higher the reward, but it never worked out that way. Every loss appeared on his face when he came home. Every dollar lost contributed to his mood swings, his weight loss, his emotional instability.

Joanna was sick to her stomach. That evening, she packed up a few things (“The things he couldn’t sell,” she says) and left to move in with her sister.

Triggers for relapse can be spotted and stopped in their tracks, read how.

The number of people being diagnosed with impulse control disorders is increasing, and for this reason it’s important to understand what the diagnosis means.

Impulse control disorders are characterized by the individual’s inability to control his or her urges, and eventually, their emotions and behaviors. People who live with impulse control disorders repeat the same behaviors despite adverse consequences that directly result from those negative behaviors; their social and personal lives are affected and are, more often than not, significantly impaired. Left untreated, the disorder worsens over time, as the individual will experience increasing urges and cravings. There are five main recognized impulse control disorders, including kleptomania, pyromania, compulsive gambling, intermittent explosive disorder, and trichotillomania.

A number of other mental health disorders can co-occur with impulse control disorder, including depression.

Read about how chronic illness is linked to depression.

The American Psychiatric Association defines depression, or major depressive disorder, as a “common and serious medical illness that negatively affects how you feel, the way you think and how you act.”

Depression is not just a bit of sadness one feels now and then; depression typically lasts for at least two weeks on a consistent basis. Depression causes feelings of sadness that interrupt or interfere with what a person once loved or enjoyed, and it can lead to a host of physical, emotional and mental problems. The symptoms may be mild, but may also be severe, and include the following:

There is no definitive rule for mental health disorders and how and when they co-occur; it’s important to note that just because a person exhibits impulsive behavior, it doesn’t mean he or she will impulsively try to commit suicide because of depression. Just because a person has depression doesn’t mean he or she will develop an impulse control disorder.

That said, when an impulse control disorder is left untreated, and the individual becomes overwhelmed with living with the symptoms of his or her particular disorder, there is a possibility of the development of depression. Such was the case with Arnie, who developed an impulse control disorder, and eventually depression, when the gravity of his situation began to weigh too much on him.

Despite these frightening statistics and serious list of symptoms, the good news is that both depressive disorders and impulse control disorders are highly treatable. With the correct diagnosis, and an individualized treatment plan (which may include medication and/or therapy), a person with one or both disorders can find his or her way to a healthy life again.

Learn about how psychotherapy could help you with your depression.

If you or someone you know has an impulse control disorder that may be coupled with depression, visit us at www.hopetherapyandwellness.com and speak to a licensed mental health professional today.