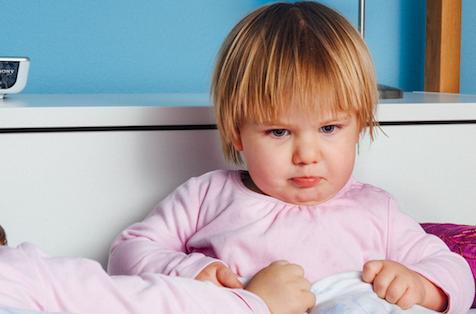 “Oppositional definition,” when searched on the web, is defined as an act of resistance or dissent, an action of combat or confrontation.

Children who have Oppositional Defiant Disorder (ODD) seem to live by this definition. They are often angry, irritable, vindictive and insubordinate – these behaviors are typically and frequently directed at parents and other authority figures.  These children are also persistently argumentative and disobedient, appearing as though nothing will make them happy, or as if they’re purposely behaving in ways that will cause some kind of conflict. They seem to revel in annoying or upsetting others, but may not take responsibility for their actions, often blaming other people for their bad behavior.

Here's some tips on parenting a child with ODD.

It’s been reported that up to 40% of children who have attention deficit hyperactivity disorder (ADHD) also show signs for ODD. The connection to ADHD is the belief that for many kids, the ODD tendencies are a coping skill to deal with the struggles of having ADHD and their own perception of constantly not "measuring up" to their peers and loved ones.

If you or a loved one has ADHD, we can teach you how to better manage the symptoms.

The disorder by itself is actually one of the most common behavioral disorders in children. It typically appears more in boys than in girls, particularly before puberty hits; once it does, the disorder appears almost equivalently in both genders.  A great comfort for many parents is that it’s typical for the disorder to calm as the child gets older, with studies showing that by the age of 18 years old, up to 70% of kids with ODD no longer show any signs or symptoms of the disorder.

What causes ODD is challenging to determine; experts have said that it’s impossible to define a single, specific cause that may contribute to a child becoming diagnosed with ODD. Many factors are at work for a child to develop ODD, including a genetic disposition (family members who may suffer from other mental illnesses like personality disorders, mood disorders or anxiety); physical, chemical reasons (an imbalance in neurotransmitters, which help keep brain chemicals in balance); or environmental factors (the child growing up in chaos, violence or disruption).  Children who live in discord or dysfunction, an exposure to substance or alcohol abuse, neglect, or are physically, sexually or mentally abused are at higher risk of developing ODD than children who are not exposed to such experiences. However, a child may still develop ODD without the presence of these high-risk factors.

Because the disorder has been a topic of conflict among professionals, prompting many a parent to ask, “Is oppositional disorder real?” it’s even more important that parents and guardians take the opportunity to learn about the disorder, including what exactly it is, what the symptoms of oppositional defiant disorder are, and a child’s risk factors. There is no reason, as a parent, that you feel you have to go through managing a child with ODD alone. There are behavioral treatments available for ODD that include teaching the child – and the family – coping and learning skills that promote healthy family environments, the management of negative, problematic behaviors, and the building of trust. It’s also beneficial for families to seek out oppositional defiant disorder strategies in an effort to bring peace and a resolution of conflict within the home and at school.

The American Psychiatric Association released an oppositional defiant disorder checklist in 2013 to provide parents with a self-test to determine whether their child has the disorder. This checklist is not a diagnostic tool.

If you answered yes to many or most of the questions above, it’s a good idea to make an appointment with a trusted mental health professional for an official evaluation and diagnosis.

The following are common symptoms related to ODD. There are types of onset: childhood and adolescent. All of these symptoms can and may present during either type.

Physical aggression. When Devlin was five years old, his mother, Elaine, went back to work after having been a stay at home mom since his birth. He hadn’t been a particularly difficult infant, but had grown more challenging in his toddler years, often arguing against house rules and having tantrums, which Elaine was sure he would outgrow as he got older.

“You hear about the terrible twos, and that can go into the terrible threes,” Elaine says. “But then it went to the fours… and it was actually getting worse. The older and smarter he got, the more he wanted to resist everything.”

Elaine and her husband, Josh, decided against enrolling Devlin in kindergarten when he turned five, instead opting for full-time daycare. “I just had a feeling,” says Elaine. “We thought it might be an easier transition for him to go from something a little less structured but still with defined rules and a defined schedule to a formal school environment.

“To be honest, I was pretty nervous about how he’d deal. But I had no idea it would escalate to more than what he’d been like at home.”

Within a week, the supervisor of the daycare called Elaine and Josh in for a meeting. “We had warned them in the beginning that he was a very strong-willed child,” says Elaine, “so they were prepared for that. But they called us in and said he was always hot-tempered, like every day. He was annoyed by everyone, everything. And when it came to following the rules, forget it – they told us he would literally stare down the teacher and purposely draw on the wall or spill out Legos on the floor or whatever.

“Whatever it was they were asking him to do, he’d do the opposite, and he would still look angry doing it. He was five.”

The behavior at home also began to worsen.

Elaine says she and Josh didn’t need to be encouraged to seek therapy; Devlin’s actions were now severe enough that they knew they needed assistance on how to manage his increasingly aggressive behavior.

Children with oppositional defiant disorder haven’t learned, or have difficulty expressing, healthy ways to cope with challenging emotions. If they’re scared, upset, worried or lonely, it often comes out as anger or violence. In therapy, parents are provided effective methods to help their child manage those emotional challenges.

Devlin is now eight years old, and Elaine says he still gets excitable and angry, but has since learned to relieve his stress using positive outlets. She and Josh have also been taught to define explicit boundaries, and are sure to remind Devlin that there are negative consequences for bad behavior. “Josh and I had to be a unit and follow through on everything we threatened,” says Elaine. “That’s not the best word for it, but what that meant for us was that if we told Devlin, ‘Okay, you’re losing your iPad for a week if you do so-and-so,’ it meant that neither of us could fold. One of us couldn’t take the iPad away and the other would give it back to him after two days. We’ve learned that a big part of managing this fell on us – Devlin had to know that rules are rules are rules and no amount of freaking out on his end would bend them.”

If your child is physically violent and you feel you are in danger, do not hesitate to call the police. In certain circumstances, some behavior will be severe, and leaving the situation is the only way to de-escalate the behavior.

If your child is dealing with a lot of agression, we have some tips to helping them cope with their emotions.

Verbal aggression. Some kids take out their anger just using their words. Their mean, cruel words might take the place of a punch or a kick, or they may accompany physical aggression. Kids with ODD have typically low levels of frustration tolerance as well as poor coping skills. Because they react impulsively to things that upset them, they may often attack verbally without a second thought – meaning they resort to name-calling, threatening, demeaning or intimidating.

Madeleine, 12, was diagnosed with ODD two years ago. Her mother, Ilde, says her daughter’s verbal attacks leave her feeling hurt, scared and exhausted. “It’s a terrible feeling… like you’re vulnerable to your own child,” she says. “What’s worse is that I think over time we got used to it. It’s shameful to admit, but for us it became a cycle – she would be abusive, and sometimes we’d give it right back to her.”

In therapy, Ilde and the whole family learned a system of boundaries. If Madeleine makes anyone feel demeaned or attacked, they must respond with firm but positive messages like, “It is not okay for you to talk to me like that.” The therapist reminded the parents to continue with setting and following through on boundaries because Madeleine might feel comfortable and safe talking with her parents and teachers in this abusive way, but that in “real life,” or the outside world, there could be legal consequences for such behavior.

At home, it’s important for your child to see and have the opportunity to mirror healthy behavior. This means that if you have a child at home with ODD, the behavior and actions you put out are the behaviors and actions your child can learn from – so if you are upset or disappointed by something or someone, instead of losing your temper, communicate with others in a way that clearly respects their defined boundaries.

Other symptoms. Older children with ODD also have the tendency to deliberately annoy others. They will poke and provoke other people, knowing that their behavior causes anger or irritation. Some older kids or teenagers with ADD may criticize authority figures (like parents, teachers or coaches), making fun of the way they talk, walk, or look. Kids with ODD may also be reported as being bullies, taunting or abusing younger or more vulnerable children.

“Madeleine has very few friends and has a hard time with kids,” says Ilde. “The girls tend to stay away from her at school because she scares them.

“Honestly, I think it comes from her own lack of self-esteem and sadness over not having a lot of friends,” Ilde continues. “You know that saying, ‘Hurt people hurt people?’ I think Maddie is having the same frustrations any kid does but she has a hard time handling it, and it comes out as meanness.”

Kids with ODD also defy rules, refusing to listen to people of authority and challenging even the most patient of parents and caregivers. Because kids with ODD thrive on conflict, they love the chaos over the battle of control; they enjoy watching their parents melt down, and feel as if they’re gaining their parents’ sense of power. While typical kids respect rules and regulations, and will likely not commit bad behavior again after having experienced an uncomfortable consequence, kids with ODD will repeat the bad behavior again and again, as a result of wanting to experience that power struggle.

Vindictive behavior is also a common symptom of ODD. Out of spite, kids with ODD may break objects, destroy property, steal items of little or great value, or even hurt animals or other people. They may also constantly be looking for a fight. These types of behaviors may cause kids with ODD to be viewed as delinquents or “bad kids” and may experience suspension from school, isolation from other kids, or even police contact.

If you think your child has ODD, or has already been diagnosed, visit www.hopetherapyandwellness.com to find a knowledgeable, licensed therapist who can help.