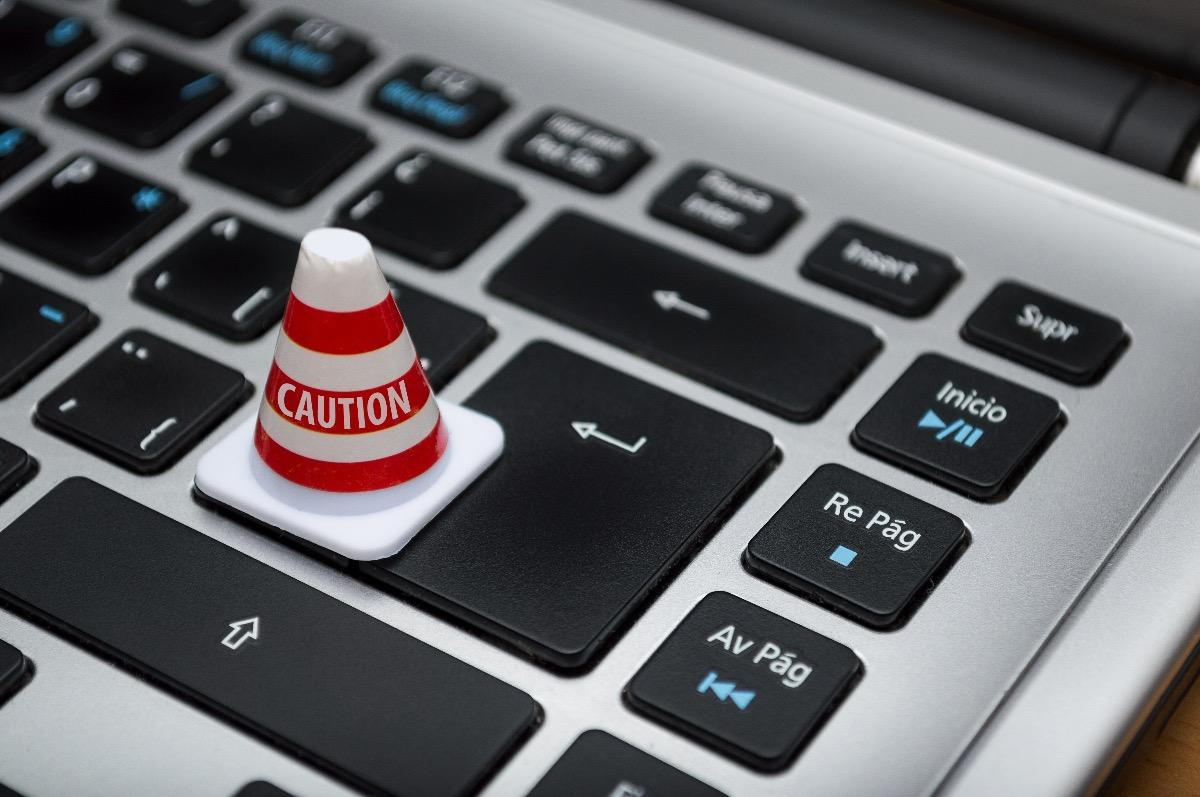 The Mayo Clinic defines a personality disorder as “a type of mental disorder in which you have a rigid and unhealthy pattern of thinking, functioning and behaving.” Those who suffer with a personality disorder may have challenges with perceiving or relating what might otherwise be considered normal relationships, activities and situations, whether that’s at school, at work or at home.

Cluster A personality disorders are defined by strange and eccentric thought patterns and behaviors. They include the following:

Paranoid personality disorder. These individuals have difficulty trusting people, to the point that they are suspicious of everyone and their underlying motives or reasons for behaving. They have a belief that everyone is out to harm them, and that no one can be trusted. They have a difficult time confiding in anyone, due to unreasonable and perverse fears that anything they share may be used against them somehow, some way. They may also feel as though innocent remarks or gestures mean something more significant (like a personal attack) and therefore respond in angry, violent ways. People with paranoid personality disorder tend to hold grudges against many people and have very challenging relationships, especially romantic, because they constantly feel as though their partner is likely cheating on them.

Schizotypal personality disorder. Those with this disorder have odd characteristics – they may dress strangely, believe in peculiar things, and speak in atypical, unusual ways. Their emotions and responses to others may seem either cold, inappropriate or indifferent, likely because of their social anxiety and discomfort in personal relationships. They may believe they can influence others’ behaviors, thoughts and attitudes with their own thoughts, and that some things happen as a ‘sign’ or ‘message’ intended only for them.

If you have a loved one who experiences anxiety on a day to day basis, read about how to help them manage their anxieties.

Antisocial personality disorder. When people think of the term ‘antisocial,’ they often picture a person who simply likes to be alone. However, a true antisocial personality disorder is much more serious. Individuals with this disorder do not regard others’ feelings, desires or needs. They lie and steal often, conning other and repeatedly challenging the law and social norms. They may be aggressive and violent, and have no respect for other people’s safety. They typically do not feel remorse, are irresponsible and are often impulsive.

Borderline personality disorder. Borderline personality disorder isn’t as it sounds – it doesn’t mean a person is “on the verge of crazy,” as some may think. Those with this disorder are often unstable and fragile, feeling as though they are unworthy; they feel constantly empty, stressed and worried. They have an intense fear of being alone, and their moods are constantly up and down. Their relationships are always in jeopardy as they participate in impulsive, risky behaviors and are often intensely, frighteningly angry.

If you or a loved one frequently gets angry or explosive, there may be an underlying intermittent explosive disorder. Read about its 7 signs and symptoms.

Histrionic personality disorder. Those with this disorder are reported to be exceedingly dramatic, emotional and attention-seeking. They are easily influenced by others, which means their emotions and beliefs often change. They are excessively concerned with how they appear physically, and mistake relationships to be closer or more intimate than they actually are.

Narcissistic personality disorder. Narcissists believe they are more special and important than anyone else in the room (or the world). They fantasize often about success, power and achievements, often exaggerating their own talents, skills and triumphs. They are arrogant, take advantage of others, and have no regard of other people’s feelings. They believe they are envied by all, but ironically tend to envy others.

Cluster C personality disorders are defined by fearful thoughts and anxious behavior. They include the following:

Avoidant personality disorder. Those with avoidant personality disorder are sensitive to rejection and criticism, no matter how constructive. This is due to the fact they constantly feel inferior to others. They tend to avoid situations and circumstances that may require socializing, and they are painfully shy, which means they avoid creating and cultivating intimate relationships. They fear disapproval more than anything, and are quickly embarrassed.

Dependent personality disorder. Those with this disorder are the title suggests: they tend to be heavily dependent on others, and can be described as “clingy,” “needy,” or “submissive.” They are scared that they may have to fend for themselves because of their lack of self-worth and self-confidence, and constantly need reassurance from others that what they’re doing, deciding or thinking is okay. Also due to the fact that these individuals lack confidence, they have a hard time with initiative or motivation, feel uncomfortable disagreeing with others, and may take abusive treatment. Also, those with dependent personality disorder may feel a rush to jump into a new relationship the moment one ends.

Obsessive-compulsive personality disorder. This is different from obsessive-compulsive disorder (which falls under anxiety disorders). Obsessive-compulsive personality disorders are characterized by the need for perfection – details, rules and strict standards must be upheld at all times. These individuals struggle with the excessive need to control other people and situations, and have a hard time delegating tasks because they feel they’re the only ones who can do it. They may neglect their personal relationships when they’re committed to a major project at work, and are often particularly strict over spending and budgets. They are inflexible about things like rules, regulations, ethics, morals and values, and can’t throw anything away, even if they’re broken and no longer useful.

Compulsive personality disorders comes in all different shapes. One of those shapes is a gambling addition. Here is an article to learn more about compulsive gambling.

The Mayo Clinic also warns that you may not realize you have a personality disorder because your ways of thinking and behaving have become natural – the disorder likely started in your teenage years and young adulthood. Blaming others, as well as past circumstances, is typical for an individual with a personality disorder.

Anais is a 38-year-old mother of two, and has been married for 20 years. She was sexually abused as a child by an uncle who was only 10 years her senior, and despite her strict Catholic upbringing, dove into sexual relationships in her early teenage years. Although she married a man she describes as “good and kind, the best guy on the planet,” Anais has had no less than 20 affairs in as many years, often with men she’s met online, men who have no idea she’s married, has children, or who she truly is. Some of these men don’t even know her real name; she’s gone as far as to fictionalize her entire story, a new one to match each man.

Having been in therapy for the last five and a half years, Anais says she was in denial at first, and is just now beginning to understand her diagnosis.

“I learned almost six years ago that I have borderline personality disorder, which pretty much sums me up,” she says. “I hate saying that now because I don’t want it to define me – I don’t want to paint myself as the loser I believed myself to be all these years.

“I guess I realize now I never liked myself, and it probably started when I was six when my uncle started abusing me,” she continues. “It’s taken me a long time to admit this, because it’s so shameful, but for a long time I feel like I enjoyed the abuse – like I looked for it or allowed it, because he became focused on giving me pleasure as opposed to what you see on TV, which is this violent, scary man taking over a girl.

“My dad was in the army, so he was gone a lot. My uncle, even though he was so young, was this father figure to me. I sought that father figure all my life. I went from guy to guy. But I was such a geek… I was this awkward little thing. As time went on, I realized that if I just tweaked my personality a bit, like if I got funnier, or I looked like I was into cars, or into philosophy, whatever the guy was into, he seemed to like me more.

“I thrived on that attention. I didn’t even realize it wasn’t me they were paying attention to – it was whatever character I created. I really craved the idea of home, and stability, and I created that too – I got married and had kids, and I really am legitimately happy at home, but I also have created these silos, where I can be fifteen different people and having all these different experiences and feel that sense of excitement and first love over and over again.

“On top of the borderline personality disorder, I also came to realize I had no control over my impulses. I would meet a guy and immediately meet him and have sex in a bathroom at a restaurant. No shame. I would walk into a CVS and steal a lipstick I didn’t even want just because I could. I’m an extremely impulsive person and I have to talk myself down from a ledge almost every day.”

Mental health professionals urge those with personality disorders to work on balancing self-control, examining the consequences of either over-controlling or under-controlling a belief or behavior. Individuals with personality disorders can work with a therapist to learn how to inhibit or exhibit a particular impulse, so they can become more successful and healthy in the long term. Not all impulses have to be inhibited or suppressed, because risk-taking can be a way to express ourselves creatively or to reap a reward; risk-taking can also prevent life from feeling boring and dull. However, we can’t take so many risks that we put our lives on the line. For this reason, we must work on how to find a balance.

If you or someone you know has a personality disorder and struggles with impulse control, visit us atwww.hopetherapyandwellness.com and speak with a licensed counselor today.