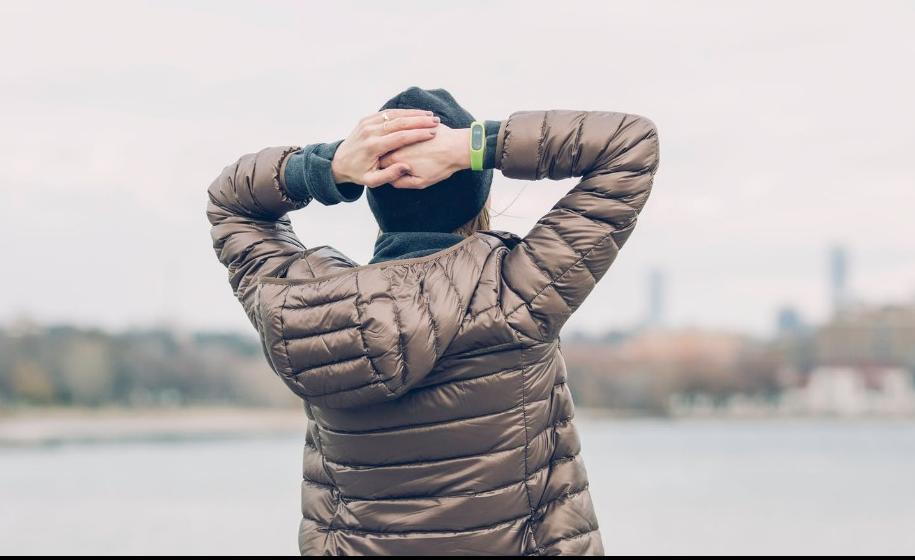 In 2003, Melissa was a 25-year-old electrician. Five years before, she’d graduated from a trade school in her small Midwestern city. She told her friends and family that she’d chosen the industry because she was inspired by a group that empowered young women to begin careers in non-traditional sectors; the truth was, she wanted a job in a field in which she could keep her head down, and “not have to be dressed up and put on heels and makeup or anything that you know, draws attention to you.

“I just wanted to do something with my hands and live a pretty quiet existence,” says Melissa.

In December of that year, the women’s group that had guided Melissa into her newfound career held a gala. Much to Melissa’s surprise, she was being presented with an award. The group wanted to highlight Melissa’s hard work, compassion for her fellow employees and customers, and make an example of her so that other young women would be inspired to follow in her footsteps.

Melissa was mortified. She wanted no spotlights on her – she wanted to share no stories, write no speeches, or have any photos taken. She was harboring a secret, one she was sure she would never tell.

Now 40 years old, she still chooses to live her life quietly and in the comfort of shadows, but is at least willing to quietly – albeit somewhat secretly – share her story.

My name is Melissa, and I’m 40 years old. I have Trichotillomania.

For anyone who doesn’t know, trich (that’s the short form) is a disorder that causes people to pull out hair from anywhere there’s hair, like the scalp, eyebrows, eyelashes, underarms, legs, even the pubic area region. I would imagine for guys they pull it out from their beards or their chests too. I’ve pulled it out from my legs but that’s pretty recent.

I don’t have eyebrows anymore. I haven’t had them forever. When I won that award, my first thought was, “Crap. How am I going to get up there in front of all those people?” See, at work, I pull my hair back in a ponytail and stick a hat on. It’s a way to hide all of my bald spots. I guess I’m lucky because I was born with pretty thick hair – well, lots of it, anyway – so I started off with a lot to be able to pluck out. It’s pretty thin now. Wearing a hat hides my face, so for the most part people wouldn’t notice I didn’t have eyebrows. I didn’t know what I was going to do at the awards banquet.

This started for me pretty young. I don’t know – I was six or seven, I guess? It started off with just a hair here and there. But then I started to like, make a ritual of it. Not that I would sit in a room and schedule it or anything, but I would pick at it and then keep the hair. I’d stick it in my pocket and then put it in this pretty box at home. Then one day I noticed how much I had and I was so grossed out and threw it away.

After that, I didn’t keep the hair anymore. It just kept increasing in severity and I wasn’t realizing it until I started to see bald patches. Everyone else noticed. I didn’t have a lot of friends, and I was lucky I wasn’t bullied like I’ve heard other kids are. But I wouldn’t have needed their judgment anyway, because I was totally judging myself. I hated who I saw in the mirror. I just felt so ugly with my bald face and my patchy hair. But the more I hated myself for what I was doing to myself, the more I did it. It was just totally vicious.

Before the banquet, I went to one of those makeup counters at the department stores. I think I went to Sears, because the other ones were too intimidating. I bought this expensive, fake looking wig and made an appointment at one of the counters and I told the girl there that I had just finished chemo and that’s why I needed a wig and why I had no eyebrows. Isn’t that terrible? She was so nice to me and I wondered if she’d be just as nice if she knew the truth. At the time I didn’t even know this was a legitimate disorder – I figured I was just a freak.

Now I know it’s real, and I’ve been to therapy long enough to develop the skills and tools to manage this thing. Microblading is a thing now, so I have eyebrows again! My hair has never been the same, but there are some really fantastic extension pieces out there and I’ve figured out how to blend it all in and feel pretty good in my skin out in public. And I recognize that the story I’ve been telling myself about myself isn’t all true. It’s not all a lie, either – I actually do have challenges, I have a disorder, but I’m not a freak. Some people have diabetes, and they manage it. I have trich. I’m managing it.

An overview of trichotillomania

As described by Melissa so bravely, trichotillomania is a hair-pulling impulse control disorder. It is characterized by the irresistible urge to pull hair from anywhere on the body that hair grows. It can leave patchy or fully bald spots. It often starts because of distress, but the person’s distress is made worse due to these results. People with trich report feeling unable to function at home, at work, in social situations and in relationships because of the shame, regret and pain caused by trichotillomania. They often go to great lengths to hide the loss of hair because they’re so ashamed. Not all cases of trichotillomania are severe, however – some experiences are mild, while others are extreme and debilitating.

The symptoms of trichotillomania include the following:

For the most part, the act associated with trichotillomania is done in private; most people with the disorder hide it and are ashamed of it. It can be automatic, meaning that they pull out their hair without even realizing it, like while watching TV or reading, or it can be focused, meaning that the hair pulling is deliberate. Some people with trich become obsessed with finding just the “perfect” hair to pull out, or eating pulled out hair. Some individuals with trich experience both automatic and focused hair pulling.

Trichotillomania is a chronic and long-term disorder, which can worsen over time without treatment. Experts warn that for women, hormonal changes (like menstruation, pregnancy or menopause) can exacerbate symptoms. While hair pulling is more common in women than men, particularly in adolescence, trichotillomania’s symptoms can last for weeks, months and years, well into adulthood.

Trichotillomania causes remain unknown, but researches are confident it’s likely due to either genetic or environmental factors, or a combination of both.

Those at higher risk of developing the disorder include people who have a family history of trichotillomania, those between the ages of 10 and 13, those under severe stress, and those with a history of other mental health disorders like depression, obsessive compulsive disorder, or anxiety.

Is there a trichotillomania test?

Following are some questions that may help you get a better idea of whether or not you have the disorder. It’s important to know that this is not intended to replace an official evaluation through an accredited mental health professional.

3. I pull out my eyelashes.

4. I pull out hair on my arms, legs, pubic area, or other places on my body.

5. Sometimes, I eat the hair I pull out.

7. I pull out hair when I’m stressed or anxious.

8. I don’t even realize I’m pulling my hair out sometimes.

9. I have bald spots where I’ve pulled out my hair.

10.  I avoid talking about pulling out my hair.

11.  I can’t stop myself from pulling out my hair.

12.  I get really upset when I try to stop pulling out my hair, which makes me pull it out.

14.  My hair pulling is interfering with my work, relationships, and life in general.

I’ve been diagnosed. How do I control trichotillomania?

1. Buy a fidget toy, like a spinner or a cube. When anxious or nervous, it’s a good idea to keep your hands busy doing something else. A child pulling hair out is likely to be successfully distracted when using something like a fidget spinner; an adult may find relief in something like a stress ball.

2. Wear a hoodie or bandanna to bed. If you keep something between your hands and your hair, you’re less likely to be pull it. It seems simplistic, but a physical barrier is sometimes exactly just what you need to come between you and your urge to pull.

3. Brush your hair. The very popular television series, The Brady Bunch, popularized the method of brushing one’s hair 100 times for maximum shine. While that may or may not be true, the idea of caring for and loving your hair is a good one. Rather than using your hair as a negative outlet for stress relief, start babying your hair – brush it, style it, deep condition it, or have it cut or colored in a new way. When you begin to appreciate your hair, it will seem less of a source of stress and more a source of pride.

4. Keep busy. Downtime can be a dangerous thing, especially when you’re weighed down by negative and anxious thoughts. When you keep your body and mind busy, you’ll be less likely to think about pulling.

5. Keep a journal. Write down your feelings. Reflect on the day, including your thoughts, good and bad. Expressing yourself positively will help steer away those bad thoughts and feelings.

6. Take bubble baths. This seems like a luxury not many people have time for, but long warm baths are good for the body – and the soul.

7. Use the rubber band method. Wear a rubber band on your wrist, and every time you’re feeling the urge to pull, snap the band. This sharp little pain is harmless, but will remind you not to give in to your impulse.

8. Meditate. Meditation is a great way to learn discipline and self-control. It will help familiarize you with your internal dialogue, that little voice that motivates the trichotillomania.

If you or someone you know has trichotillomania and needs support, please contact us to schedule your free consultation.