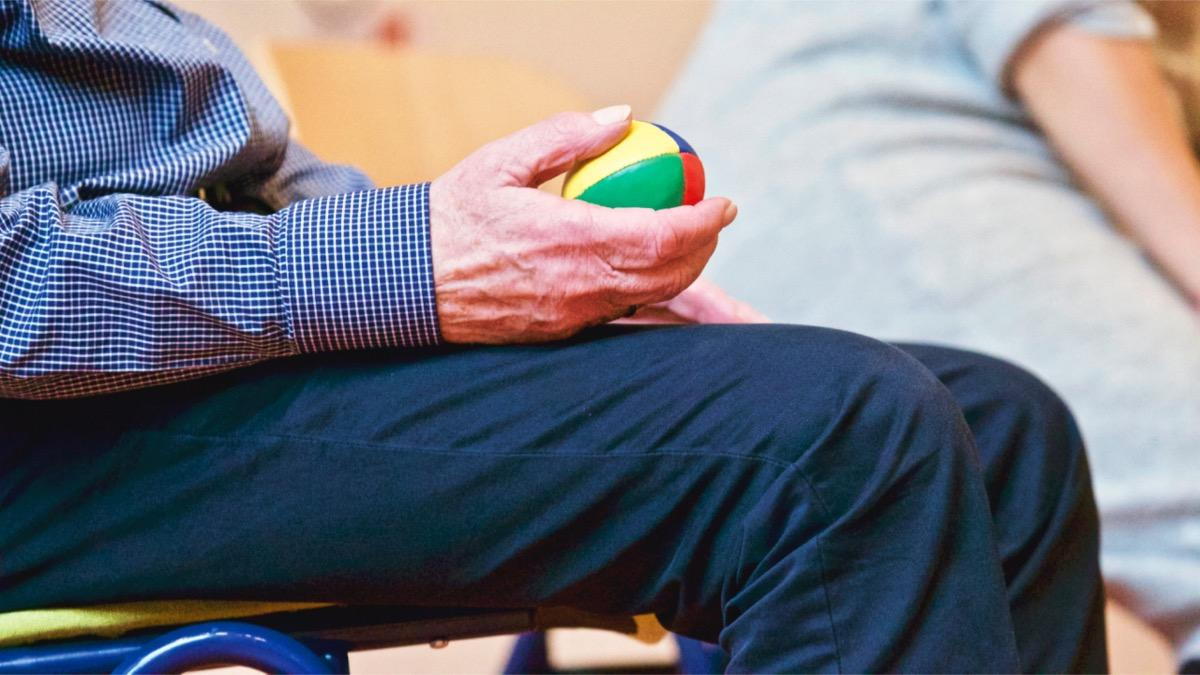 Ever since Keira can remember, Alyson was always the most fashionable, elegant girl in the room. With shiny brunette hair that hung halfway down her back, and sparkling green eyes that danced when she was happy – Alyson was beautiful, warm and captivating.

“She always had everything everyone wanted,” remembers Keira. “In high school, she was that girl who didn’t go through that awkward phase everyone else seems to. In college, it was like everything came easily to her. She was that girl – you know, the one with the friends, the clothes, the boyfriend, the money.”

Alyson, Keira recalls, came from an upper-class background. Her house was located in a gated community, with sprawling greens and a fountain in the yard. A housemaid came twice a week, and Keira remembers a chef gracing their kitchen at least once a month, for when Alyson’s parents decided to host a dinner party.

Best of friends since childhood, despite growing up with very different backgrounds, the girls were inseparable. “We talked on the phone all the time, like first thing in the morning,” Keira says. “We’d hang out at lunch, then get in Aly’s car and drive to the mall after school. She was just so fun and friendly. She was a really happy person to be around. It wasn’t hard to like her at all.”

What Keira didn’t know about her best friend, however, was a dark side. Alyson was harboring a secret.

Alyson was a kleptomaniac.

What is a kleptomaniac?

Kleptomania is an impulse control disorder . It’s marked by the inability to stop oneself from the urge to steal. Usually, the individual with kleptomania steals item that he or she doesn’t even need, and are probably items that don’t have much monetary value. Experts explain that the disorder is characterized by challenges with self-control and emotions; when a person with kleptomania has the urge to steal something, the pressure is on until he or she commits the act. Even with the potential of major repercussions – guilt, remorse, even an arrest – the kleptomaniac feels the need to steal anyway.

Without treatment, it’s difficult to manage kleptomania. Unfortunately, most people with the disorder are so ashamed of their behaviors (or may not even be aware it’s a condition), that they’re quite unlikely to see treatment. There is no known cure for kleptomania, meaning that the urge may always be there – but with medication and psychotherapy, ending the cycle of compulsive stealing can be found.

There are other types of impulse control disorders, read about the five stypes and their symptoms.

The symptoms of kleptomania include the following:

Who out there is a kleptomaniac?

Kleptomaniacs aren’t typical shoplifters; they don’t steal because they need something and can’t afford it, or because they feel the need to act out as a form of rebellion. They steal because of a powerful, irresistible urge to do so, and until they commit the act can’t find a sense of relief.

Experts explain that kleptomaniacs also don’t plan out their behavior – while shoplifters might plan out their thievery hours or days ahead, kleptomaniacs act on their urges spontaneously, and often with the assistance of another person. Kleptomaniacs steal not only from shops like grocery stores or clothing boutiques, they also steal from friends and family members, either while visiting or during a party.

The items taken by kleptomaniacs typically don’t have much value – they’re not expensive things they’re stealing because they think they can never afford to buy it in the first place. Beyond that, once the item is stolen, the kleptomaniac is unlikely to every use the item at all – they stash the product away, throw it away, or give it away to someone else. Sometimes, they even return the item back to where it came from.

While the cause of kleptomania isn’t known, experts believe that it could be due to changes in the brain. Some say that kleptomania may become present in individuals experiencing issues with low serotonin (the neurotransmitter known to regulate emotions and mood), while others say that people with   addictive disorders may also report kleptomania symptoms. An imbalance in the brain’s opioid system may also be a cause.

Kleptomania is such an uncommon disorder that many may not even realize it exists; some may be so humiliated by the admission of their behaviors that they may never seek treatment. Others may have been jailed repeatedly after numerous thoughts, and go undiagnosed or cared for.

Typically, kleptomania begins in individuals during the teenage or early adolescent years, but it has been known to begin later in life. More women than men are diagnosed with kleptomania.

A lot of people suffer with anxiety, learn about how you can help a loved one who lives with it.

How is kleptomania diagnosed? What are the treatment options?

A diagnosis for kleptomania follows a physical and psychological evaluation by an accredited mental health professional   or physician. Physical evaluations are often included so as to provide the physician with a broader picture, including if the individual has any medical conditions that may be affecting or triggering your symptoms. The patient may be asked about his or her impulses and how they feel before, during and after the behavior; he or she may be provided with a self-assessment, test or questionnaire; may be given a list of situations and asked if they sound familiar, or if they trigger the behavior. The therapist will also likely use the criteria found in the American Psychiatric Association’s Diagnostic and Statistical Manual of Mental Disorders (DSM-5).

Kleptomania must be treated. It usually involves a combination of medication and talk therapy, as well as participation in support groups.

While there are no medications specifically made for kleptomania, the physician may prescribe addiction medications which are intended to minimize the urge to steal. Antidepressants may also be prescribed, as well as a combination of other medications that do not interact with any current prescription the individual may already be taking.

Cognitive behavioral therapy is often used to identify those negative beliefs that lead someone to want to steal. The individual with kleptomania will learn, through CBT, healthier, more positive way of thinking, which will eventually lead to better control over kleptomania urges.

Keira says that after watching her friend steal for several months, she finally had to confront her.

“She broke down and said she didn’t know what was wrong with her,” Keira says softly. “It didn’t add up to me. Here was this girl who could have anything she wanted. I mean, she probably did have everything she wanted! She tried to explain that she couldn’t explain why she needed to take random things. That part kind of made sense – there was one time we were in this store and I saw her slip this really gaudy pill box thing into her purse.

“But what I found really sad was that she really did seem authentically broken over this. This was not a girl who was sad because she was stealing because she got caught. Honestly, she seemed relieved to be able to talk about it to someone.”

I have a friend like Alyson. What do I do?

Following are three things you can do to help a friend who’s a kleptomaniac.

Be compassionate. Give as much care and understanding as you possibly can. Let your friend know they are loved and appreciated, but that they do need help on a clinical level.

Keira says that the most important thing she felt she did was not judge Alyson. “I grew up with a dad who fought alcohol abuse, so I’m no stranger to mental health disorders,” she explains. “I know better than to judge or attack someone for something they don’t know how to control.”

Keira says she gave Alyson a “blank check” for friendly “therapy” sessions. “She knew she could come to me, day or night, whenever she wanted,” says Keira. “I spent as much time with her as I could, and kind of watched out for her. I was careful not to police her – like, I wasn’t watching her 24/7 or being super authoritative with her, but I would remind her to watch her behaviors and her triggers.”

If you're having trouble confonting a loved one about addiction, read about how you can safely talk to someone close.

Encourage. Let your friend know that it’s a great idea to seek help from a psychiatrist to help medically with the impulse to steal. It’s also beneficial to them to find a  talk therapist  who can help them work through those impulses, and find other ways to soothe their concerns and struggles that may trigger the need to steal.

It was Keira who urged Alyson to seek the assistance and guidance of a trained mental health professional. “When she first told me her problem, I admit I jumped to conclusions right away, thinking in my head, ‘Oh my God, my best friend is a shoplifter,’” she says. “I guess I kind of went to addiction right away, but I didn’t think of kleptomania.

“When she got that diagnosis, it was a huge relief for her.”

With her friend’s support, Alyson felt empowered to seek therapy and to also take medication. Not only did she not feel judged, she felt like she had help and backup.

Support. Many of us, even without the diagnosis of a mental health disorder, feel alone. We feel like no one else can relate to what we are going through. It’s even lonelier for a person going through what’s considered such a shameful disorder.

When a person attends a support group, they are often enlightened and relieved to find a group of people who understand exactly what they’re going through and feeling. In a support group, they know they’re not alone after all, and that there are many people out there like them who have been where they are, or are going through what they’re going through. Even more joyful and comforting is finding people who have found success and recovery, and are available to share their stories.

If someone you know may be a kleptomaniac, or you believe you may have kleptomania, visit us at www.hopetherapyandwellness.com to speak to a compassionate, highly qualified professional today.