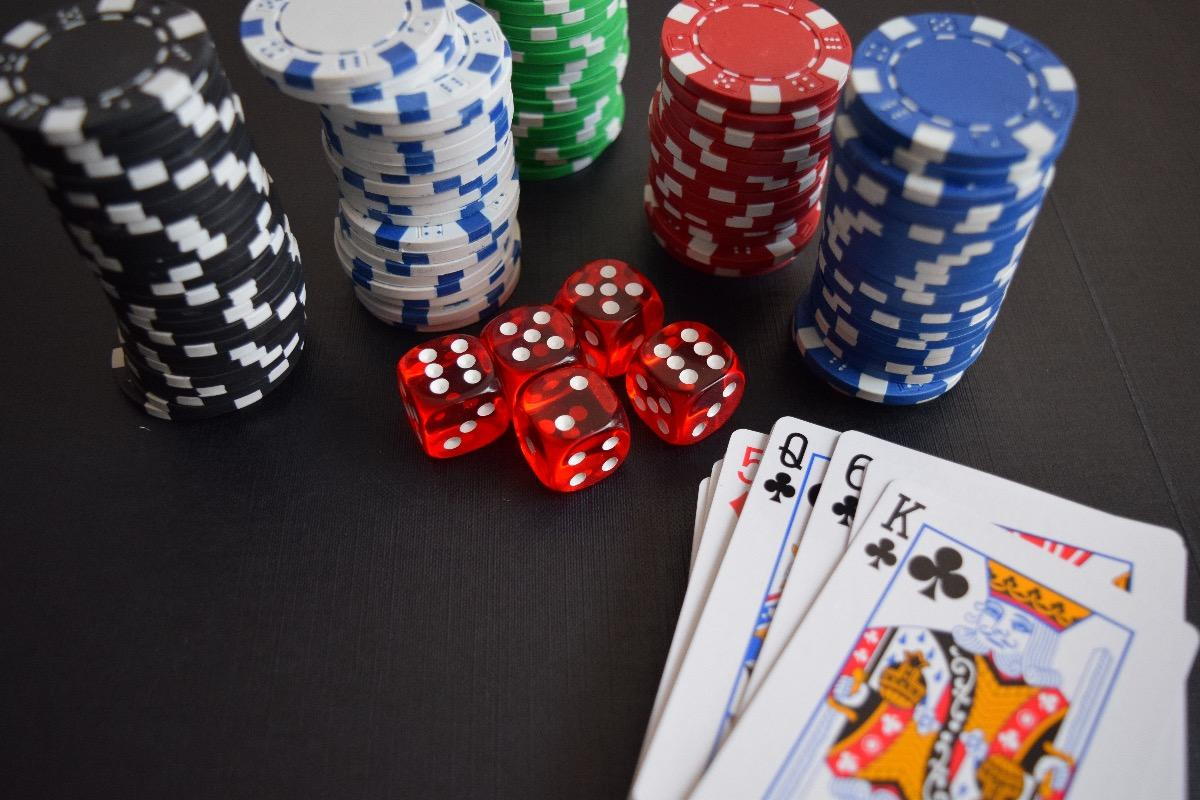 Jonathan, a 48-year-old father of three, is a commissioned salesperson. His wife, Jayme, is an entrepreneur, creating soaps and lotions out of a remodeled shed in the backyard. Five years ago, they had two children headed for college and another in three extracurricular sports. Money had always been tight, Jonathan says, but this was their most financially challenging era so far.

“We’ve never been the type to have savings,” he explains. “It was hard enough to make ends meet. But you’d never know it, based on how we live.”

Like so many families, Jonathan says, they struggled to keep up their needs and wants with two incomes. Both had irregular paychecks and both had a love of buying new things – he loves new technology and can’t resist buying the newest smartphone, while Jayme seems to redecorate the living room every season. To keep up appearances with their circle of upper middle-class friends, Jonathan, who had always managed their accounts, decided to finance their lives with credit.

In May 2014, Jonathan attended an out-of-town conference held inside a casino. The hum and buzzing of the slot machines called out to him; it seemed an innocent enough way to clear his mind, ease his boredom, and killed time between sessions and meetings. The slot machines called for only a few dollars at a time, and as beginner’s luck would have it, he kept winning.

The ease upon which Jonathan came upon the extra cash consumed him. With newfound money in his hand, the stress seemed to melt away.

Back home, Jonathan began to visit the local casino once a week after work, something he’d never considered before. There, he started at the slot machines as well. He won a few times, but not as much as he’d won while away. He increased his visits to twice a week.

“It turned into an obsession pretty quick,” he admits. “There was one machine I loved and kind of obsessed with… I won once there and it was almost as much as I won at the conference. I got this high from it that first time, and I just kept wanting to repeat it. But I never could. The high was high, if you know what I mean… but it was never the same.

“And I kept chasing it.”

Jonathan says that he began to believe that if he could just win another few times, life would get better. He could eliminate most, if not all, of their debt. He could afford to send his kids to college without taking out loans. He could take his wife to Bali. With all that new money, life would be perfect.

The quarter slots soon lost their luster for Jonathan; within several weeks, he was playing the highest available slot machines. It wasn’t uncommon for Jonathan to lose hundreds of dollars within minutes.

Within six months of gambling – made up of nightly trips to the casino, sometimes a lunch hour or two during the week – Jonathan estimates he lost $225,000. Unbeknownst to his wife, he’d drained their cards of all available credit, used up their home equity line, and began taking money from their children’s bank accounts.

“Listen, I wasn’t unaware of what I was doing,” he says. “If a friend told me he was doing what I was doing, I would have thought, ‘Are you insane?’ But I fully believed that unless you play, you can’t win. And I’d lost so much, and there was no job in the world I could take that would make me back that money even with years of working 24/7, so I thought the only way I’d ever get it back was to keep playing.”

Here are other types of impulse control disorders that you or a loved one may suffer from.

Jonathan is not alone in this disorder; pathological gambling is a growing issue. This type of disorder can be devastating, catapulting families and individuals into bankruptcy, criminal activity, or worse.

A compulsive gambler doesn’t have the ability to resist the need to gamble. Often, this need is so tantalizing, so overwhelming, that the only way to relieve it is by gambling even more.

Often, compulsive gamblers refuse to admit they have a gambling issue. Sometimes it takes until they hit rock bottom – typically the loss of all savings, one’s home, or the destruction of close personal relationships – before they admit they need help.

There are many signs and symptoms to compulsive gambling. According to the Diagnostic and Statistical Manual of Mental Disorders, 5th Edition (DSM-5), if you have experienced four or more of the following symptoms over the last 12 months, you likely have a gambling problem.

--   You are gambling using increasing sums of money because the “high” isn’t as exciting as it was before
--   You’ve tried repeatedly to stop or even just cut down on gambling, but can’t
--   You turn to gambling when under stress or feeling anxious, depressed or helpless
--   You are preoccupied with thoughts of gambling, including reliving past experiences or planning the next time
--   You “chase” your losses, thinking that the only way to gain back what you’ve lost is to gamble some more
--   You lie to family members, friends and loved ones about just how much you’re gambling
--   You’ve lost massive sums of money, your home, your job, or significant, intimate relationships as a result of your gambling
--   You’re relying on others to help you meet day-to-day bills because your financial picture has become so bleak; any money you do make, you spend on gambling
--   Your gambling activities and behavior can’t be better explained by another mental health disorder

Who is at risk for compulsive gambling disorder?

Experts say that 1 to 3% of adults have a gambling addiction, typically beginning in young adulthood or adolescence. More men than women have a gambling problem. Older adults are at the higher risk, because their income is typically fixed. These cases are often the most distressing, because they have such limited ability to recover from their losses.

It’s been reported that those who develop a gambling problem have a history with other addictions, like alcoholism or substance abuse. They may also have depression or anxiety. These co-occurring disorders have led to suicidal ideation, and in some situations, even suicide attempts.

Gambling disorder may begin with “innocent” gambling; it’s when it increases in frequency and amounts of money that red flags start to go up.

Gambling disorders can either be regular, or they can be episodic, and may even disappear and reappear throughout one’s life. Like other addictions, a gambling compulsion can worsen during periods of extreme stress, but can surprisingly disappear for extended periods of time. Because many individuals refuse to admit they have a problem in the first place, they may underestimate the dangers that come with a resurfaced gambling problem.

Compulsive gambling has been associated with substance abuse and impulsivity. More men than women are likely to start gambling at an earlier age; women who develop the problem do so later in life and in a shorter time frame. Women are also more likely to have a co-occurring disorder, like depression and anxiety. Although the rate of treatment-seeking is low amongst both genders, women are more likely to seek treatment than men.

How do I know if I have a gambling disorder?

Many people are able to gamble occasionally, and will never develop an addiction to it. However, some will develop a compulsion, and will move from occasional gambling to routine, habitual gambling. As the compulsion worsens over time, habitual gamblers will risk larger and larger sums of money. In many cases, it results in deep debt; in more severe cases, it leads to complete financial ruin and even criminal activity.

The following are five signs that you may have a gambling disorder:

You just can’t stop. Your life is consumed the amount of time and money you pour into the activity. Your previous interests no longer have a place in your life; you might even find yourself skipping out on important life events or major meetings at work just so you can gamble. Your friends and family members might have tried to encourage you to acknowledge your problem and seek help, but you don’t listen to them. You may promise them, and yourself, that you’re going to stop – but you never do.

You choose gambling above other responsibilities. Gamble, or eat? Gamble, or pay the rent? For those with a gambling disorder, gambling takes precedence above all else, even the necessities. You gamble with money you know you don’t have, or money you can’t afford to lose. Sometimes, you take the money you know you need to live – the grocery budget, or your mortgage payment for the month – and put it up, telling yourself it’s a “sure thing,” only to end up losing that money and finding yourself in an even worse financial situation.

Everything in your life is suffering. Your relationships are falling apart. Your job is in jeopardy, or you may have already lost it. Your health is eroding. And still you keep gambling. In an effort to maintain that high, you just keep putting out more and more money that you don’t even have. You’re losing everything, but it doesn’t seem to matter anymore – you’re telling yourself that you’ll get it all back when you win it all back.

Boundaries are non-existent. You’ve lost all sense of health boundaries. You spend much of your time scheming, thinking about ways to get more money to gamble. You’re crossing every line, and a lot of the ways you’re considering aren’t legal. At this point, you’re playing with fire.

Other addictions that can be overly-consuming but treatable is video game addiction.

Compulsive gambling can be treated, even if not always prevented. The best thing for individuals with a history of addictive disorders or mental health disorders is to limit their own access, so as not to encourage a potential new addiction.

If or when a person begins to exhibit signs of a gambling addiction, intervention at the earliest stage possible is key. The most important part of a successful recovery is admission by the individual – when the person with the compulsive gambling disorder recognizes and acknowledges the problem, successful treatment and recovery isn’t far behind.

Therapy can be very powerful for a person suffering with compulsive gambling. Individuals can attend private or group therapy sessions, or even both. Therapy sessions and 12-step programs both respect and adhere to abstinence rules like those laid out for recovering substance abuse addicts and alcoholics.

Medication is also sometimes used to assist a person recovering from compulsive gambling. The physician may prescribe antidepressants or mood stabilizers, and will almost always suggest taking the medication in conjunction with attending therapy sessions.

Here's some tips on how you can find the strength to seek treatment.

If you or someone you know is a compulsive gambler, and you need guidance and assistance toward healing and recovery, visit us at www.hopetherapyandwellness.com.