5 tips for parenting a child with ODD 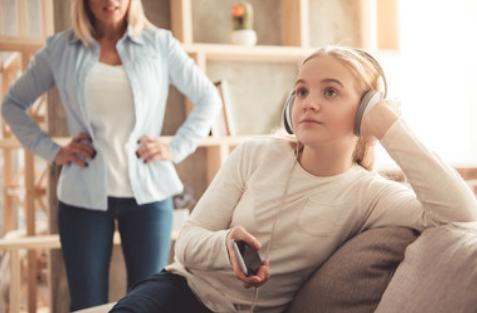 Cherie was at a loss.

She had adopted Zander as an infant, well aware that his birth mother had used drugs heavily before and during the pregnancy. She had been advised of the risks, but Zander seemed like a perfectly healthy, thriving child, and she fell in love with him the moment she saw him.

As he reached toddler age, he seemed more active than even most, acting aggressively toward other children and Cherie herself when he was unhappy or frustrated. Cherie thought nothing of it, comforted in the idea that most children at this age were experiencing the world for the first time and experimenting with feelings, thoughts and behaviors.

At the age of seven, Zander was diagnosed with attention deficit hyperactivity disorder (ADHD). For Cherie, it explained his inability to sit still, his resistance to focusing and his lack of desire to wait his turn for anything. “I thought, ‘Okay, so all this emotional turmoil he and I are having has a name,’” she says. “I felt good with the diagnosis, because (ADHD) seemed so commonplace. I knew of other moms who’d gotten the same answer about their kids and I felt relieved.”

Learn more about the symptoms and causes of ADHD.

But what Zander didn’t have in common with the other children, Cherie began to fear, was his vicious rage, a seemingly uncontrollable aggression. It was something he displayed toward people of authority, including her, his teachers, and his house league soccer coach; he also had an inexplicable temper when playing with other children.

“There have been many, many days from hell,” Cherie recalls. Now a single mother, she is parenting a particularly challenging child on her own. She was called to the school frequently, being notified that Zander had hit a child, threatened to harm a teacher, or had begun throwing things in the classroom. Within a year and a half, Zander had been expelled from two schools.

And the situation worsened.

“One afternoon – I’d say Zander was 10 by this time -- I heard a horrid scream down the street. It was one of the moms in the neighborhood, screaming at Zander to stop and trying to pull him off her son. He was stomping on this other boy’s chest while that boy lay on the ground.”

When she brought Zander home and confronted him, he began punching the wall. When she reprimanded him for that behavior, Zander lunged at her with his bare hands, growling at her with anger.

It wasn’t long after that incident that Cherie learned Zander had oppositional defiant disorder (ODD), which is characterized by violence, rage, refusal to follow rules, and mean, spiteful behavior. Unlike occasional anger or the infrequent tantrum, children are diagnosed with ODD if they’ve displayed this kind of behavior actively and regularly over the last six months.

Cherie sought the advice of a therapist who specialized in ODD, a knowledgeable health professional who guided her with tips and tools to parent a child with ODD. “(Before seeing the therapist), I thought my world was crashing,” she says. “Parenting is hard enough. But parenting a kid with ODD? It’s damn near impossible when you feel alone and have no idea what to do.”

With the support she and her son needed, Cherie is glad to report that Zander, now 14, is a much healthier, happier young man. His outbursts are infrequent, and his future now seems so bright and full of hope.

“It’s nothing I could ever have pictured years ago when I was getting phone call after phone call that my son was disrupting everyone and everything – again,” Cherie says. “All I have to say is that when you have a child with ODD, don’t wait to get help. Run. It makes all the difference for you and your family.”

What causes ODD is thought to be a combination of factors, including biological, social, and psychological reasons. It typically occurs in children who have also been diagnosed or have a history of ADHD. If you recognize yourself or your family in the above situation and are seeking some tips, the following are some oppositional defiant disorder strategies for parents that can help. These can be used to discipline a defiant teenager as well as a defiant toddler, and they are also helpful strategies for teachers dealing with oppositional defiant disorder in the classroom.

1. Learn to distinguish between intentional and unintentional defiant behavior before punishing your child. There are times when impulsivity and defiance are not intentional – they’re a result of the ADHD or ODD diagnosis. While it’s important for the entire family – for you and your ODD child -- to stick to a plan of discipline, something that the child understands is a set of consequences for inappropriate or bad behavior, it’s vital that you treat the disorder before you punish.

“I was having screaming matches with Zander all the time, so much so that I would lose my voice,” says Cherie. “Worse, I was losing my mind! It was completely ineffective. What Zander couldn’t verbalize to me was that he didn’t want to be acting that way. This was as mortifying for him as it was for me.”

Cherie’s therapist began a treatment plan for Zander’s impulsivity and hostility. Eventually, as those behaviors were recognized and minimized, Cherie was able to differentiate between what was intentional and what was not.

“I’m not punishing him for the behaviors that got him expelled from school, like when he hit almost every single kid in class,” Cherie shares. “That’s the stuff we’ve got under control now. Now it’s reprimanding him for lying about not finishing his homework, or coming back half an hour after curfew. You know, all the things other moms get to deal with their kids about. Not that insane violence.”

2. Praise your child for the things he or she is doing well. Positive reinforcement is key in the treatment and management of ODD. With disorders such as ADHD and ODD, children often secretly harbor feelings of failure and disappointment in themselves. And because parents justifiably try to help them stop the unwanted behavior, sometimes the positive behavior is overlooked.

Feeling disappointed can go hand-in-hand with ODD, so here are some tips on what to do when you or your child is feeling depressed.

“I try to mix it up with Zander,” says Cherie. “Most days it’s just me giving him a hug and saying, ‘You’ve done such a great job!’ or ‘I love you.’ But every once in a while, I’ll say, ‘Hey, for doing such an awesome job this week, let’s go see a movie.’

“I find it really motivates him and gives him this sense of confidence which he never had before.”

3. Stay calm and composed. When dealing with a high-energy, defiant child, you must keep your cool. It’s imperative, as a parent, that you keep your composure, because the calmer you are, the better your chances of resolving the issue at hand.

We know. It’s easier said than done to stay calm when your child is seething or throwing objects around the room. But there are techniques to stop yourself from boiling over.

First, you can count to ten. Believe it or not, a few seconds can make all the difference between keeping it and losing it. Take a deep breath, detaching from the situation, and then speak. Second, try to identify with your child – try to figure out his or her triggers and feel a sense of compassion for the difficulty he or she is having in dealing with those awful feelings. Third, change your negative thoughts from ‘I can’t deal with this anymore!’ to ‘We will get through this successfully.’ Lastly, you can listen to your child. Let him or her know they’re being heard and they’re not wrong for feeling sad or angry, but that there are better ways to deal with those emotions. Ask them for their opinion as to how.

4. Use code words. Here’s a cool way to deal with a defiant teenager or little one: use a secret word. Sometimes, the mere use of the word ‘no’ or ‘stop’ is enough to push a kid with ODD over the edge. Those negative words can be a trigger for angry behavior.

Try using fun, silly words like ‘watermelon’ or ‘snickerdoodle.’ This word serves as a private signal to remind your child to breathe, calm down, or dial back the anger. Your child may even choose to use the word to let you know he or she is starting to get upset.

“This method is really cool,” says Cherie, who says dealing with a defiant teenager feels like a walk in the park with the right tools. “At first, it was like a tornado signal. When Zander would use his code word – hopscotch – it wasn’t long before he would lose it. So at first it just gave me a second to prepare for what was oncoming.

5. Remember that reinforcements are only a phone call away. Dealing with a child who exhibits the symptoms of ODD is challenging. It’s not weakness to ask for help. More often than not, it’s a necessity.

Mental health professionals who specialize in ADHD and ODD have the ability to devise a strategy for the management of these disorders; it’s not something a parent ever feels he or she has to deal with alone. Many experts will say that the preferred treatment for ODD is a combination of individual and family therapy, but when therapy alone doesn’t help, medication may be added to the strategy for optimum results. Don’t be discouraged in the beginning, however, if your child seems resistant to the therapeutic process – remember that they’re neurologically hardwired to defy authority and rules. Over time, though, individual therapy will result in your child learning how to control his or her anger and emotions, turning to positive instead of defiant behaviors.

Cognitive behavioral therapy (CBT) specifically has been proven effective in the treatment of such conduct disorders; it teaches the child to change thought patterns from uncomfortable ones to those that are more positive, realistic and helpful.

A lot of anxiety can come along with going to therapy, here's how to confront those fears.

For Cherie, therapy has been a godsend.

“What’s been most crucial about therapy is how empowered it’s made Zander feel,” she shares. “He’s told me he doesn’t feel like a freak anymore, and that he feels like he has a better handle on his emotions. He’s been given permission to feel angry, but he knows how to control that anger better now.

“For me, I can’t even explain the weight it takes off me. You can feel like an absolutely horrible parent on a good day – what more when your kid is punching holes in the wall? Therapy has given me the peace of mind that it’s not my fault, and it’s not Zander’s fault.

“That’s a huge comfort to any parent.”

If your child has been diagnosed with ODD and you’d like to speak with a licensed mental health practitioner with a specialty in the disorder, visit us at www.hopetherapyandwellness.com.