5 tips for helping children with ADHD deal with the fidgets 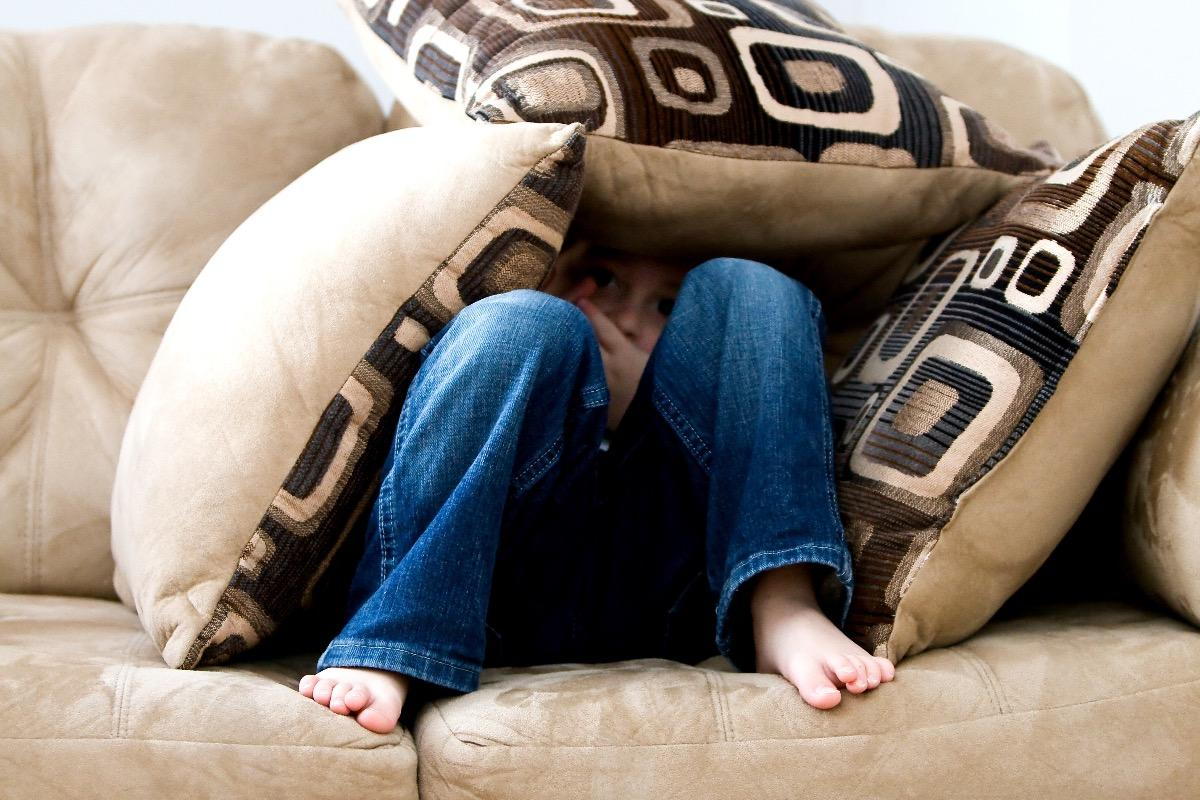 Pam, a young mom whose first-born was diagnosed with ADHD, felt at a loss. Every day, she watched her son, Brian, fidget – at the dining table, while doing his homework, while waiting in line at the store.

“It drives me crazy,” Pam admits with a small laugh. “I feel terrible about it, because when I talk to other moms, their kids have way more serious symptoms… like they’re aggressive, or they’re violent, or whatever. For the most part, my kid just has a hard time focusing on a simple task, or he fidgets. All the time.”

Children who have been diagnosed with ADHD typically need to constantly move, running instead of walking, climbing things that other children wouldn’t naturally think to climb. But another symptom that children with ADHD have is constant fidgeting. Fidgeting and ADHD go hand in hand.

Fidgeting is the act of making small movements with the hands and feet, due to nervousness or anxiety. Many adult caregivers tend to want to stop kids from fidgeting, because it looks awkward or disruptive. If you have a child with ADHD who’s constantly making movements like this, you’ve probably Googled “how to stop fidgeting” more than once.

But it actually turns out that fidgeting assists kids with ADHD in their ability to focus.

23 pre-teen boys (half of whom had ADHD and half who did not) were studied by a team at the University of Central Florida and their working memories were tested. In the half with ADHD, the team found that those children needed to swivel in their chairs or tap their feet while ruminating over the math and visual problems presented. That said, all the children moved while concentrating – it was just that those with ADHD moved more.

Fidgeting in kids with ADHD has been compared to coffee ingested by adults in the morning – like coffee for grown-ups, fidgeting helps kids with ADHD focus and concentrate.

Pam sought the advice of a therapist, and what was suggested to her surprised her. “I’ve been trying to stop him from fidgeting, and that was my whole focus – stop moving!” she says. “But (my therapist) said to me… hang on. Help him learn focus. Help him control his movements, which is really just something he’s doing to help himself. You can help move your child’s energy from what seems like pointless motions to something that’s creative or helpful.”

Here are some ways you can assist your child with his or her fidgeting. Here are some ADHD focus exercises that can help:

1. Doodling. Doodling, or drawing aimlessly, is a fantastic way to help your child stay on task while also being creative.

Doodling is a form of fidgeting. Even for people who do not have ADHD, doodling has been found helpful in maintaining alertness and wakefulness, especially during long, dry or monotonous tasks. In fact, it’s been proven through studies that doodling assist in not only focus, but in memory work too.

Dr. Jackie Andrade of the University of Plymouth in the UK conducted a study in 2009 that tested 40 people using a two-and-a-half-minute voicemail message. No one knew that their memories would be tested after listening the message. The half of the group that doodled while listening to the message remembered 29 percent more than those who didn’t doodle, meaning that those who were drawing aimlessly were actually paying more attention! Experts are still studying why this is the case, but it’s a popular thought that because paying attention for a long period of time is really stressful on the brain, doodling acts as a kind of a break from that mental stress. Doodling allows us to keep the focus we might otherwise lose if we stay bored. And because kids with ADHD have a more difficult time staying focused than we do, doodling is significantly more helpful for them than those for us who don’t have ADHD.

It's also been reported that doodling relieves psychological stress. Kids with ADHD also have the tendency to think negative thoughts, so doodling assists them get out of that zone and into a better place.

Here's how to stay focused better if your child suffers with ADHD.

2. Pick up some multi-colored pencils and tools. When Jenny, an artist and mother of three, picked up an adult coloring book for herself, it was in an effort to reduce her stress levels.

“I’m a structural artist… I’m used to welding things and working with wood and giant spaces. But I remember when I was still in art school, I felt the most calm and stable when I was drawing, coloring.

“I’m sitting there at the kitchen table one day that the kids were in school and I was coloring and I thought, ‘Oh my God. This is what Tate (Jenny’s 7-year-old son with ADHD) needs.’”

Jenny was right. The activity of coloring proved exceptionally soothing for Tate. “Like many other kids with ADHD, Tate is beautifully creative and expresses himself so well through art,” says Jenny. “No, it has nothing to do with being related to a mother who’s an artist. I think it’s really natural with ADHD kids to be able to communicate and play through art.”

The use of color provides kids with ADHD with a productive and non-verbal way to cope with daily challenges. Experts in the field believe that this form of self-expression provides kids with ADHD the ability to develop interpersonal skills as well as a way to manage their behaviors. In fact, art therapy is growing in popularity for kids with ADHD because it’s so successful in teaching kids how to explore their problems, improve their working memory and their attention skills.

An added benefit to using color – whether it’s through the use of coloring books or using different colored pencils for different tasks or projects – is the increase of serotonin levels in the brain. Coloring seems to raise those happy, excited emotions, and decreases stress, pain or anxiety. Coloring certain images (like mandala), have even been proven to decrease impulsivity.

3. Let them chew gum! We know – this is a surprising tip. Many classrooms actually prohibit the chewing of gum or eating in class. But for kids with ADHD, chewing gum during class time or while doing homework can actually help – it can increase test scores, and even assists in controlling negative, aggressive behavior.

Kids with ADHD tend to feel stress quicker and harder than those who don’t. They feel pressured by workloads, social activities and other factors, and their immediate reaction is to act out and be disruptive, because they don’t necessarily have the ability or patience to handle and deal with high levels of stress.

In 2009, the Baylor College of Medicine in England conducted a study that showed chewing gum actually reduces stress for kids with ADHD. They reported that chewing is soothing and helps calm nerves, thanks to its repetition. When kids with ADHD chew gum, they may have fewer behavioral problems or emotional outbursts. They also stated that chewing gum can cause a release of insulin, and therefore activates the memory part of the brain. This repetitive activity then improves a child’s concentration, which is typically challenging for kids with ADHD.

Chewing gum can be a replacement for jitters or other fidgety actions, which actually help focus. But instead of moving their hands or feet, the mouth is moving – and the child with ADHD then feels able to focus on other important tasks.

If chewing gum isn’t permitted in your child’s classroom, search local stores or the internet for something called “chewelry,” jewelry designed to replace gum or food that a child can chew on throughout the day safely. These are not the same as ADHD “fidgeting toys” (like fidget spinners), which may not be permitted in a classroom. These are worn by children and can be accessed at any time without the child having to retrieve them from a backpack or a desk, and are less likely to be lost.

Here are some foods your child should eat to help with ADHD.

4. Take walking breaks. Because kids with ADHD feel the need to constantly be in motion, it’s tough for them to sit for a long time. They want to squirm, quick, pick, stand up, climb or rock back and forth. This is because their bodies and minds want to move, all the time. Their impaired motor control centers don’t permit them to inhibit those impulses to move and be active.

When possible, don’t try to stop this need. Exercise is a fantastic exercise for anyone and everyone at any age and any condition, and it’s particularly beneficial for kids with ADHD.

Walking, especially outside, has three benefits. It improves elasticity of the brain, which helps kids learn and retain information. It releases endorphins (those chemicals that produce happy, good feelings) which helps kids feel peaceful and at ease. Finally, an outdoor walk is proven to make kids feel relaxed.

Studies have shown that kids who walk in a natural environment, like a park, come back more focused and calmer than kids who walk in a residential area or on urban streets. Walking anywhere is more beneficial than not walking at all, but try taking your child for a walk somewhere there are a lot of trees and grassy areas.

Exercising for an ADHD child is vital. In addition to regular walking breaks, add some aerobic activity to your child’s daily routine.

5. Try a “Bouncy Band” or rubber bands under your child’s desk.  Scott Ertl, a North Carolina-based elementary school counselor, developed a product called Bouncy Bands, a way for kids to move while sitting at their desks. A Bouncy Band is a long, thick rubber band that’s installed by being stretched on the legs of desks. The product has been proven so successful and helpful to kids all over the country that it’s won 10 awards since 2014.

Because kids with ADHD need to constantly move, but can’t always be permitted to get up from their desks during class time (for the reason that it’s disruptive for other kids, and because they also need to learn how to improve their own behaviors), Bouncy Bands have become a popular tool. They help kids with ADHD stay at their desks – without stopping moving!

Bouncy Bands, which are available on Amazon, are installed using support pipes that elevate the desk legs slightly. The band, which is said to be as thick and strong as tires, is then placed at foot-height. They are usually installed on desks, but they can be installed on chairs too. They permit kids to exert their energy without having to get up, and without noise.

If you don’t have a Bouncy Band, you can try a yoga band or a large rubber band and install it the same way. It will give your child something to kick while needing to swing his or her legs while seated.

If you have a child with ADHD and you’re looking for more tips to help stop fidgeting, visit us at www.hopetherapyandwellness.com for a consultation today.