Five tips on having a happy marriage and managing ADHD 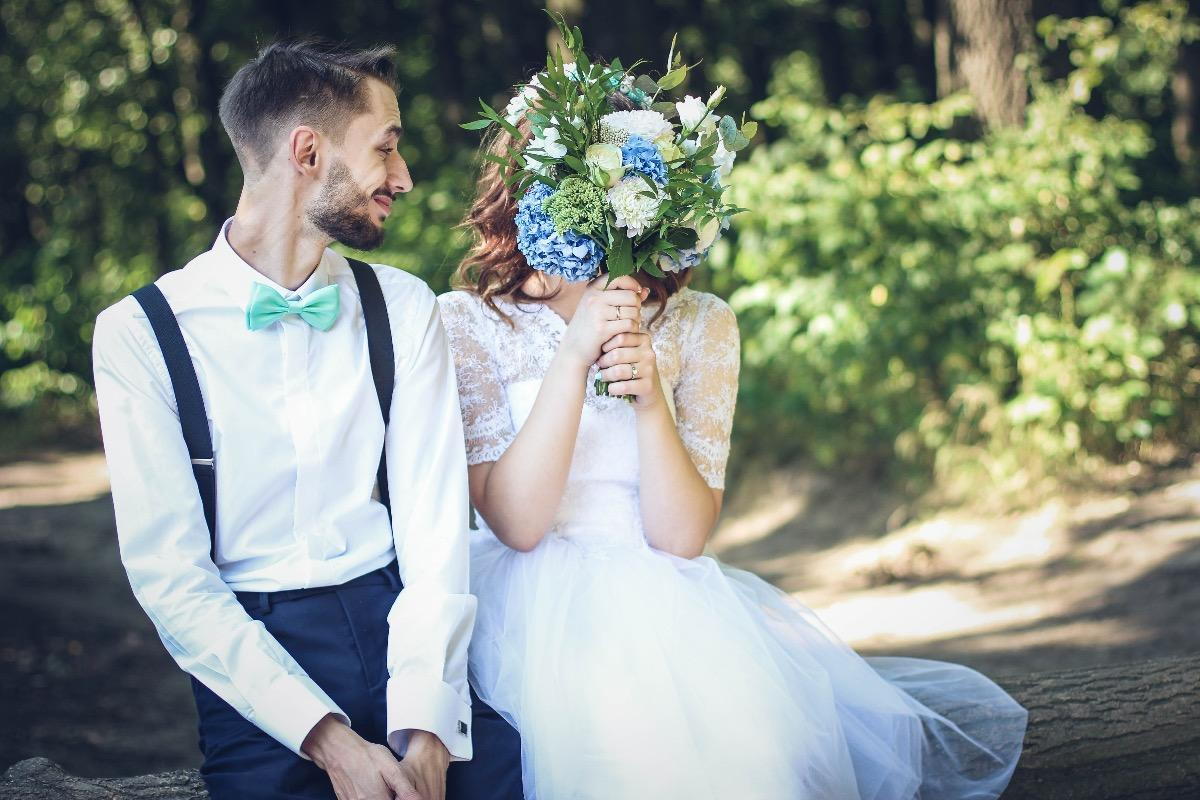 In the world of ADHD, the term ‘mixed marriage’ refers to a person with ADHD who has wed someone without the disorder. While the conversation is often centered around the person without ADHD – having to deal with his or her partner’s forgetfulness, lack of organization, or heated temper – there’s also stress on the part of the partner with the disorder. Ultimately, a mixed marriage is not that different from that of a marriage between two people without ADHD, or two people with it – it requires commitment, compassion, forgiveness, patience and love. But perhaps, in really trying times, just a little bit more.

Roger and Maggie have been married for 21 years. Over these last two decades, they’ve dealt with everything many couples do: juggling finances, raising children, managing the household and keeping the romantic interest alive.

But they’ve also had to learn to live with Maggie’s ADHD, which went undiagnosed in her childhood.

“When we first got married, it wasn’t a shock to Roger that I was a financial disaster,” shares Maggie. “I didn’t know how to manage a budget, keep track of bills, all that stuff.

“So very early on in the marriage, that was a responsibility he took on.”

But Roger began to realize that the weight of the financial responsibilities was only part of what he would carry – he often had to take on the household chores that Maggie would neglect to do, like taking out garbage, doing laundry, or making dinner, even as he walked into the house at 9 in the evening.

“She was sweetly apologetic, all of the time, and it was hard to get angry with her because you could just tell it wasn’t that she was forgetting or letting things go on purpose,” says Roger. “In the beginning I thought she was just overwhelmed with married life, because as all couples know who live together, that first year is nutty. You’re absorbing another person. I always just thought Maggie was extra sensitive… little things would bug her and her day would be completely thrown off.”

Maggie gave birth to their children, Mike and Ben, in quick succession. After the birth of Mike, their eldest, she elected to stay home instead of returning to her job as a cosmetic consultant. Roger was thrilled; he thought that at home, Maggie would be able to keep up the house while he retained responsibility over the bills. She’d be less frazzled, he thought, without the added stress of a full-time job.

“If I knew Maggie loved her job, I would have had no issue with her going back to it – I wanted to make it work no matter what,” Roger says. “But she just seemed so frustrated all the time. Scattered, I guess. I thought, well, okay, just focus on the house and kids and see how that works.”

For a time, it did seem that the focus on the homestead did the trick. Maggie had some difficulty in the first few months of motherhood, but supported by her mother and a housekeeper who came once a week, she seemed to be doing fine.

Not long after, the challenges returned. When their second son was born, “that’s when our marriage started circling the drain,” says Roger. “I was exhausted. She was exhausted. It had been years of messiness, literally and figuratively. I felt like I was carrying the whole load and she was always screaming at me for making her feel like a failure.”

Roger and Maggie enrolled in couples’ counseling six months after Ben’s birth. When their therapist urged them to participate in individual counseling to supplement couples’ therapy, they eagerly agreed.

“When I was diagnosed with ADHD, and it was explained to me what the heck that even was, I was shocked and relieved,” Maggie says. “I thought, ‘Oh my God, that’s what it’s been? Are you serious? Great! So there’s help.’’

You can have a happy marriage while managing ADHD

Some of the problems that may arise include emotional outbursts, forgetfulness, trouble paying attention, impulsivity, poor organizational skills that may affect finances, or keeping house. If you are the partner with ADHD, you may struggle to share with your partner how you feel: you may be carrying around guilt that your partner has to compensate for your shortcomings, or you may struggle with poor self-worth. If you are the spouse without the disorder, you may feel frustrated, disappointed, overwhelmed or angry, and don’t know how to stay in love with your spouse while suffering from such negative feelings.

Here are five tips on how to have a happy marriage while managing ADHD.

Learn as much as you can about ADHD. If you are the spouse without ADHD, study as much about the disorder as you can. No two people with ADHD are alike, but it helps to have a good understanding of everything the disorder entails. It’s been reported that as many as 15 million people in the United States have ADHD. But while it’s a very common disorder, there are so many misconceptions about it that you too, might have preconceived notions about it – and it may be affecting your relationship and how you see your spouse.

Some married people with ADHD have moaned that their spouse thinks they’re “faking it.” This is a common complaint. Studying about ADHD will show you the science behind the disorder, and that it is indeed very real. Those who live with ADHD don’t choose their symptoms, and they certainly don’t choose to live with the discomfort of these symptoms. While anyone can exhibit these symptoms at one time or another – many of them are part of human nature, of course, like forgetting something – for a person to be diagnosed, they must present a number of persistent symptoms over a period of six months or more. They must be so severe that it prevents the person from functioning well at work, at home, or in their personal relationships. An ADHD diagnosis isn’t made casually – if or when a person is diagnosed, it’s the real thing.

To learn more about the disorder, take a walk on the internet but make sure you’re visiting legitimate sites, like hopetherapyandwellness.com, or Attention Deficit Disorder Association (ADDA).

You can also attend ADHD-focused couples’ counseling. Find a therapist who has the ability to recognize what ADHD contributes to relationship distress, and more importantly how to mend it. With the right therapist by your side, you’ll soon see positive changes in your relationship that you previously may never have considered possible.

Don’t treat your spouse like a child. This is another common complaint among those with ADHD who are married – that their spouse feels more like their parent than their romantic partner.

“I loved Maggie’s innocence and spirit when we first met,” says Roger. “But you know, as life progresses, you expect your partner to grow with you.

“For me it was like she was stuck. Our kids got older and started doing chores, and they’d forget to do the chores, and she would too. So it was like I was parenting three of them, not just two.”

When your spouse has ADHD, it’s easy to take on the role of caregiver because you want to support your spouse. But remember that your spouse isn’t someone you have to coddle; the issue at hand is improving some of the things they’re challenged with, not repairing or “fixing” who they are.

When or if your spouse forgets to do the laundry or some other chore around the house, try being supportive instead of being aggressive. Instead of saying, “Why didn’t you do the laundry today?” or “You should do the laundry right now!” try saying things like, “Would you be able to start the laundry when you’re done that task? I’ve already put all the baskets in the laundry room.” Remind your spouse that your marriage is a partnership.

Divide and conquer. Consider sitting down with your spouse and writing out what your own individual responsibilities are within the household. For example, if you are financially keen and enjoy keeping the books in order, agree with your spouse that that’s your responsibility. If your spouse enjoys maintaining the lawn and garden, that will be their task to fulfill every week. Write it all down.

Joe, a 55-year-old advertising executive who has ADHD, says that what saved his marriage was a weekly check-in.

“Every Sunday evening, my wife and I would sit down and go over the whole week. She would share what bills she paid, what she did around the house, what she couldn’t get done. I then would tell her what I did, like fixing the fridge, or I took the dog for his check-up or that I installed a new pump for the pool. It’s probably all stuff we already know because we discuss in passing throughout the week, but what makes it work for me is the reinforcement aspect. It makes me feel like I’m a part of what she’s doing, or at the very least, aware of it. And I feel accomplished detailing what I’ve done over the last seven days.

“Every week I’m guaranteed to have a day or two, or more, when I feel overwhelmed and frustrated. But on Sunday, when we’re talking about everything we’ve done, I feel like, ‘Interesting. I got a lot more done than I thought.’”

The formal dividing of duties – and eventually the sharing of them – is a powerful way to highlight your partnership and show the level of commitment you have to one another and making your marriage work.

In the beginning of any relationship, people talk much more – that’s the time when they’re getting to know one another, sharing what they like, don’t like, what their dreams are, what their passions are, what their fears may be. Over the course of a long-term relationship, though, communication tends to fade. For many couples, communication occurs in the form of arguments or fights, and for those who struggle with ADHD, that’s an even more common occurrence.

Roger recommends setting aside a date night two to three times a month. “It doesn’t have to be elaborate, like a candlelit dinner at an expensive restaurant or anything,” he says. “It could be a night that the kids aren’t home, and you can be just the two of you.”

Don’t forget to play. The stress of managing a household can be draining, and even trying to maintain a date night schedule can cause frustration. Whenever you can, just have fun. Laugh together. Watch a half hour sitcom you both enjoy. Play cards or board games if that’s something you both like to do. Whatever it might be, talk to one another and have a good time together.

If you or your spouse has ADHD and you’re looking for further guidance on improving your marriage, visit www.hopetherapyandwellness.com.