What is the difference between stress and anxiety? 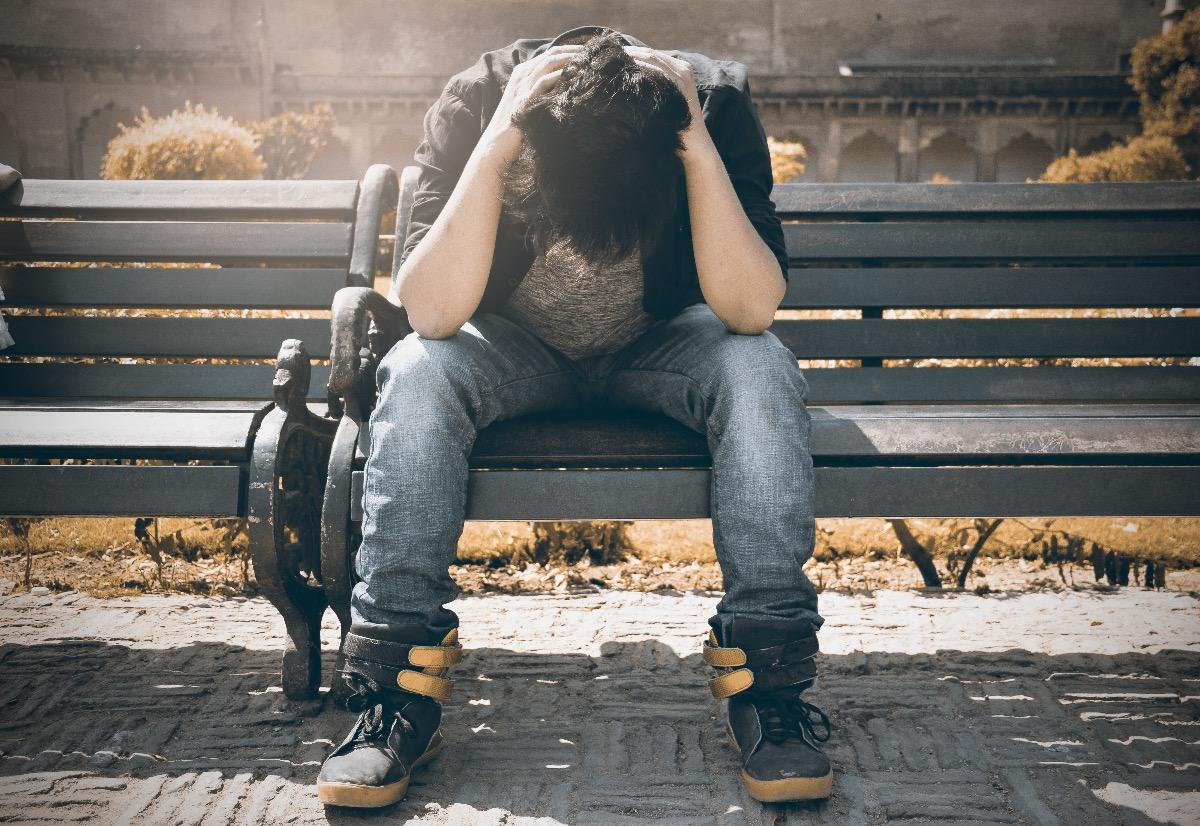 What is the difference between stress and anxiety?

Are anxiety and stress one and the same?

Stress and anxiety are often used interchangeably, so it’s not a surprise that they get confused. Similar to depression and sadness, which are also often mixed up, stress and anxiety share similar symptoms, but are markedly different at the core.

Read on for stories and information about stress vs. anxiety.

Sue is a mother of nine children, aged 7 to 27. She and her husband, John, live in a ranch on the outskirts of the city, in a home that they’ve been “adding on to since our third child,” says Sue. “In this house, the construction and the laundry never end.”

While Sue admits to loving family life, tending to every child’s every need, from knee scrapes to heartaches, daily she’s confronted with the challenges of life in an 11-person household. There are always dishes to wash, towels to launder, schoolwork to be signed, and bills to pay.

“You know those memes on the internet where the mom is on the toilet and there are all these voices outside the door and she just can’t relax?” asks Sue with a chuckle. “Yeah, those are made by people with three kids. I have nine. I can barely get to the bathroom, let alone have the luxury of voices behind a door!”

Over the years, Sue says, her mounting stress – some of it negative, some of it positive – has led to minor health issues like weight gain and sleeplessness. Some days are more stressful than others (like the year when eight of her nine children were sick for three days with the stomach flu), but for the most part, Sue says, her stress is bearable.

“Do I have bad days? Yes. Do I snap at my kids? Probably more than I should,” she admits. “But like my husband says, ‘A diamond is just a lump of coal that handles stress really well.’ I think that’s him telling me I’ve got this.”

Connie remembers the morning of September 11, 2001 as though it were yesterday. She’d just caught her ferry, and thanked her lucky stars she wouldn’t be late for work. She had recently been advised by her doctor that her breast cancer was in partial remission, so Connie had been feeling particularly hopeful, energized and full.  At 50, she felt like she’d been given a new lease on life.

Connie recalls the instant the plane collided some 40 floors above her office, causing a loud, crushing noise and the building to sway back and forth. She says that amidst the fear, the screams, the confusion and the horror, what she recalls most is the “organized chaos.
“It was probably as close to hell as I’d ever pictured in my mind. There was dust everywhere. People, shoulder to shoulder, filing out and through the streets like zombies. I remember it was loud, but I also remember not making anything out. It was complete and total pandemonium. There was no color. The world was gray.”

Today, Connie still suffers from PTSD and severe anxiety.  She has nightmares about “grey people,” of exploding buildings and thousands of planes in a fiery sky. She says she no longer has a sense of security, and has been taking melatonin and sleeping aids to help her fall asleep for the last 17 years. She hasn’t traveled by air since the attacks, and avoids public events as much as she can.

Connie now lives in Michigan, and she hasn’t been back to New York since 2001. But Connie still can’t shake her fears, suffering from hot flashes, headaches, muscle tension and irritability when attacked with anxiety. Her emotionally charged memories cause her to feel like she’s constantly in danger, feeling threatened by anything that triggers a memory of that horrific day.

Put simply, stress is your body’s physical, mental or emotional reaction to any kind of change. Stress can come from what’s going on around you (for example, a new job, a current job, or moving), your body (trying out a new diet, living with an illness), and your thoughts. Changes that cause stress aren’t limited to negative things – positive things can induce stress too, like having a baby or buying your dream home.

Even though humans are designed and built to experience and deal with stress, stress can become negative when you have no relief from it. You’ll end up feeling tired, drained, exhausted, overworked and overwhelmed, causing significant tension and wear on your mind, body, heart and spirit.

Stress has been linked to six of the leading causes of death, which include accidents, cirrhosis of the liver, lung conditions, heart disease, cancer and suicide.

Am I stressed? What are the warning signs?

Anxiety is your body’s response to those feelings of stress. If you’ve been experiencing extreme symptoms of stress for six months or longer, you may be diagnosed with an anxiety disorder.

Anxiety disorders are common, affecting men and women at any age and stage of life. However, the American Psychiatric Association does report that women are more likely than men to suffer from anxiety disorders.

What are the symptoms of anxiety?

Symptoms of anxiety vary from person to person. They include any of symptoms of stress (listed above), but those with anxiety disorders generally report rapid heartbeat, restlessness, sleeplessness and trouble concentrating or making decisions as the most prevailing symptoms.

Anxiety attacks are also common. These attacks usually escalate and worsen slowly, although at their peak feel like a shock to the system. The symptoms of an anxiety attack include the following:

Are there different types of anxiety?

Anxiety disorders are considered a group of mental illnesses. They include the following:

Generalized Anxiety Disorder (GAD). Generalized anxiety disorder is described as having chronic anxiety. There doesn’t necessarily need to be a trigger, and you feel worried, tense, scared and anxious most to all of the time.

Obsessive Compulsive Disorder (OCD). Obsessive-compulsive disorder is described as having repetitive thoughts or obsessive behavior. Some people with OCD turns light on and off to make sure they’re actually off; some wash their hands over and over again to ensure they’re clean; others ask the same question a specific number of times and don’t feel relief until they’ve done so. If a person with OCD does not complete these rituals, their anxiety builds and increases.

Post-traumatic Stress Disorder (PTSD). After experiencing a terrifying ordeal (for example, a shooting), or after living through repeated horrific events (for example, childhood abuse), some people develop PTSD. Specific sounds, sights or other elements can trigger PTSD – a soldier, for example, hearing fireworks may become upset, feeling as though he’s back at war.

Social Anxiety Disorder. Those with social anxiety disorder feel overwhelmed when in social situations, feeling anxious and very self-conscious. Some are scared to speak in front of people, while others don’t like eating with others. Some experience SAD with such intensity that it’s difficult to even leave the house.

Are there treatments for anxiety?

Anxiety disorders are generally treated with medication (including antidepressants, anticonvulsants, or anxiolytics), psychotherapy, or a combination of both. Many experts tout the benefits and success rates of cognitive behavioral therapy (CBT), which helps you recognize your negative thought patterns and behaviors and teaches you to reframe those thoughts and behaviors into positive ones.

You can also learn to manage your stress by doing the following in conjunction with medication and professional therapy:

If you are experiencing stress or anxiety, and need the guidance of a mental health professional, visit www.hopetherapyandwellness.com or book your free phone consultation by filling out an online request.